Athens has altered its original soil. The unrelenting urban development that changed the city after the Second World War had erased the natural soil and had substituted it with an artificial stratum built with the imposition of regular urban grids and with the repetition of a single building type, the polykatoikia. This new artificial ground couples the physical topography but it doesn’t take into account historical traces, natural elements or historical landmarks. With the modern urbanisation, the surface of the earth has been transformed into an economic device for speculation. Notwithstanding, the soil is still present and its ecological and cultural value can be rethought by filtering the Athenian urban landscape with the ‘Spaltung I + II’ series by the German artist Anselm Kiefer. Spaltung in German means fissuring or split: these works are engravings over an irregular clay surface spread on a sketch book. The use of the clay on paper denotes the existence of the soil as a permanent physical entity but functions also as a visual text that narrates collective stories.

The ‘Chorographia Atheniensis’, a map of Ancient Athens drawn and engraved by Sidney Hall in 1827, represents the original land configuration and the unaltered waterfront line along the Saronic Gulf. The ‘Spaltung’ piece is thus intersected with this map to imagine a pre-modern geography that had been existed before any kind of artificial alteration (Fig. 1). The reconstruction of the natural state of the ground brings to the fore its original conformation that stands under the relented extension of the concrete mantle of polykatoikies. This condensed and thick artificial layer had been shaped by the reproduction of the polykatoikia and it excludes any visual and functional relationship with recognisable points of reference in the ground. The only exceptions are the numerous hills that emerge from the concrete mass and that dramatically declare the presence of the soil underneath (Fig. 2).

Beyond the urban grid, Athens is composed by akalyptoi, a myriad of hidden and inaccessible residual spaces inside the urban blocks. A contradiction resides in the nature of these spaces which informality eludes the rigidity of the grid: they are inaccessible but also the only available uncovered space (fig. 3). Opposed to this complete separation between the public realm of the streets and the hidden akalyptoi, the famous map of Rome called ‘Nuova Topografia’, drawn by Giovanni Battista Nolli in 1748, stands as a paradigm of continuity between open and enclosed public spaces. The ‘Nuova Topografia’ is thus merged with the aerial view of Athens taken from Google Maps, and filtered with the selected artwork by Kiefer. This collage envisions many transformations inside the grid of urban blocks that may happen at the ground floors of the city altering the streets patterns and the akalyptoi shapes. New typologies of voids finally plug in the akalyptoi into the public network of streets creating sequences of diverse open public and semi-public areas that stands as a deviation from the stiffness of the urban grid, (Fig. 4).

On the basis of these considerations it is possible to envision an horizontal transformation of ground level of the existing city. Since the city reclaims more public spaces and urban landmarks, a widespread action that involves the entire urban landscape is required that may involved both covered and uncovered surfaces. Because the natural soil is mostly covered with buildings, it is necessary to operate in an intersecting way within the urban section. Streets should be rethought from being asphalt surfaces for vehicular traffic into new linear parks that may offer alternatives and options for the daily collective living. At the same time, the substituting the surface with a natural ground may solve many environmental issues, like water rain drainage and air pollution (Fig. 5). Public uses may be placed also in the unused or abandoned ground floors of the buildings, the residual spaces of the city. The solid city will be eroded trough a process of appropriation of these spaces, crossing the boundaries between public and private. The polykatoikia, a flexible and mixed-use system, expands its program including at its ground floor collective space for leisure open to everyone. These new intermediate spaces finally link the public and the private realm, the streets and the akalyptoi, in an unprecedented continuity (Fig. 6). The horizontal extension of these operations all along the ground level constitutes a program to build a new city inside the existing one. 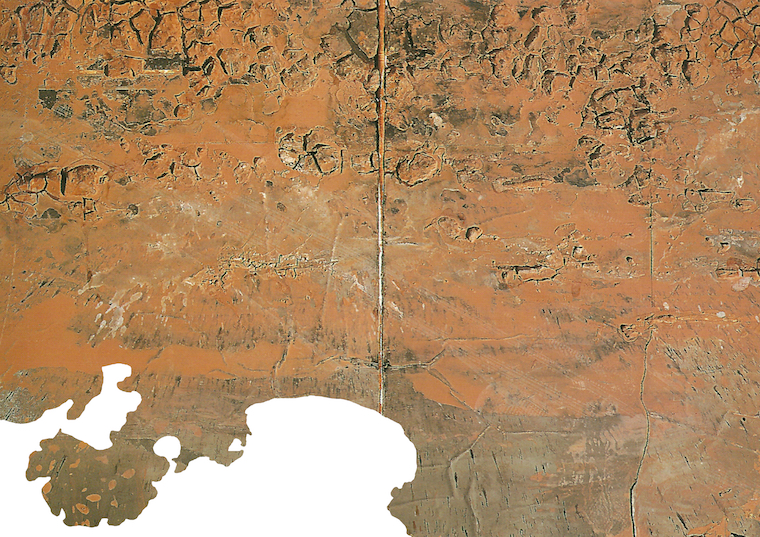 1. The pre-modern geography of Athens, using the Hall map of Ancient Athens and the Kiefer’s ‘Spaltung I + II’ work 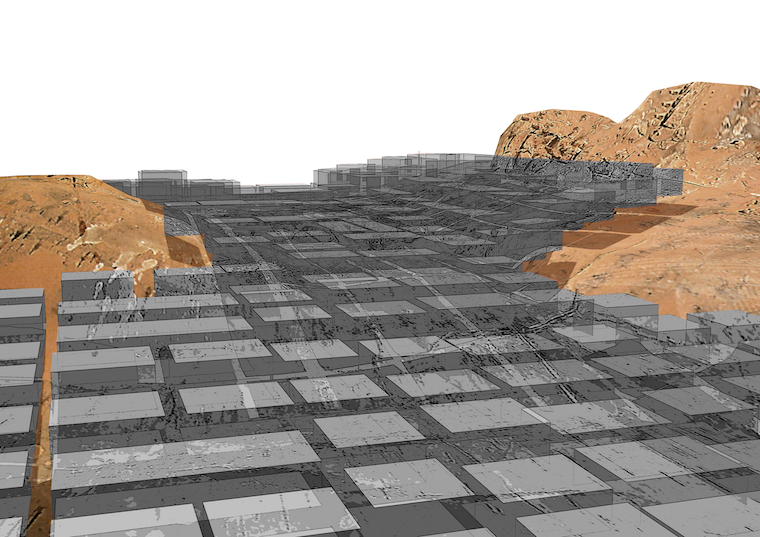 2. The mantle of polykatoikies over the natural surface of the ground 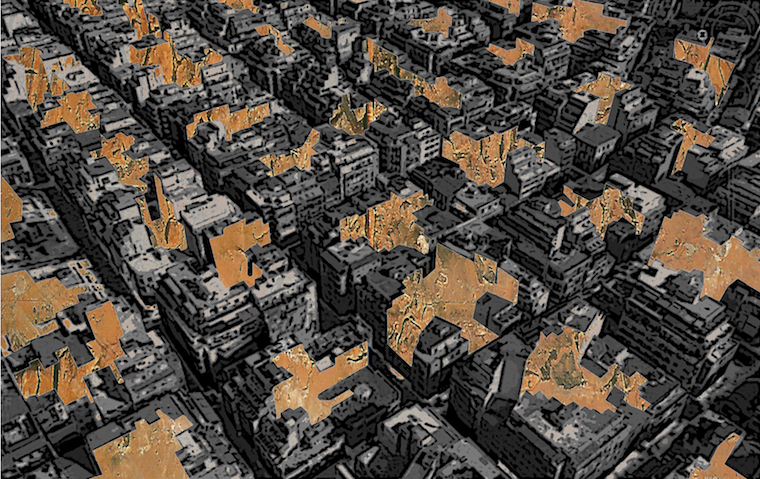 3. The irregular network of akalyptoi inside the building blocks 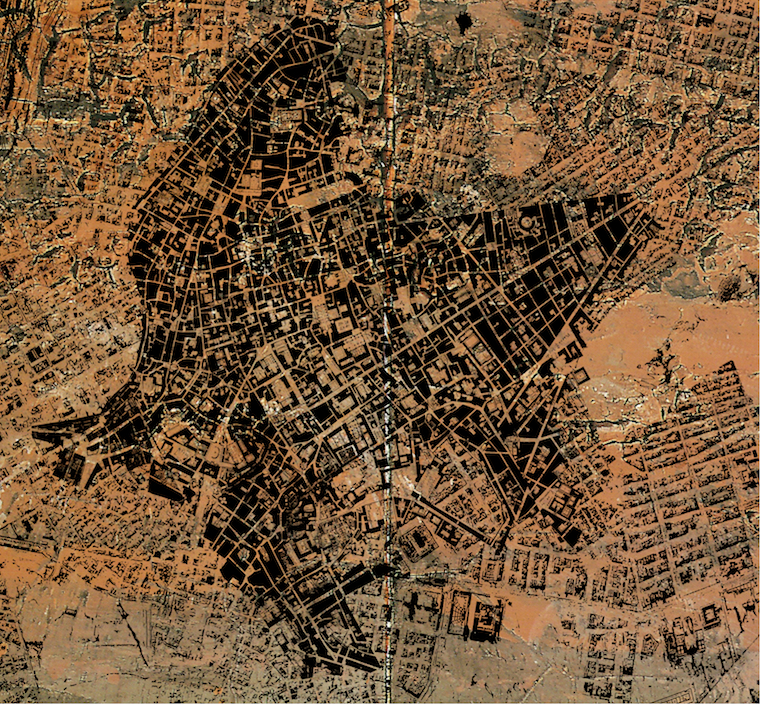 4. The map of the new public realm of Athens, using the aerial view from Google, the Nolli’s Map and the Kiefer’s work 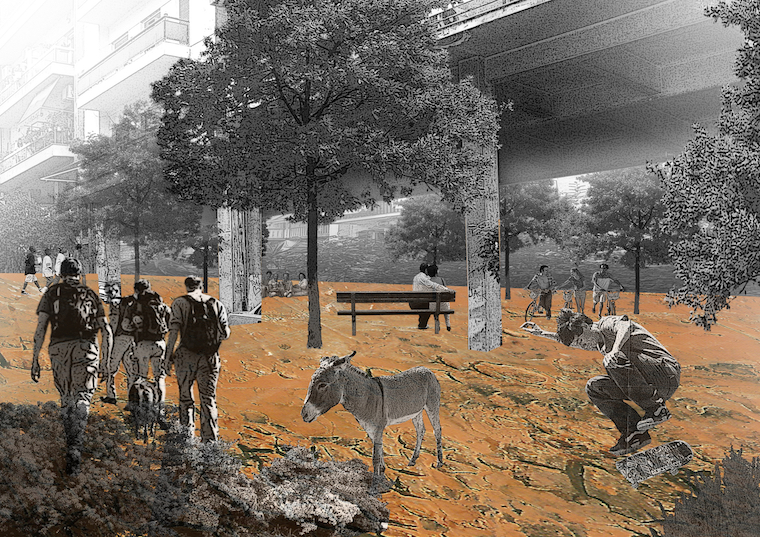 5. A street between the polykatoikies 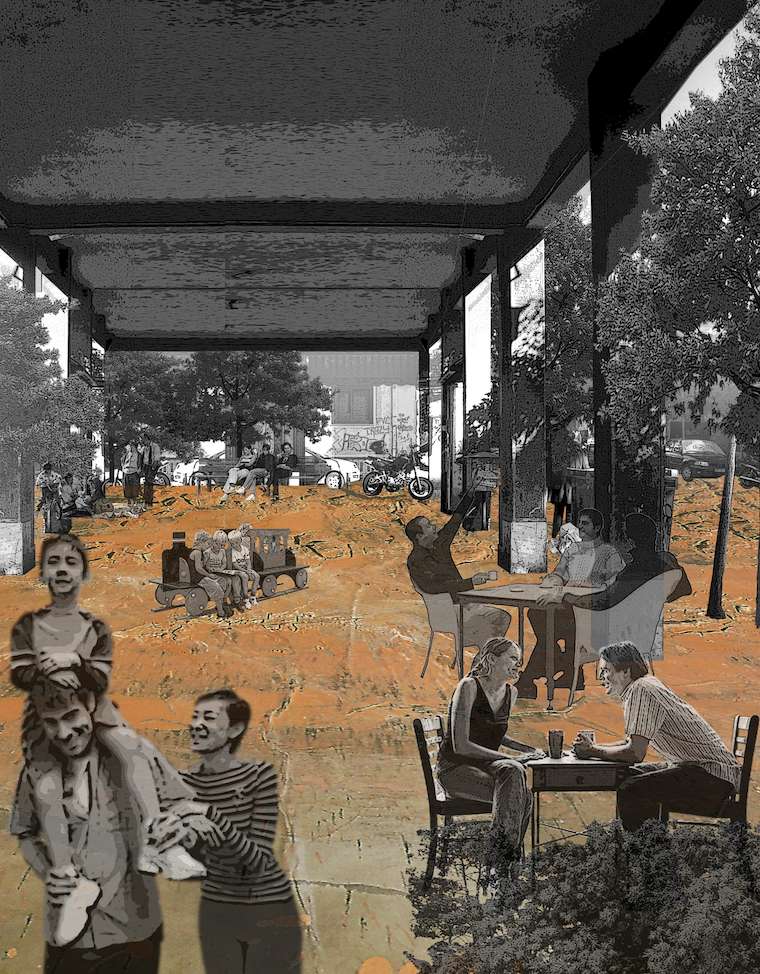 6. The transformation of a ground floor under a polykatoikia

+
An earlier version of this work was presented in Urban Transcripts 2010 “Athens: urban (r)evolution through individual spontaneity in the absence of planning”, in Athens, Greece, December 2010.

Fabiano Micocci graduated from University Roma Tre in 2002 and he has a Specialization Course in “History of the Design Process” (2003). He obtained his PhD degree from the University of Florence in 2010. He taught at the University of Florence (2007-10) and the Lebanese American University (2013-14), as well as in many International Workshops. Actually he is teaching at the March in Architecture and Urbanism at the Akmi Metropolitan College of Athens and at the University of Thessaly in Volos. In 2014 he took part in the “Inclusive urban strategy and action plan for Bab-Al Tabbaneh and Jebel Mohsen”, a post-conflict development plan for the city of Tripoli (LEB). He is a founding member of NEAR architecture (www.neararchitecture.com), an office based in Athens and Rome working on small and large scale design as well as theoretical research, actually building a public space in Rome (IT).