In everyday life, city residents adopt and transform urban spaces for their own use. An individual subconsciously invents tactics, invisibly transforming and reinventing space according to his or her own lifestyle, thereby spawning new spaces altogether. The future city, that is one with the aim of being a “city of the people” presents a challenge to Architects and Urban Planners who increasingly need to recognise these processes and use them to create strategies for the further development of the city.

The development of more alternative and experimental models of living in contrast to those based on more standard and accepted ways of life, models which have the ability to flexibly adapt to the perpetual changes of society and the needs of the urban dweller, is essential for the current and future development of the city. This means that processes – instead of results – need to become the objects of design; processes that originate in the coexistence of city dwellers from which new situations and networks emerge.

One such experimental strategy has already been implemented on a number of un- or under- used places in London. Forgotten sites – like empty lots or vacant buildings – offer space for temporary buildings, spaces for interim uses or spontaneous, creative interventions. These pioneering projects taken together form what we think of as a new borough within the city itself, one named Hidden Borough, a borough without fixed borders and which is spread like a rhizome-like network over the city. Hidden Borough exists wherever surprising situations and communal spaces of interaction are created and flourish. Individually, the projects or interventions remain invisible, like the subconscious adoption and transformation of space by city dwellers in their everyday, collective rhythm. Taken together as Hidden Borough, however, these interventions offer a model, a strategy towards a new and sustainable urban development.

Activating vacant spaces means opening spatial possibilities, in which otherwise separate worlds inhabit the same collectively used public spaces, giving new impulses to the regeneration and transformation of the city. Hidden Borough is first and foremost a philosophy, an idea which only exists in thought. In this context, however, a platform which understands the activation of vacant buildings and spaces as an urban planning strategy could be developed with the aim of connecting existing actors and bringing attention to potentially transformable spaces. 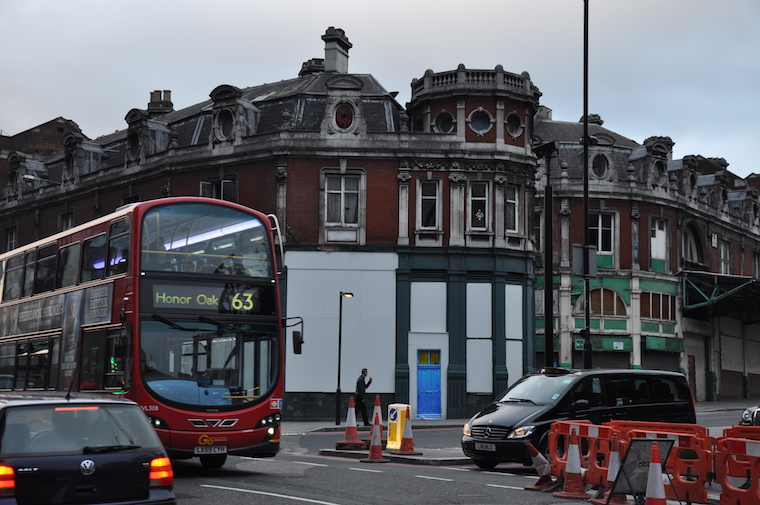 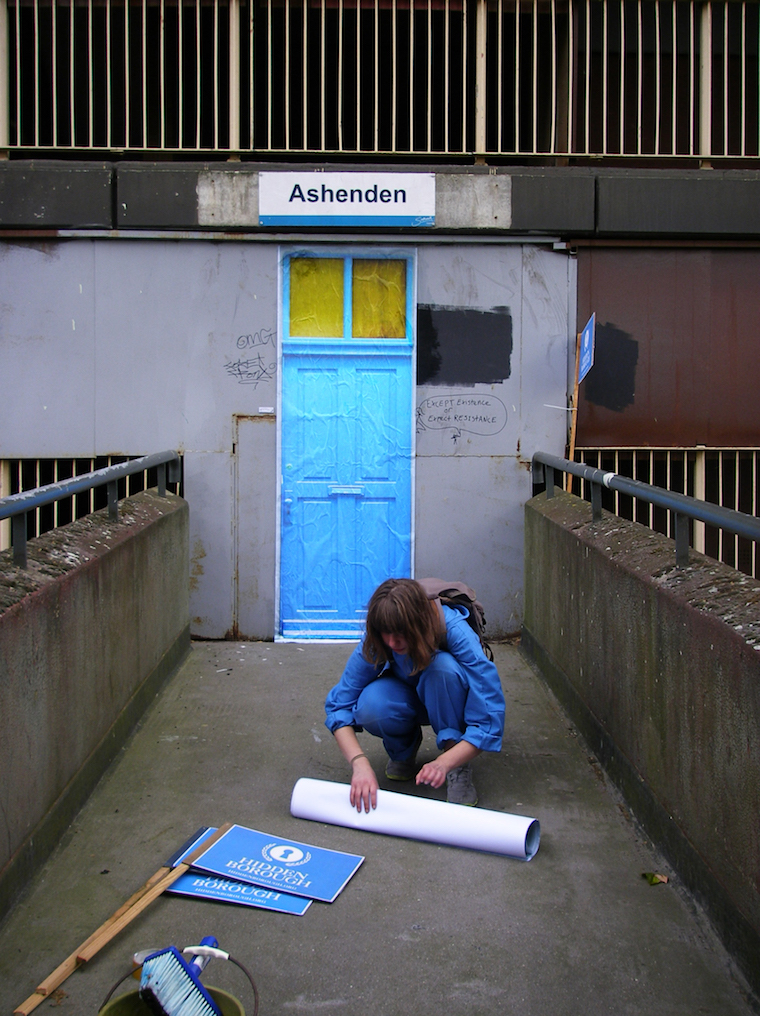 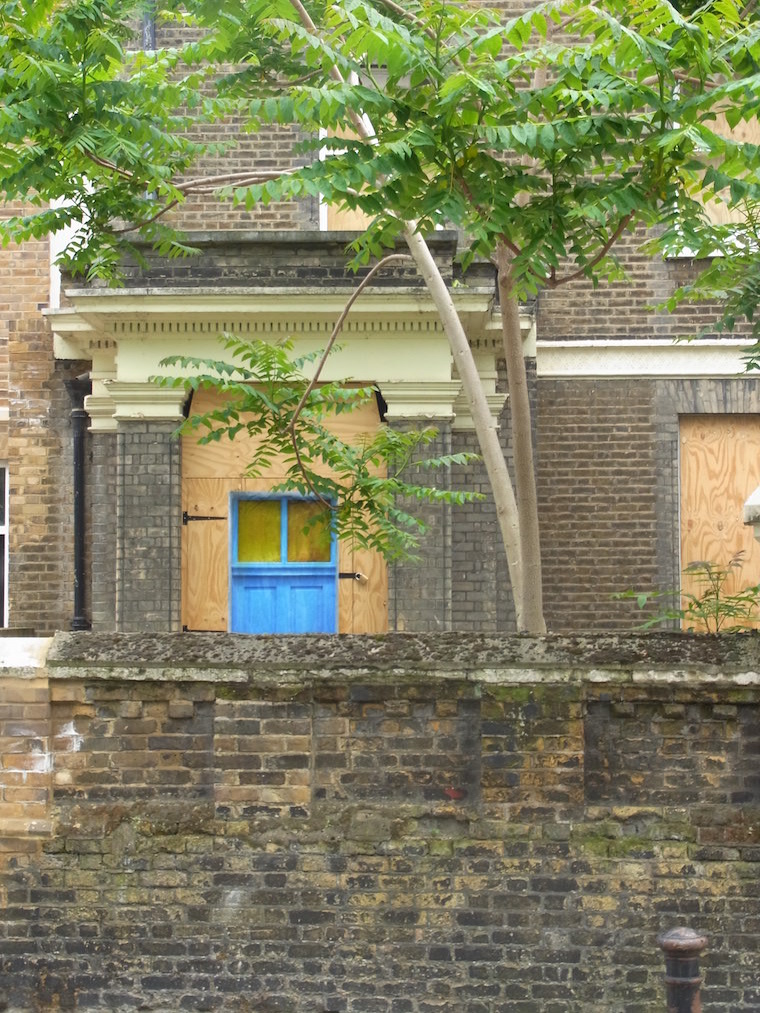 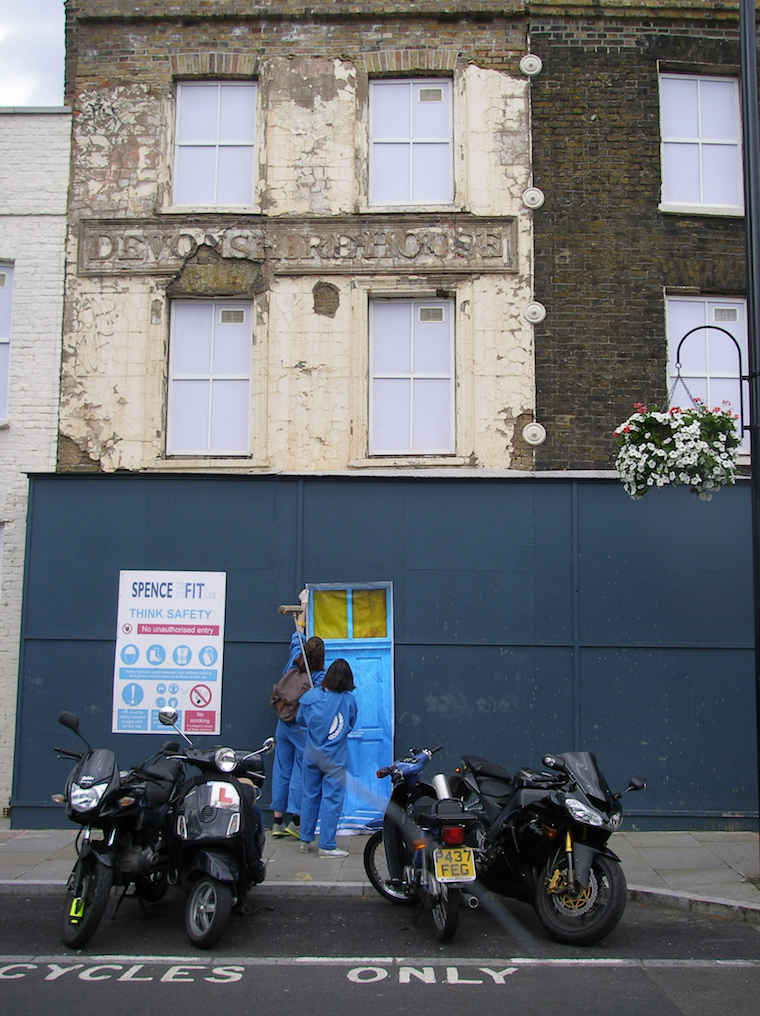 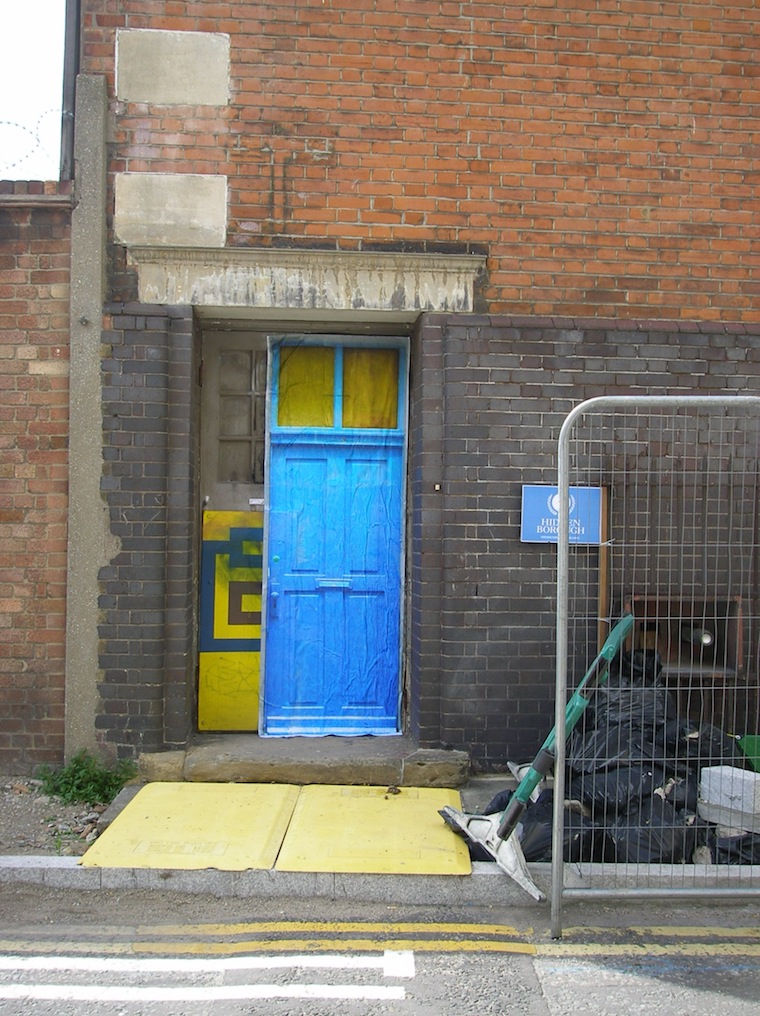 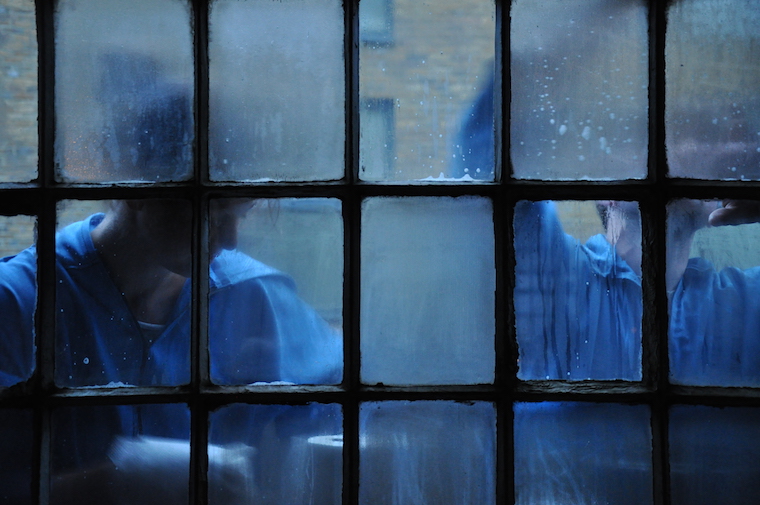 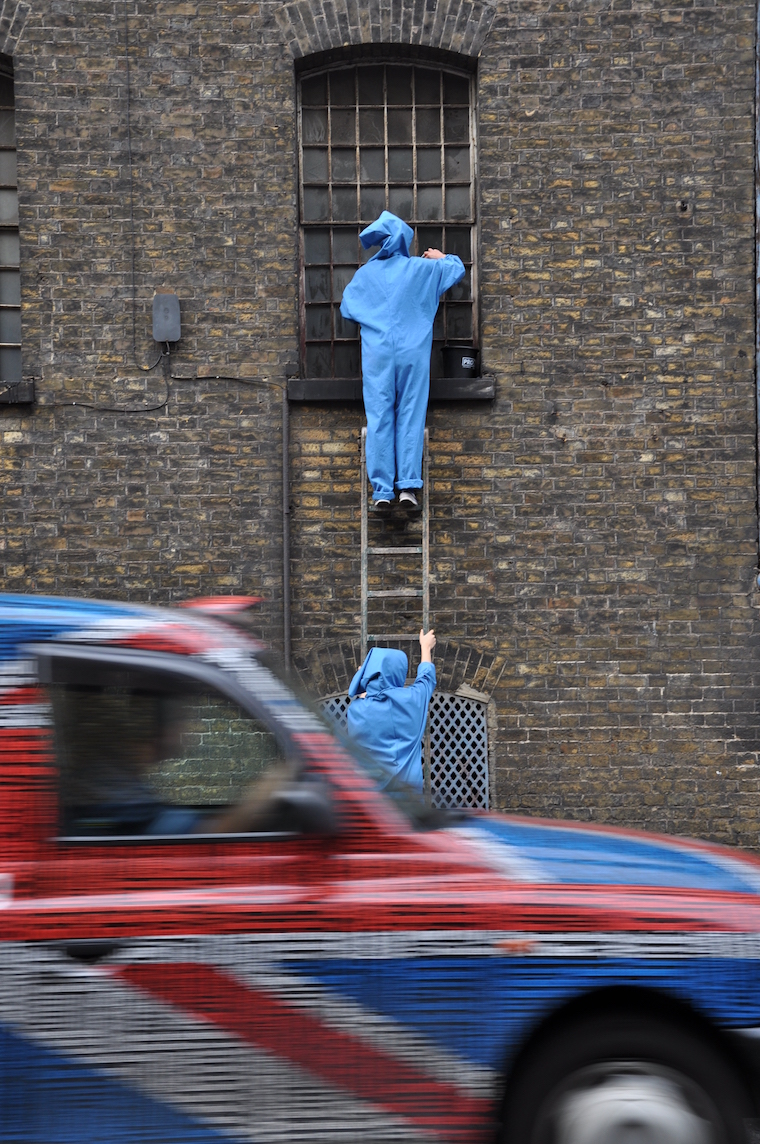 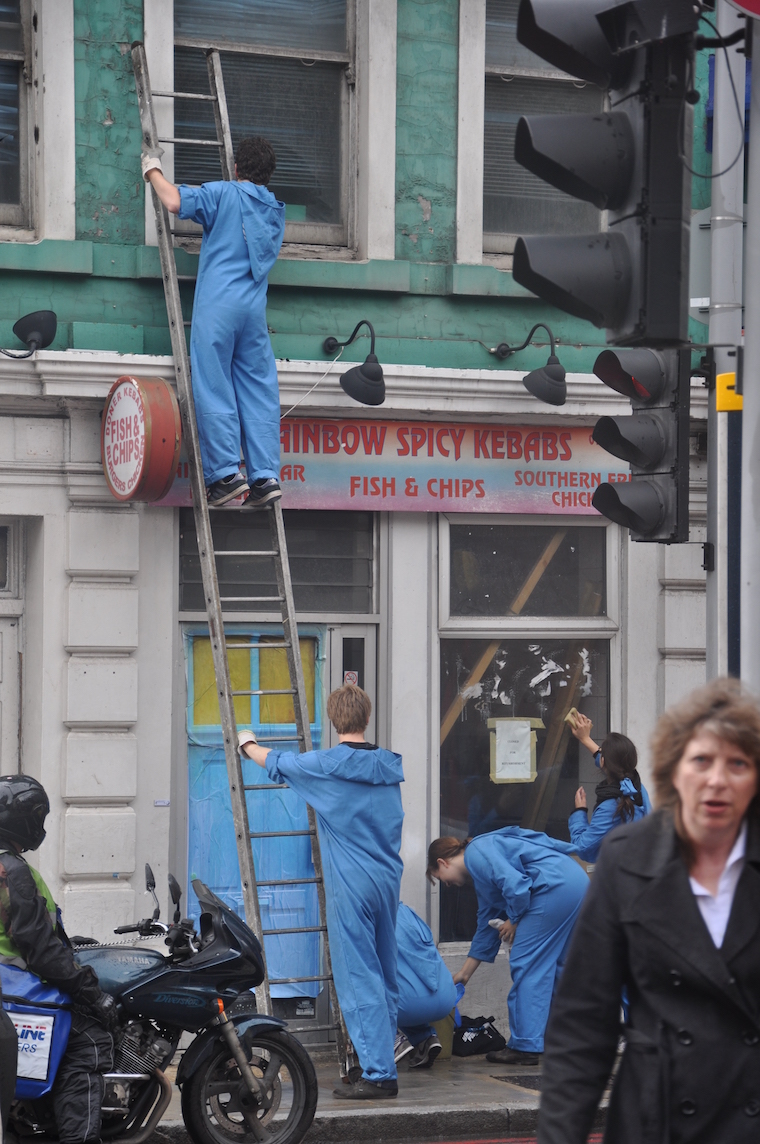 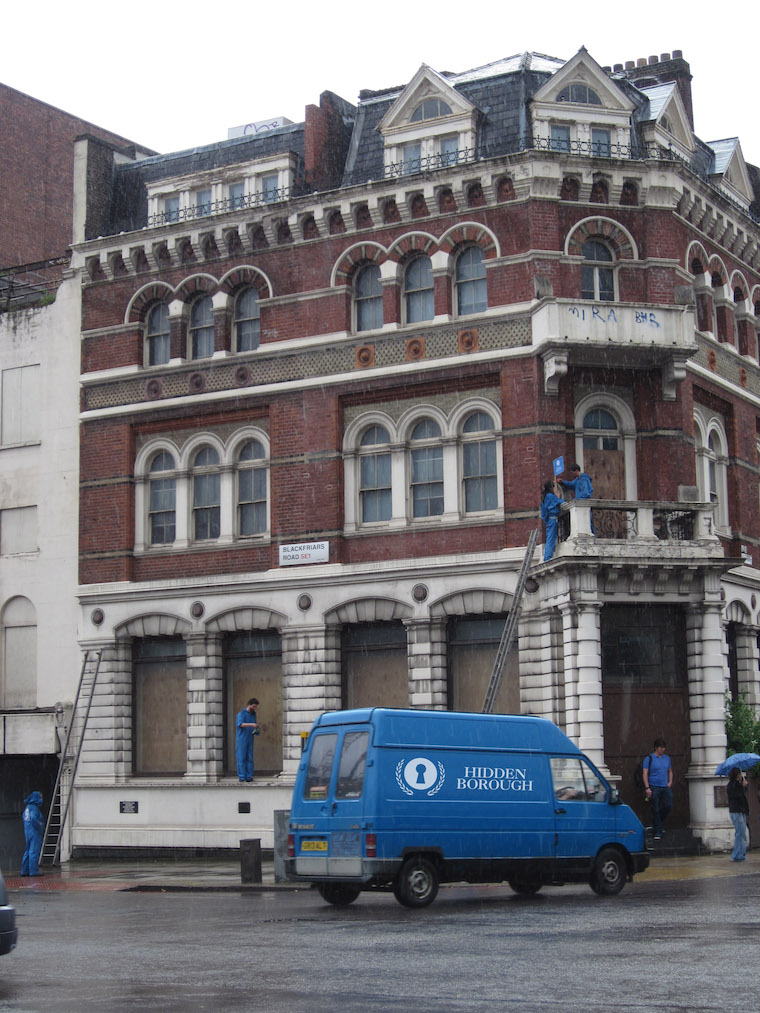 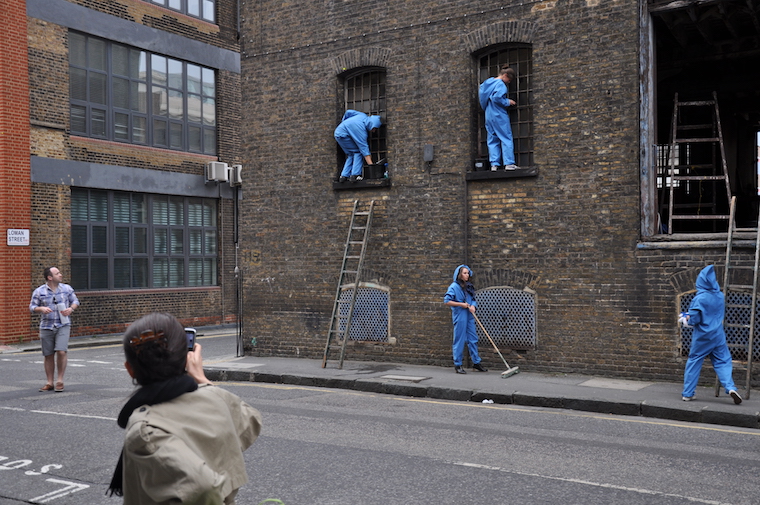 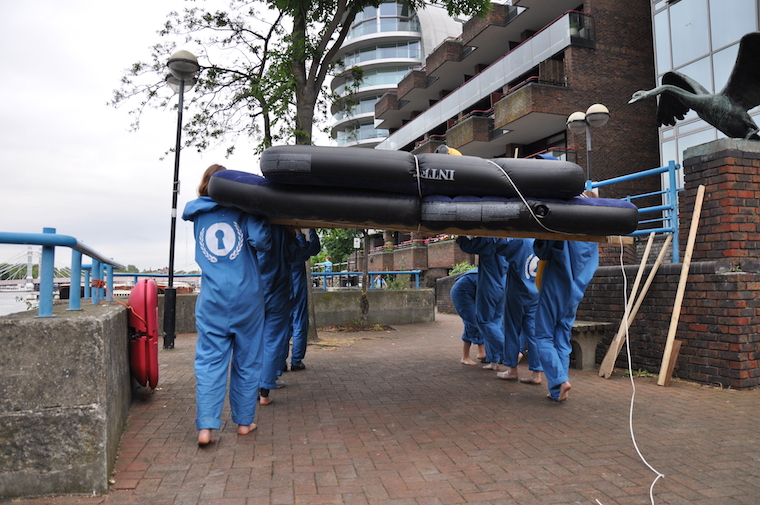 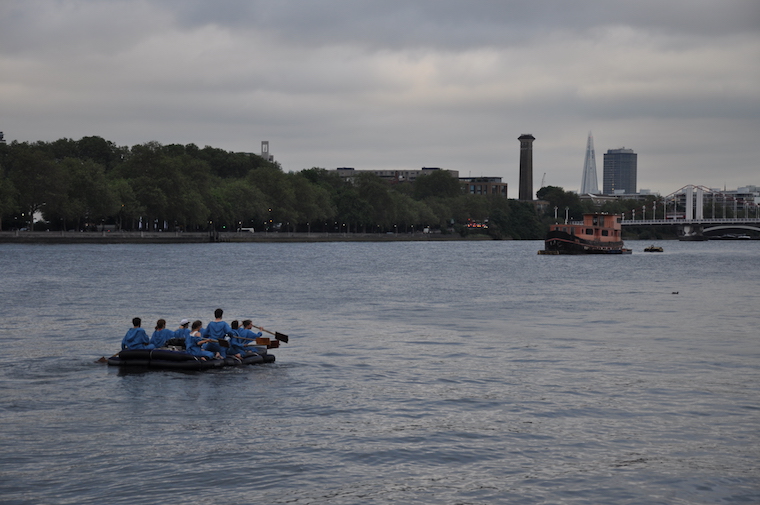 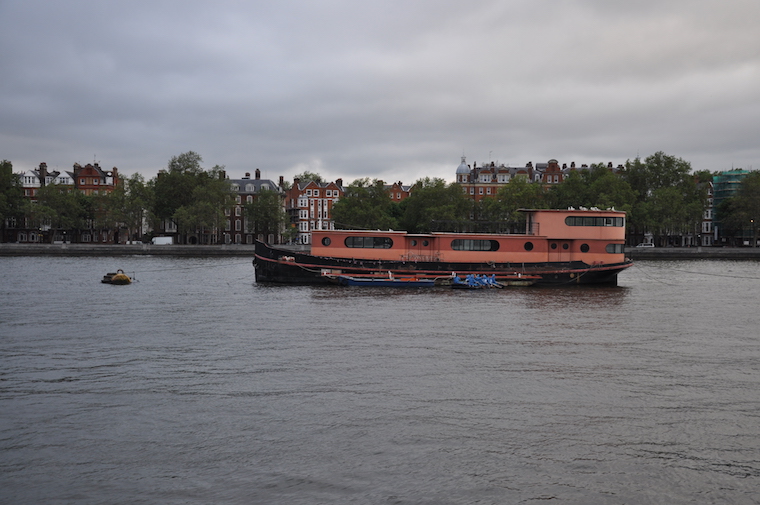 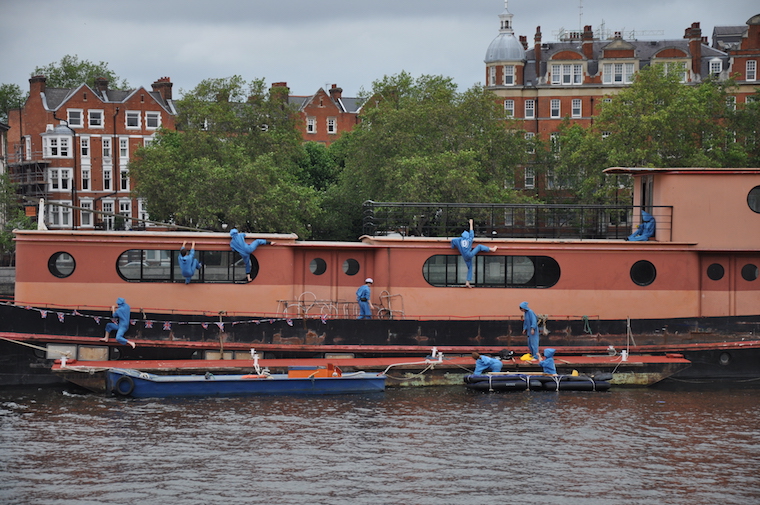 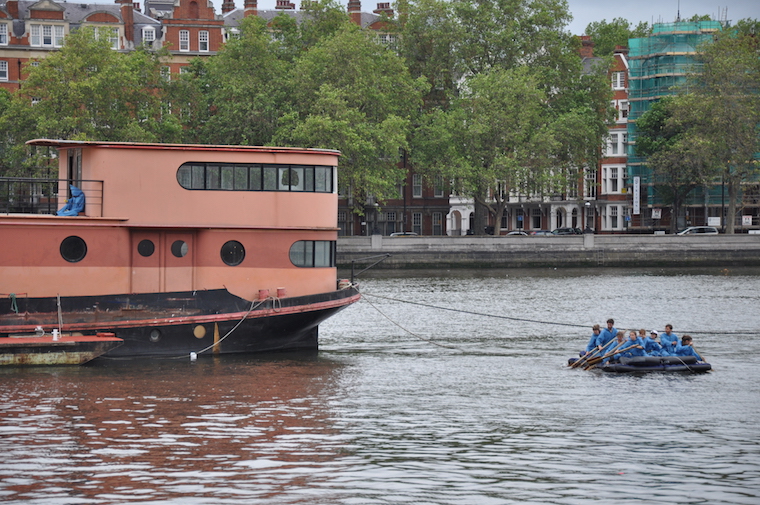 Guerilla Architects is an international network of architects that focuses its work on the forgotten and unused resources of our cities; a loose collective of thinkers, makers, theorists, planners, pedants and scatterbrains, in-between the fields of urban planning, built and temporary architectures, art production, cultural history, theatre and art. Coming from different parts of Germany, Italy and Bulgaria, they are based in Berlin, Göttingen, London and Sofia. Sharing a common squatting experience in London in 2012, the name “Guerilla Architects” evolved through the need to defend before court. The intense experiences in occupying the spaces in-between – in a political, legal or architectural way – as well as questioning the socio-economical structures of the cities, connects the group until today. The name also reflects the discussion of the architect’s profession and its societal boundaries and constraints. They focus on unconventional and subversive transformations of public spaces.