The project was conceived as a M.Arch Urban Design thesis at The Bartlett School of Architecture (UCL), London, 2009. Being located at the confluence of the river Lee and the river Thames, the project takes inspiration in the site’s rich, mainly industrial, history (East India Docks) and its specific characteristics – tidal mud.

It is a project which celebrates experimentation with alternative solutions, with nature, with surrealism. It is a utopian fantasy; the creation of a self reliant community where crazy architectural components, recycled structures and machinery are intertwined with bizarre natural forms. ‘Composed’ by its people, it is a place where diversity and imagination are celebrated; a dynamic, ever-changing urban form with very few compositional rules and no aesthetic control, where nature and its chaotic yet precise character could thrive.

Central to the proposal is an inhabited working (24/7) crane assorting units and reorganising public spaces according to people’s needs. Surrounding tidal mud is mixed with earth and used between units to ‘grow’ the landscape and ‘tie’ the community together.

The author tells a story of his (the uncle’s) imaginary lottery win which allows him to purchase the site, invite professionals / friends to develop and share the vision. They develop a few rules and guidelines for the community, build the cranes, plant the landscape and assort the first few homes for themselves. Then the uncle mysteriously disappears leaving the community to grow and develop without his further involvement. The author plays this out by building a base model, preparing the inhabitation units, inviting 5 of his friends to whom he explains his vision and a few building rules (e.g. span of the cranes) Then he gives his friends some plasticine and allows them to build (assort) the community without much of his involvement. 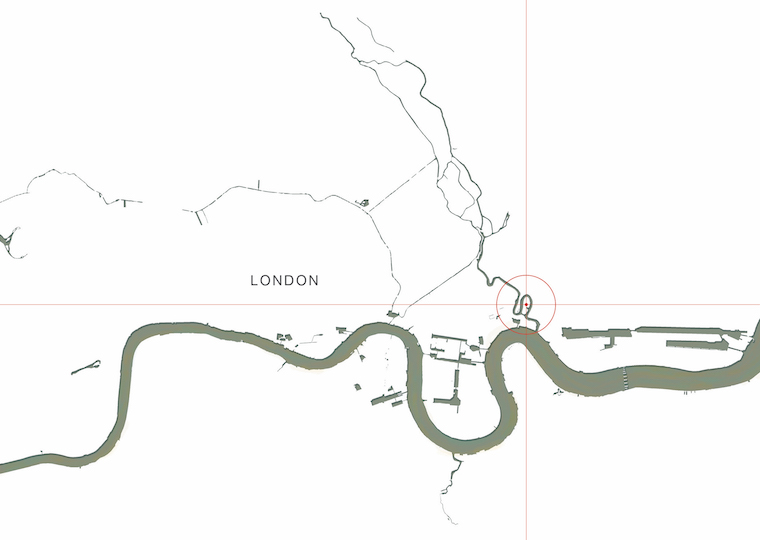 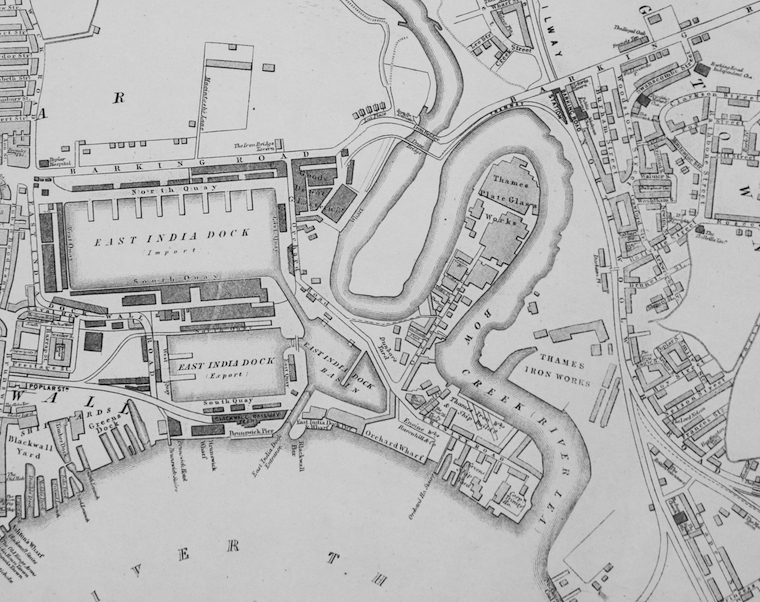 2. Site in 1869 (a photo copy from London Museum of Docklands archives). East India Docks
fully operational at the time. Surronding area is incredibly poor yet with a very strong sense
of community. The rivers shape their lives. 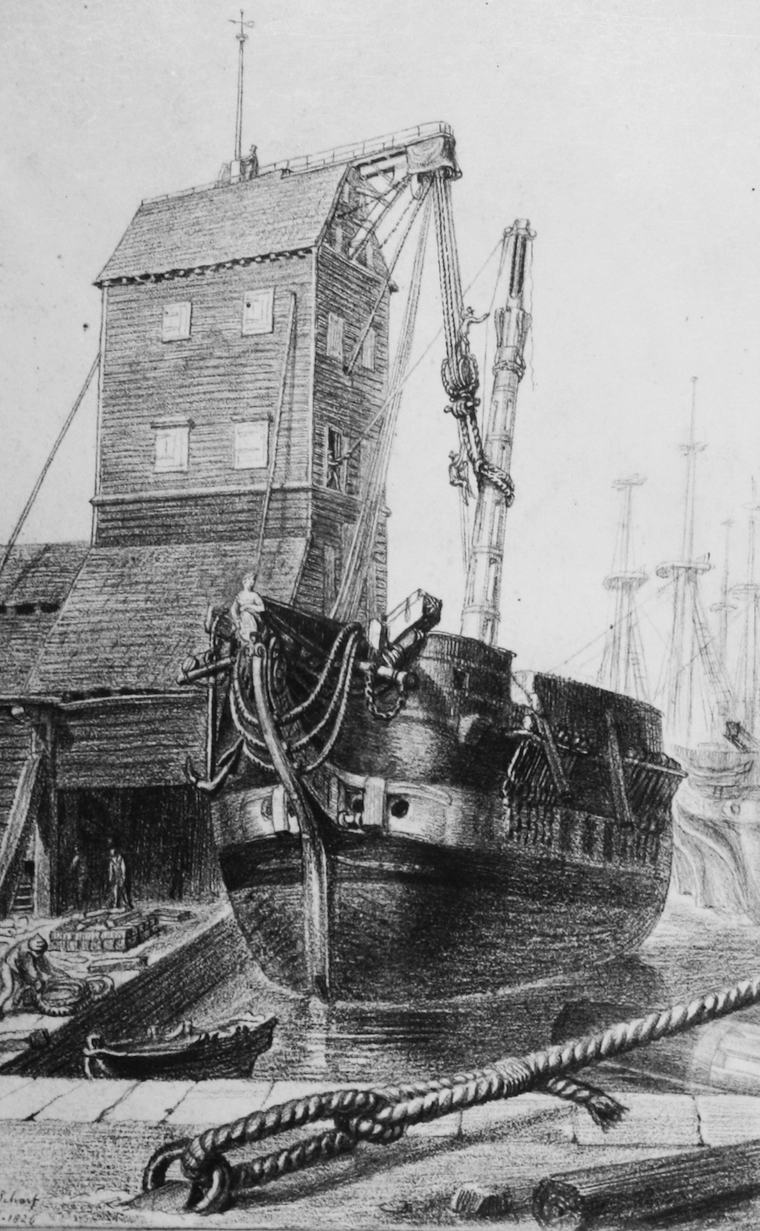 3. The Mast House, 1826 (a photo copy from London Museum of Docklands archives). Inspiration
to have a similar landmark for the project. 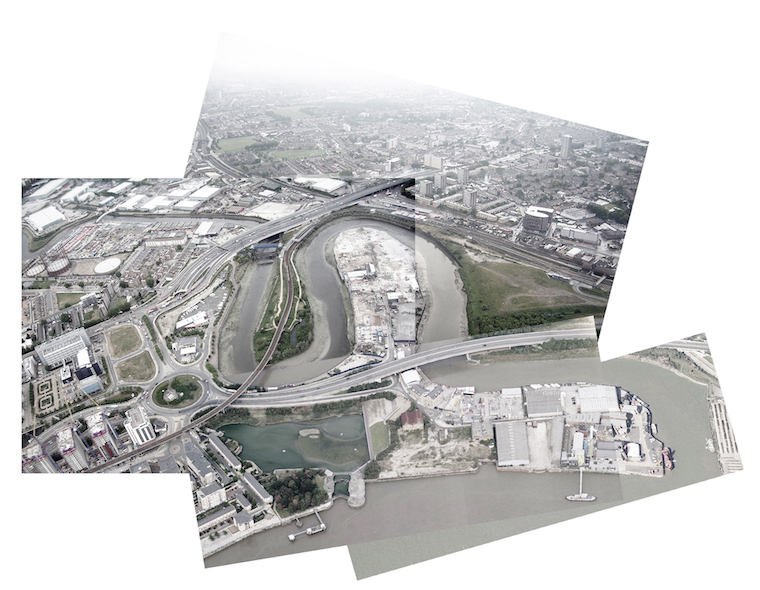 4. The site in late 90ies. Most of East India Docks are filled in. It’s still a poor, industrial part of
East London. 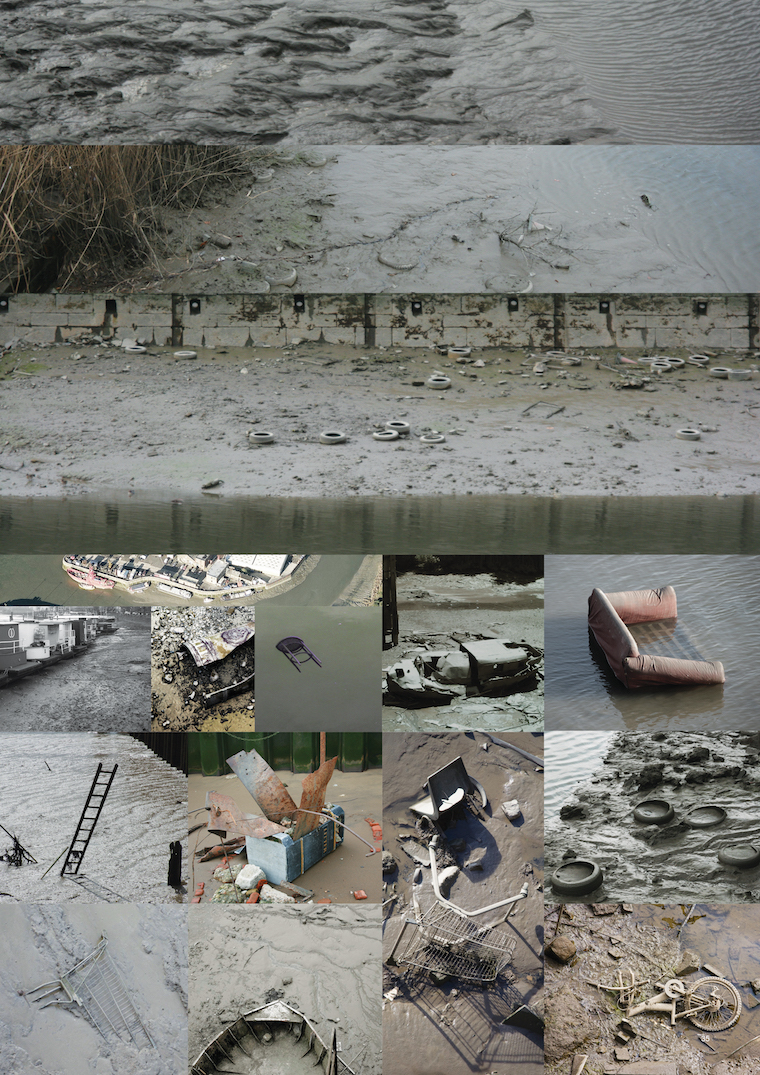 5. Highlights of the site / existing conditions. The tidal mud and layers of history with accumulated
objects ‘eaten’ by the mud. 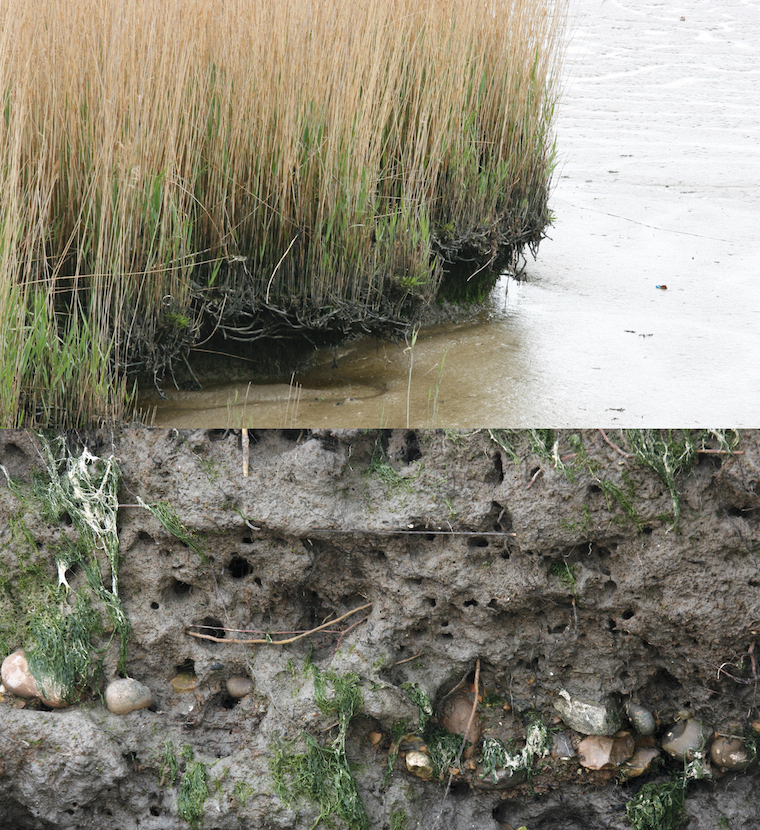 6. The site as it would be if it remained untouched. Picture taken further down the River
Thames. This forms the main inspiration / aspiration for the project – habitation in the mud. 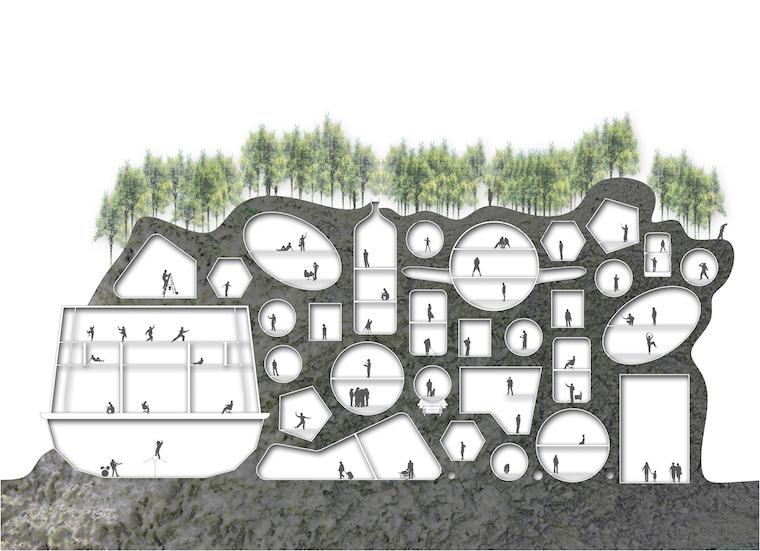 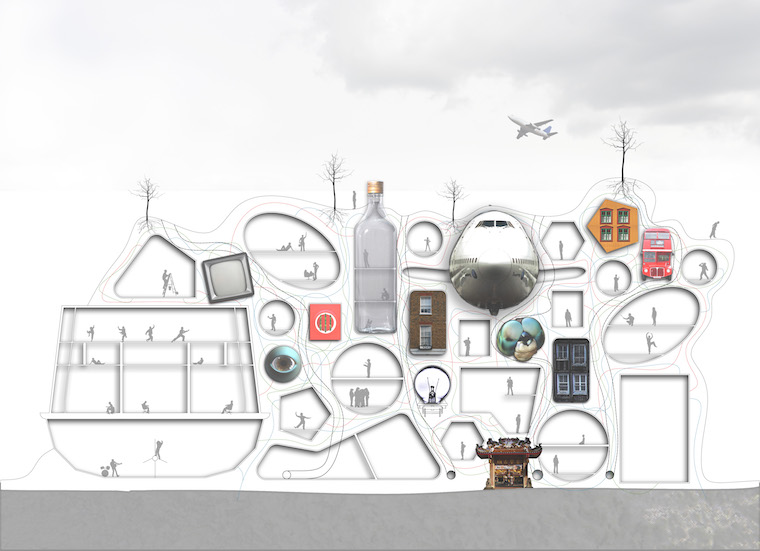 8. Habitation in various forms and kinds of units tied together by the mud 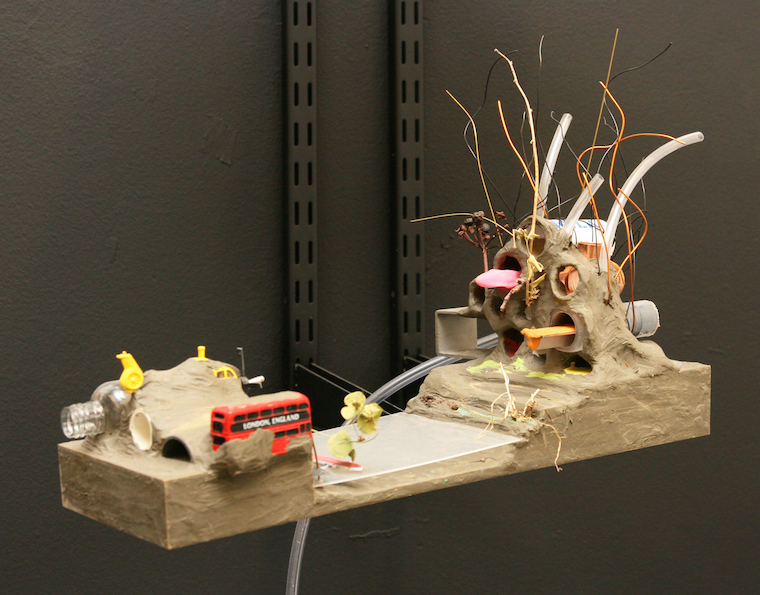 9. The first test model of habitation 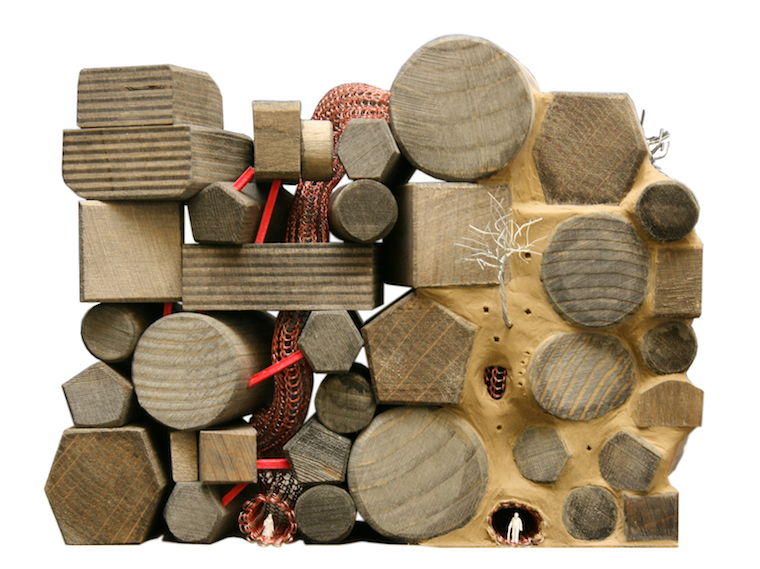 10. Stacking principle of habitation units. Mud being used as a structural binding material +
medium for soft landscape to grow. 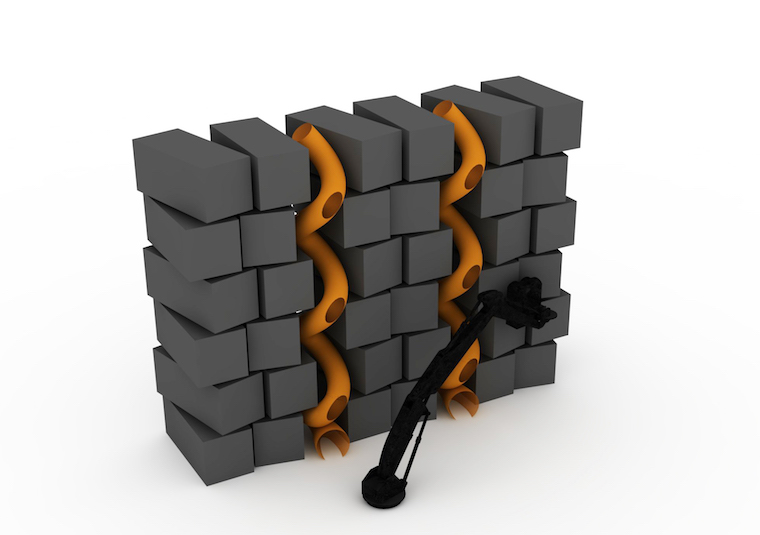 11. Stacking principles and access. Lift-crane takes residents directly up to their units. 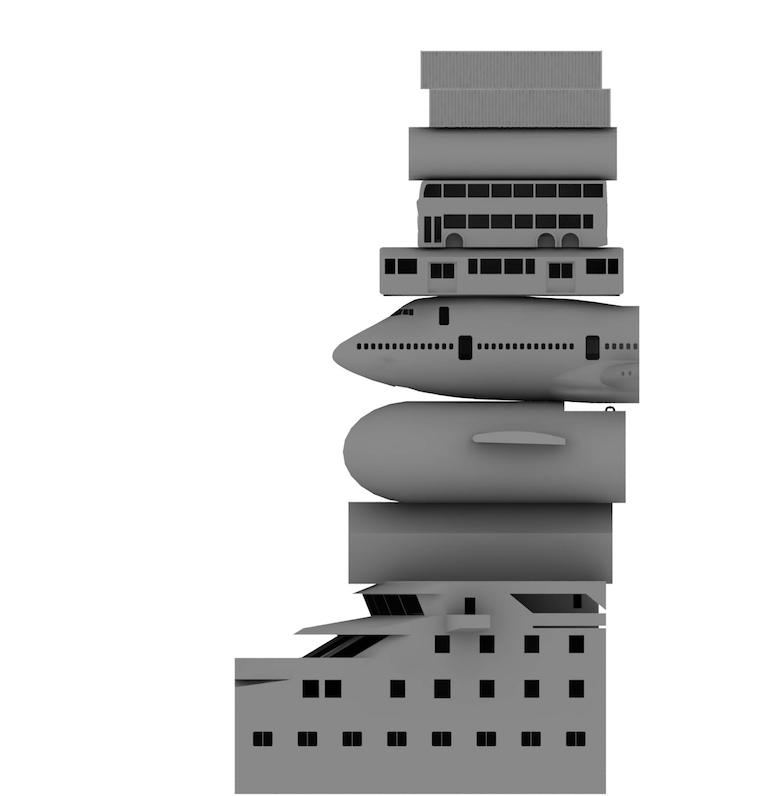 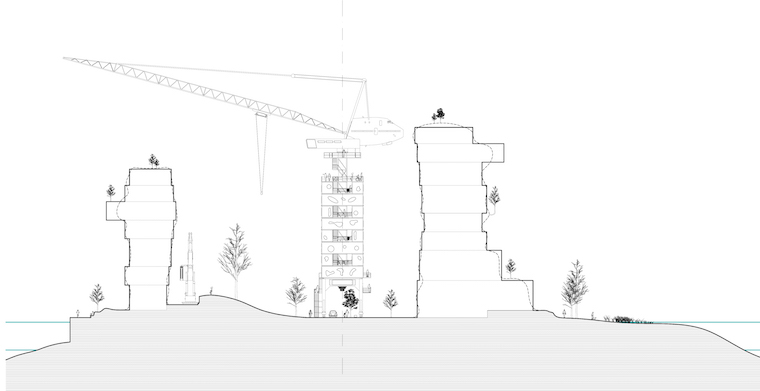 13. Section of The Island

14. The main structure of The Island. Inhabited, operational crane with its spine route in the
centre. The rails of the small liftf-cranes define the inner and outer space of The Island and
form open spaces. 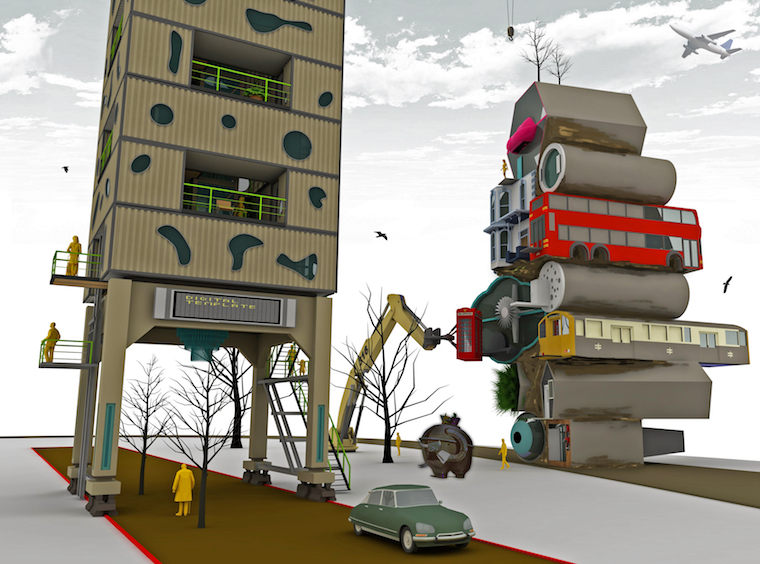 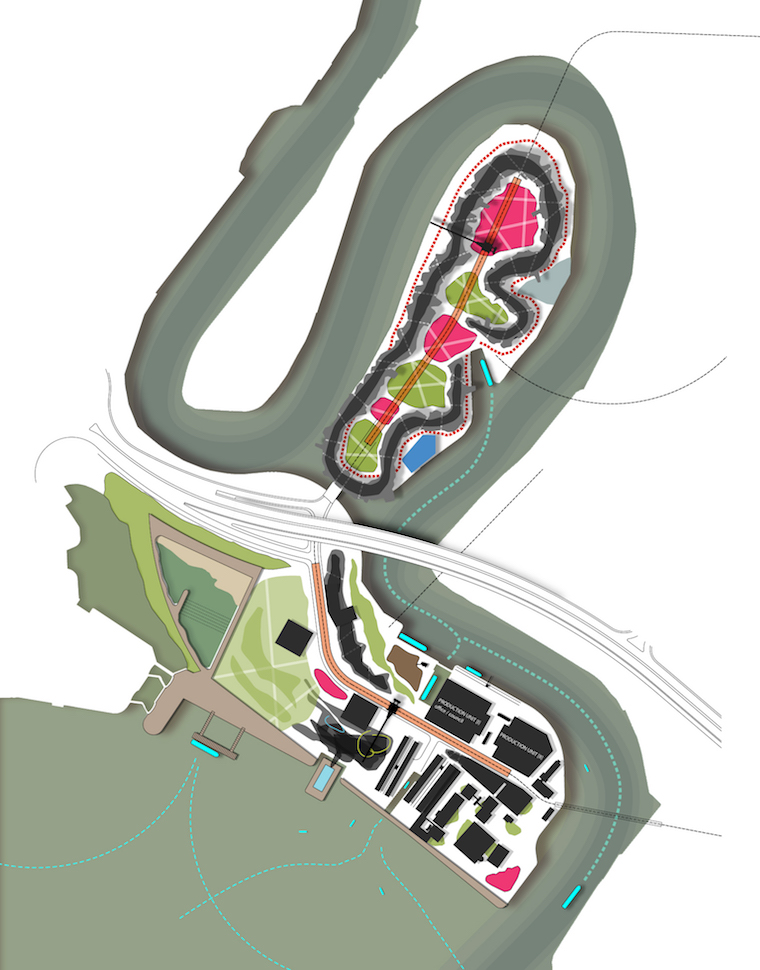 16. Framework plan. The area to the South is planned to house various workshops where habitation
units would be prepared before they are taken and placed on The Island. 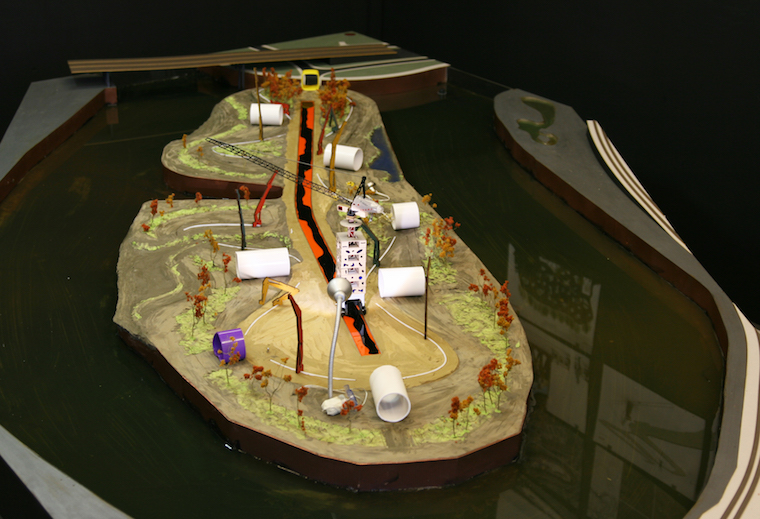 17. Base model prepared. The spine and the main crane built. Access points to the river established.
Landscape planted.

18. Five friends invited to play out the building of The Island. They were told about the vision,
key guidelines / framework, given plasticine and off they went. 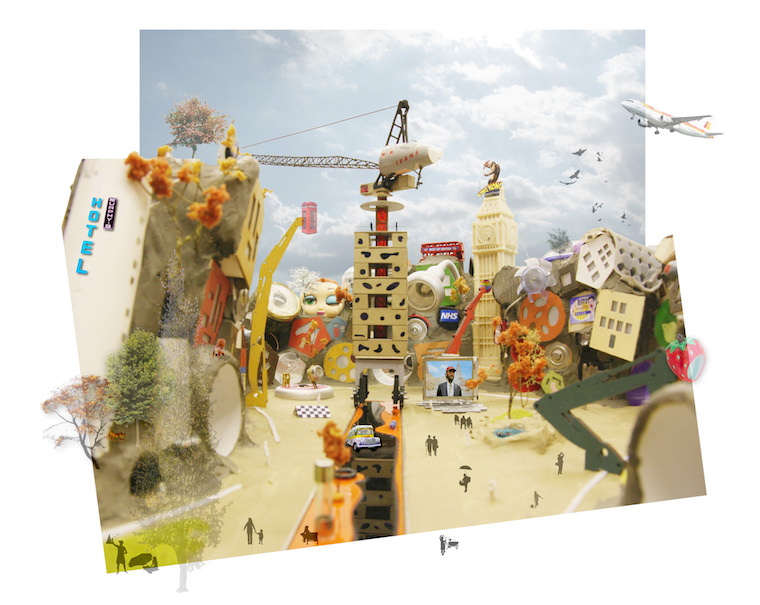 19. Final result – central open space of The Island with typical elevation of the built form 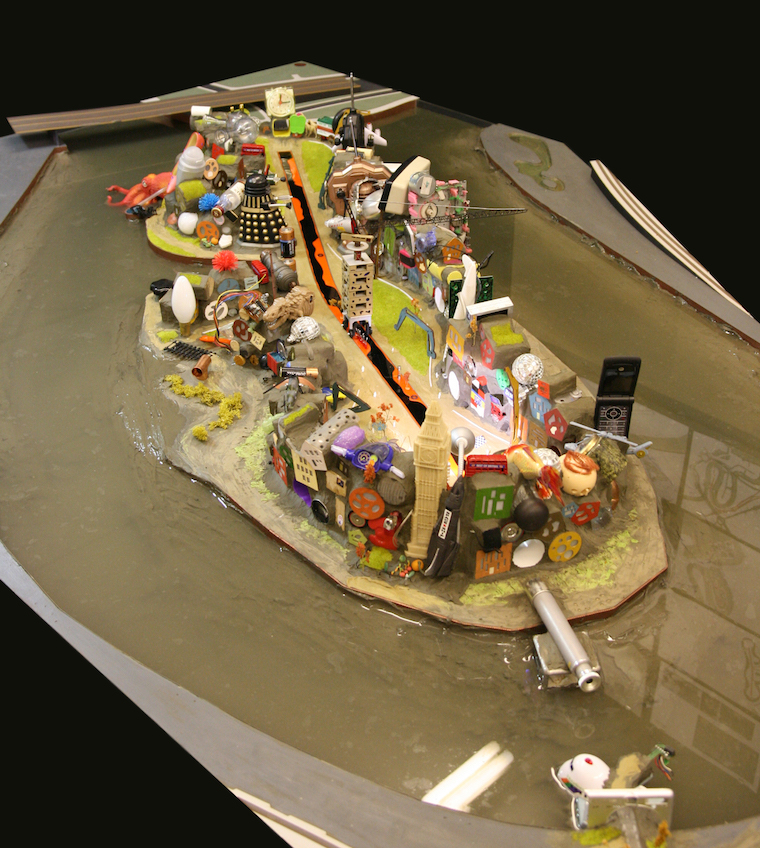 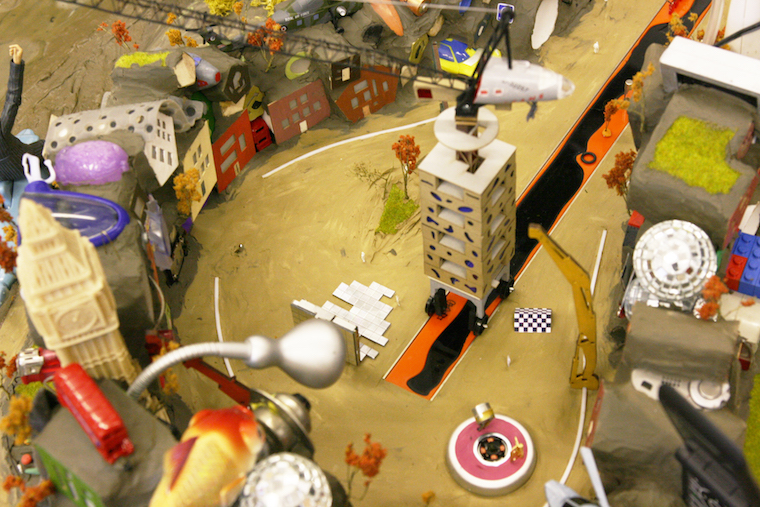 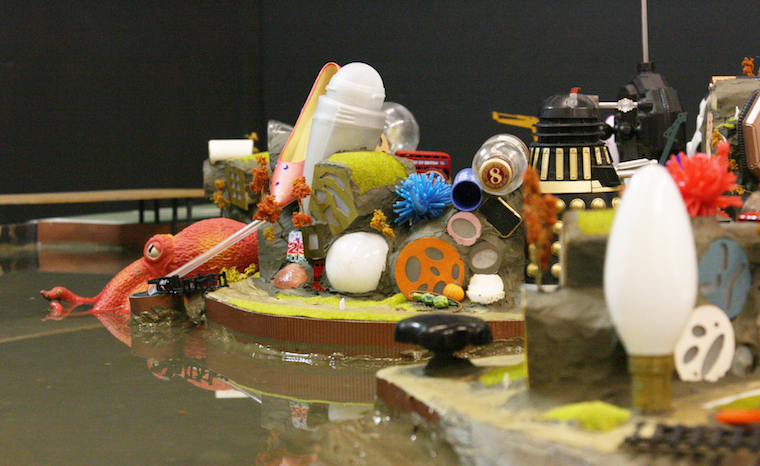 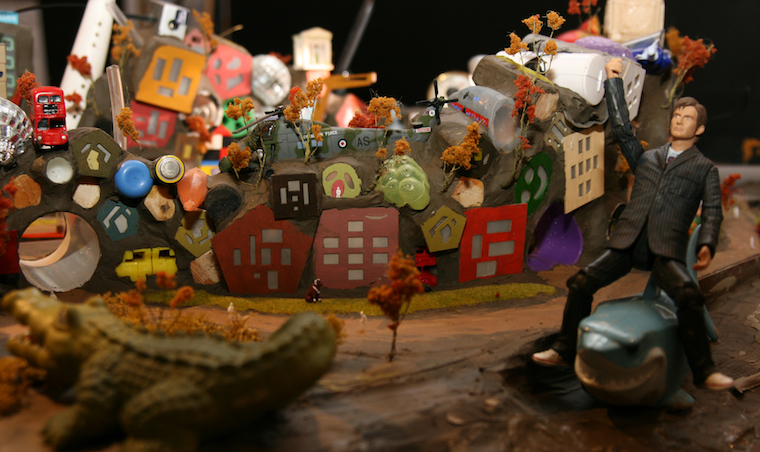 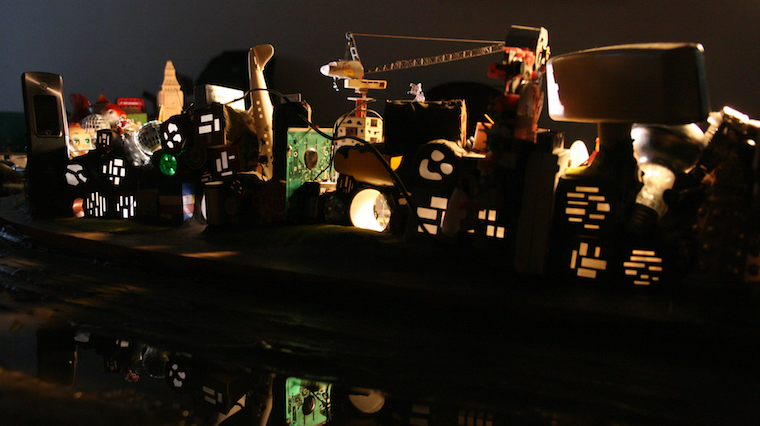 +
The Island was presented in Urban Transcripts 2012 “London the (n)ever-changing city”, exhibition and conference, in London, UK, December 2012.

Aigars Lauzis (1981) is a Landscape Architect, Urban and Naval Designer (www.lauzis.com) with over 8 years of professional experience gathered worldwide. After the initial landscape studies and practice in his home Latvia Aigars moved to London in 2007. Having worked for some of London’s high profile landscape practices (such as Martha Schwartz Partners) and obtained his second Masters degree (Urban Design with Distinction, The Bartlett School of Architecture) Aigars set off from London on his bicycle (2013). During the last three and a half years he has cycled across Eurasia to China making stops to work in the field of Landscape Architecture in Istanbul, Dubai and Singapore (www.lauzis-ontheroad.tumblr.com). He is currently based in Shanghai where he co-founded a Landscape Studio called FLO.