Phantom Railings (2012–2014) is an interactive public artwork that uses sound to highlight the absence of railings from a Bloomsbury garden square by recreating the ´ghost´ of its lost fence.

The installation recalls a particular episode in London’s social (and spatial) history: the removal of railings from London’s private squares as part of the 1940s war effort, the subsequent ‘democratisation’ of green space in the city centre, and the ruling decision to reinstate fences in the newly accesible public spaces.

Between 2012 and 2014, Phantom Railings was installed in Malet Street Gardens, a garden in central London whose railings where removed during the war and, unusually, never replaced, leaving a line of iron stumps along the surrounding wall.

Using sensor-based acoustic devices, the installation traced the movement of pedestrians and translated it into the familiar sound produced by running a stick along an iron fence. The pitch of each railing’s sound was set to vary according to the pedestrian’s speed and proximity, allowing the piece to be ´played´ as desired. The music produced by this urban instrument was captured as a real-time audio-visual score and streamed live to the following link: http://publicinterventions.org/projects/PHANTOM-RAILINGS/Score/ 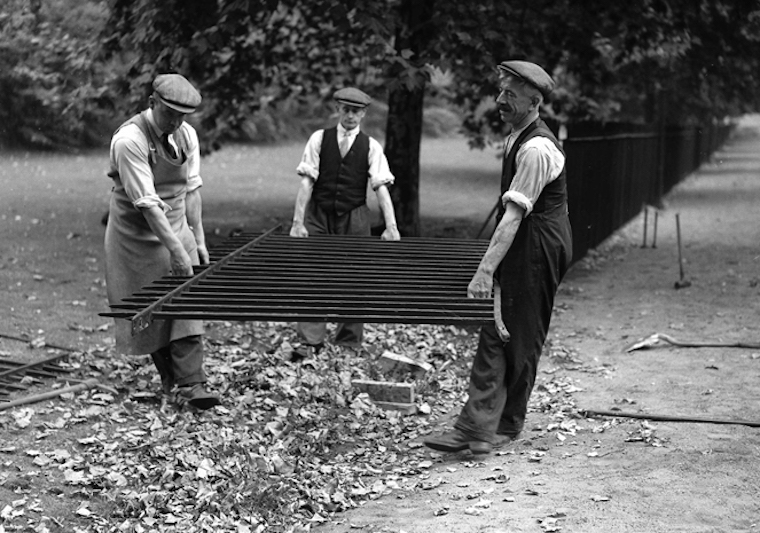 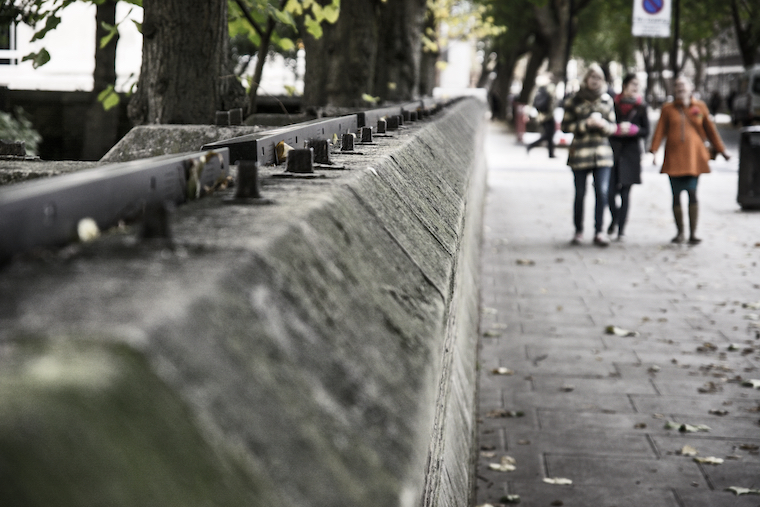 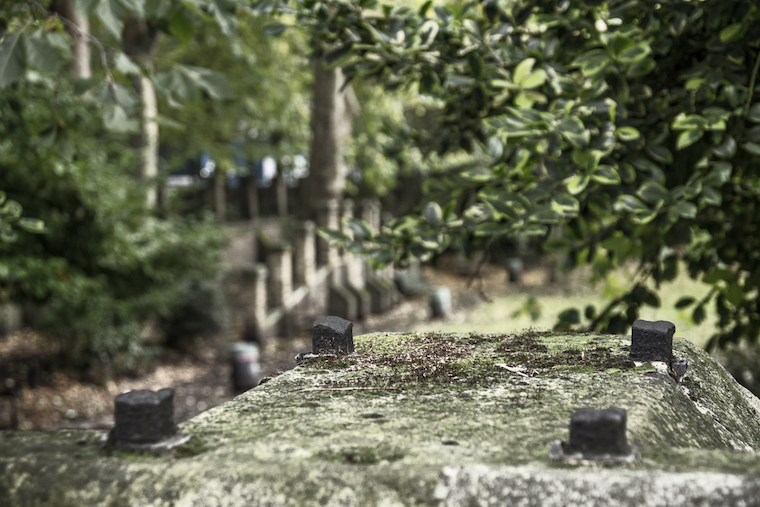 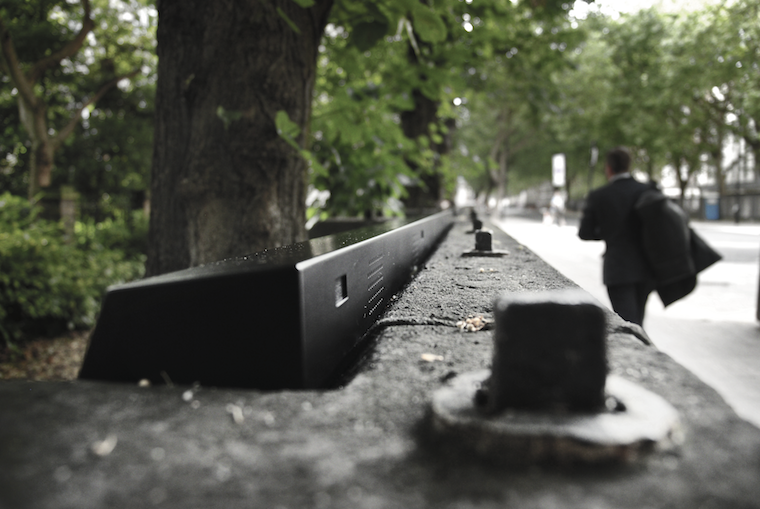 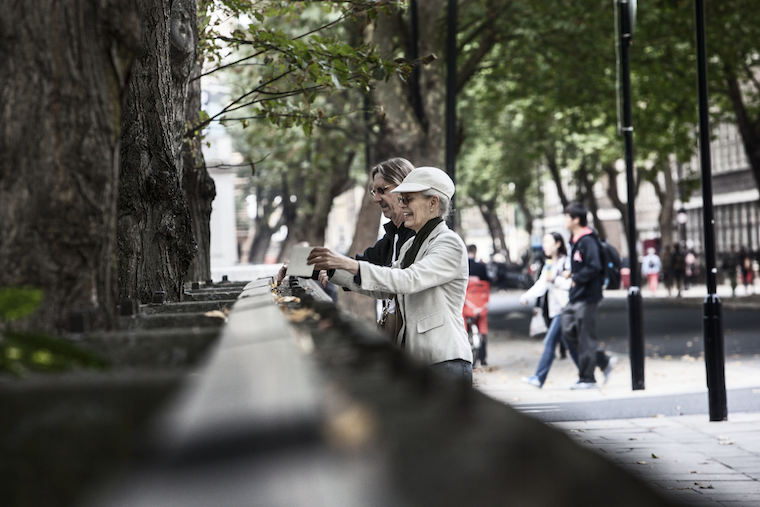 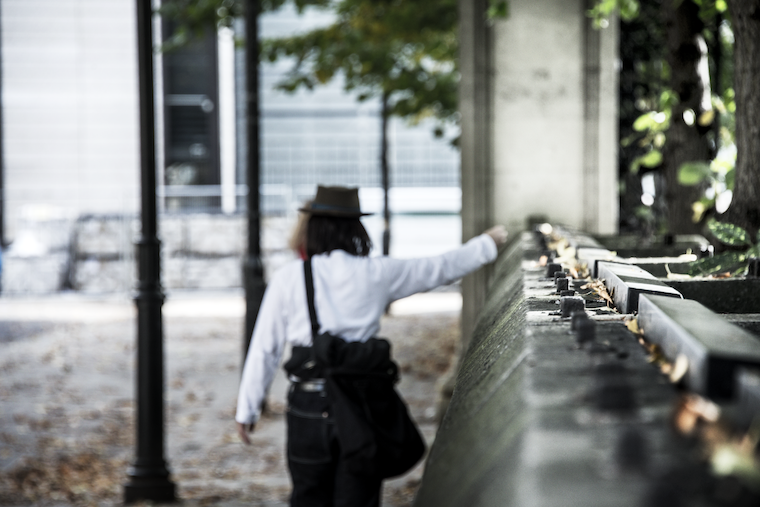 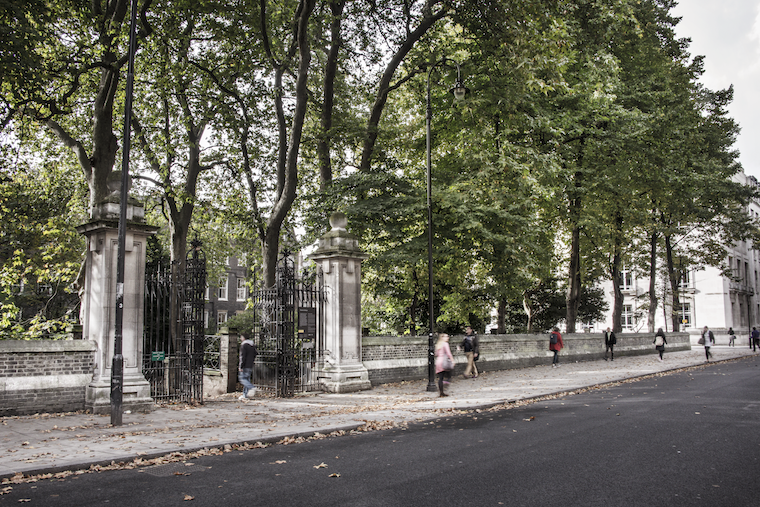 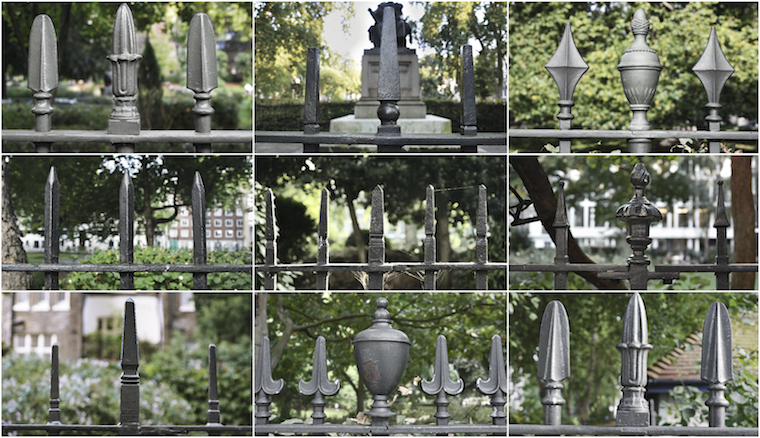 ‘Outsider: Public Art and the Politics of the English Garden Square’ was published as a result of this project. With contribution from Jeremy Deller and the landscape historian Todd Longstffe-Gowan, the book documents the artwork and discusses its relation to the histories and politics of the English Square.

CREDITS: Catalina Pollak in collaboration with: Adrian Godwin, Guillaume Zenses, Steve Kelly, Nathanael Price, Bartira Sena, Ken Boak, Daniel Soltis, Debbie Davis. Phantom Railings was realised with support of the University of London and the Centre for Creative Collaboration and the contribution of many others via crowdfunding.

Catalina Pollak Williamson – DipArch, M.A, M.Arch
Her work and research explores cross‐disciplinary processes to question socio‐political aspects of urban public space and cultural heritage. She is interested in the potential of relational aesthetics and play in challenging new forms of public engagement and critical awareness within the production of the city as a democratic project.