“Action; production of an event in the strange territory: casual unfolding of a particular proposal which is superimposed on the already existing; repeated void on the void of the city; silent artificial landscape touching the historical time of the city yet neither cancelling it nor imitating it. Flow, force, incorporation, independence of the forms, expression of the lines that cross it. Beyond the art that unveils new freedoms.”

find your crack
in this broken world

and express
your desire,
your hope,
your struggle

say what that is
to you

because that is
freedom 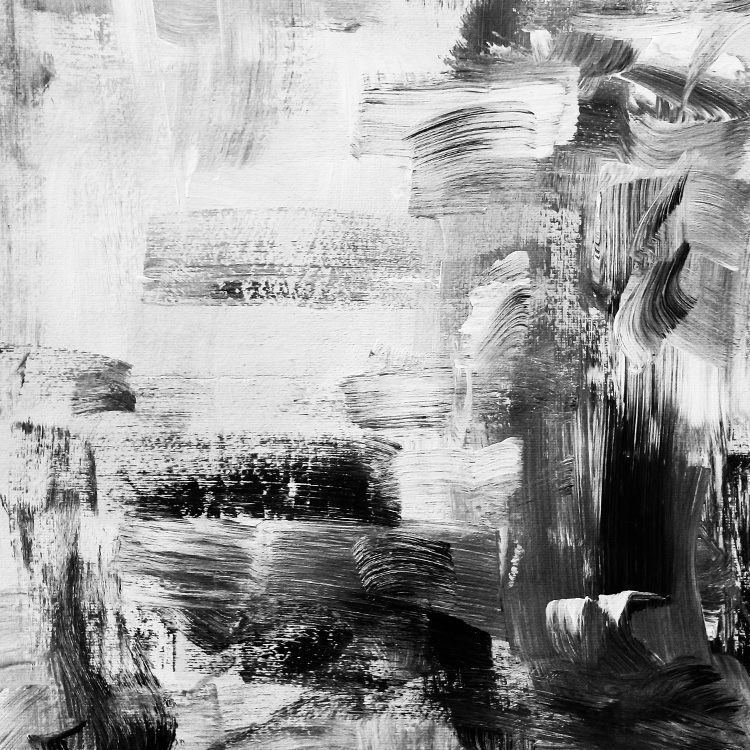 Standing on the threshold of the past and the future, spaces of freedom are existing in the liminal position of the present moment. They are a gap in the urban fabric, in time, in one’s mind. They are an integral part of the city as they live within it, “feeding on its refuse and offering their presence as a new nature, a forgotten future” 1.

They reflect the city and its changes, as the city also lives within them through the manifestation of its entropy. Through spaces of freedom, one perceives the awareness of the city – “the transient character of matter, time and space” 2.

Spaces of freedom are fluid, changeable, ungraspable but also constant and present. The loss of function and definition resulting in spatial disorder and unpredictability opens the discovery of new experiential and spatial qualities. Through this work, I aim to uncover those features.

In psychogeography, two ambiances are distinguished: hard – which is about the actual, static, physical construction; and soft – which is about light, sound, time, and association of the ideas. Hard is rendered by soft 3.

This interplay of hard-soft and their interdependence is used as a methodology to capture the relationship between the city and the emotions. Physical and immaterial, tangible and ungraspable, logical and irrational – the so-called reality is always rendered by personal experiences, the world is perceived by emotions.

This work presents a collection of personal drawings, photographs, and thoughts. They are a self-reflective medium for understanding reality. It consists of two parts: 1) conditions and 2) possibilities. “Conditions” aim to present the atmospheres of spaces of freedom, while “possibilities” suggest guiding principles or “tools” for enhancing their true value – one of free, open, and universal character.

spaces without function and purpose
with no defined conditions

spaces without control and expectations
with no rules of behavior

i want to be there
as there i can breathe 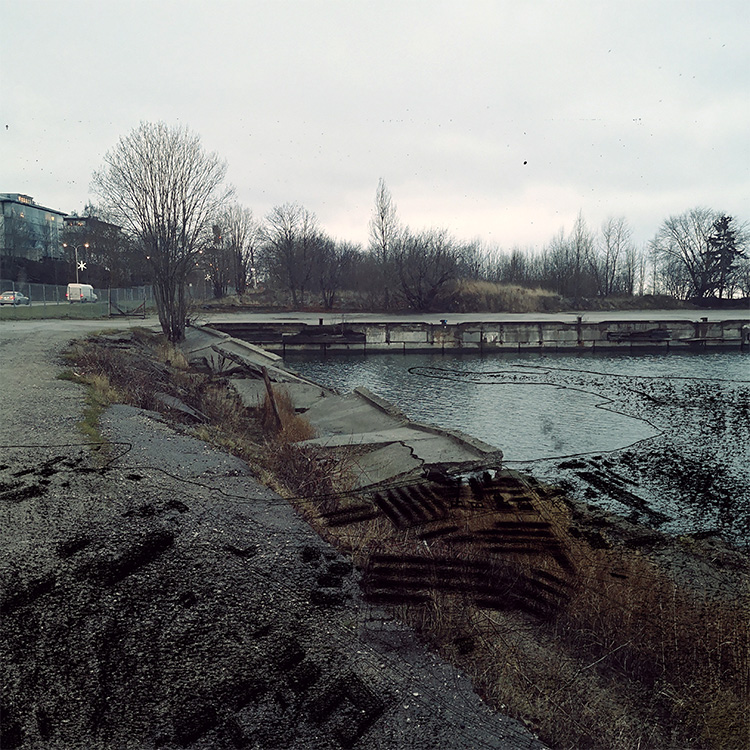 did it disappear
if it is not here

does it not exist
if it has no function 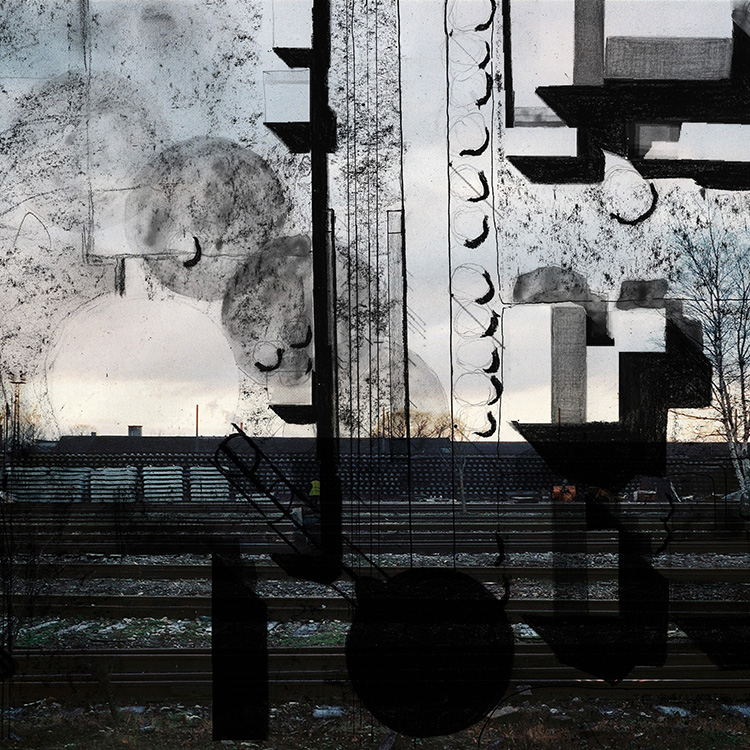 abandoned
broken
without use
without purpose

left to be forgotten
and shaped by the time, 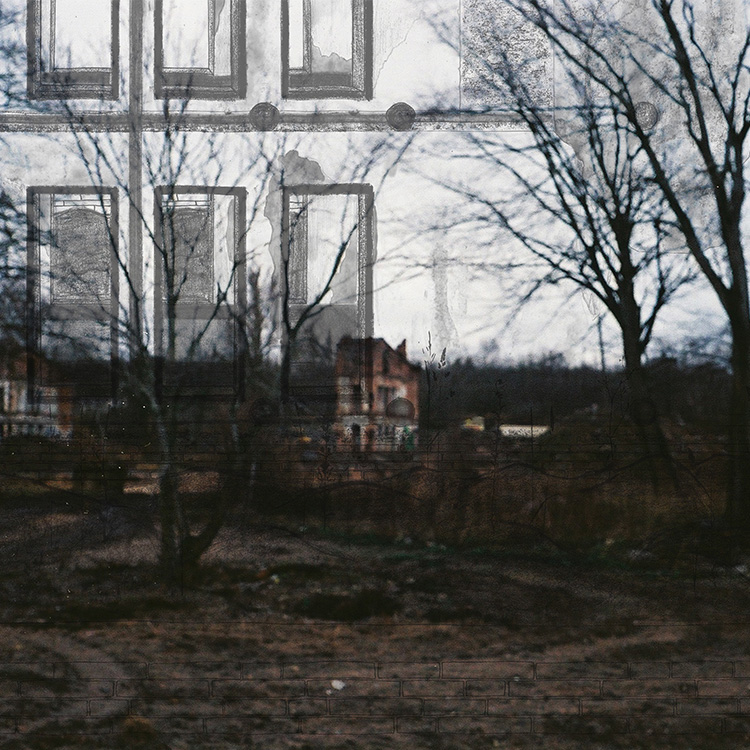 inside doesn’t mean security
and outside isn’t only fear

everything is a part of same
continuum or emptiness

where opposites
do not exist 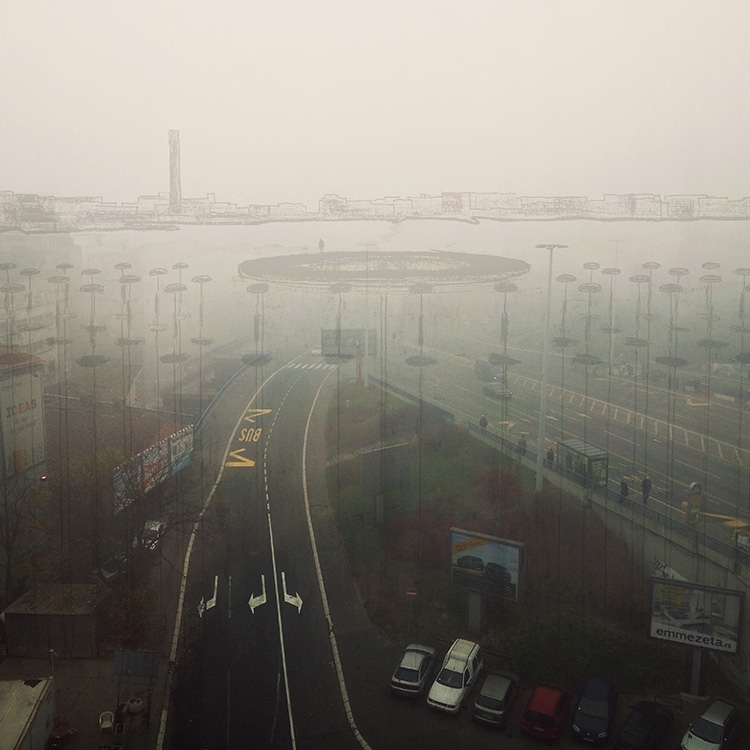 i do not need to have
in order to be 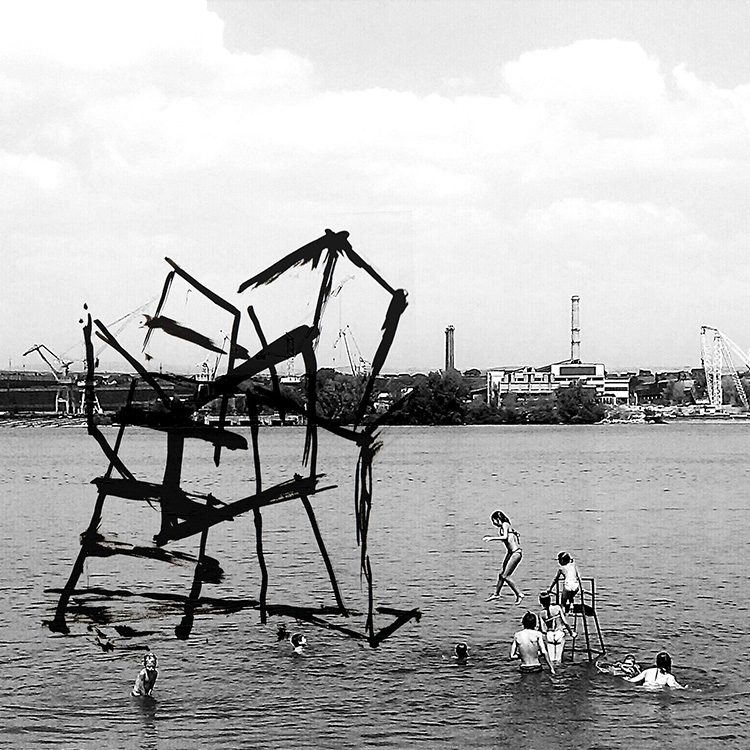 is it the air
that’s heavy

could be sun
that sleeps

maybe the waves
that are breaking

or just our footsteps
as we leave 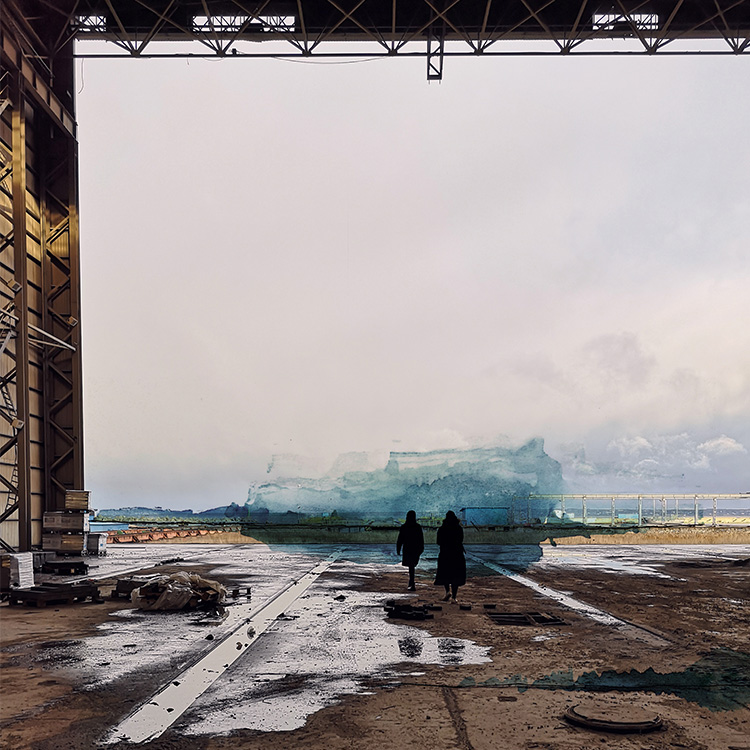 living together
i wonder sometimes

where is the line
between me, you and us

so how do you stop
between me, you and us

to share and to give
and to build trust

as that is the way
for resilient times 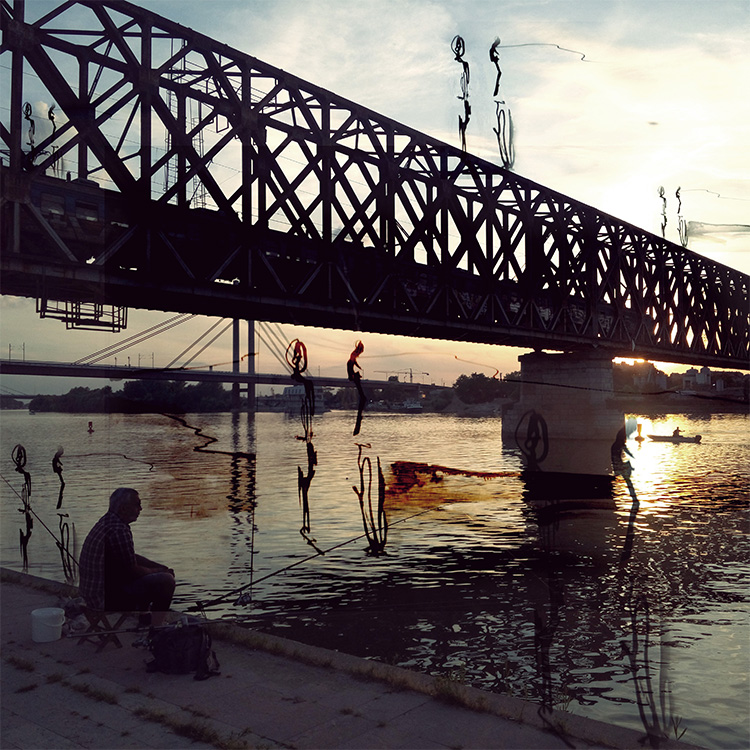 event creates the space
so space becomes a stage

stage where anyone can walk
and be part of the play

ephemeral and indefinite
abstract and close

space for everyone
as events are made by anyone 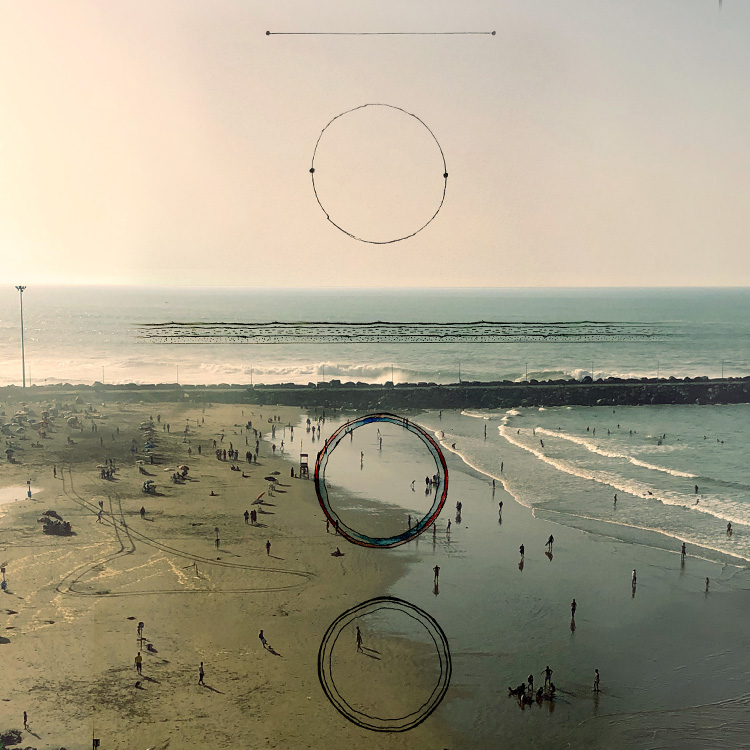 Bojana Rankovic has obtained her bachelor diploma at the Faculty of Architecture, at the University of Belgrade, after which she continued her masters studies in Belgium, at KU Leuven University. She graduated on the topic “Placeless Places” through which she developed the interest for a more holistic understanding of architecture and space itself. After graduating (2019), she had the opportunity to work on architecture projects touching on the ideas of public space and its use in the Netherlands and Morocco. Through the practice, she is focusing on the city, people and (un)use of space. In the search for a framework which combines exploration of space and social engagement through art, Bojana decided to continue her education enrolling in the PhD program “Scene Design” at University of Novi Sad with an ambition to define the “Spaces of Freedom”.

Articles
Emotions and Frustrations: An Analysis of the Failure of a Democratic Participative Process
Tanika Join and Lise Serra

Articles
(Unwanted) Emotions As Vital for the Collective Production of the City: The Case of Park Am Gleisdreieck in Berlin, Germany
Flavia Alice Mameli

Drawing Photography and Creative Media
Back to the Future of Public Space: Postcards From 2020
Dorotea Ottaviani and Cecilia De Marinis

Book Reviews
The Lonely City: Adventures in the Art of Being Alone, by Olivia Laing
Francesca Cocchiara and Nicole de Groot

Notes
Empowering the City-Zen: Which Politics for Which Polis?
Call for Submissions
Closing 31 March 2023