Tito’s break with the Soviet Union in the early 1950s paved the way for Yugoslavia1 to forge its own developmental strategies, based on a return to core Marxist values and away from Stalinist policies. Iterated over through successive innovative constitutional reforms, Yugoslav self-management was concerned with a withering away of the state, devolving decision-making to the people through nested social enterprises. Following the socialisation of property in the years following World War Two, Yugoslavia embarked on an ambitious programme of industrialisation. These ambitions were enacted by a large-scale construction programme, effectively building a new socialist federation – combining a number of distinct regional entities with their own cultures and colonial histories. In an incredible act of statecraft, this building programme used brigades of young socialists from across the country to construct highways, and ready land for large scale house building. This was the beginning of a uniquely Yugoslav programme of spatial production, out of which grew a distinct vernacular of modernism fused with regional elements. As Yugoslavia evolved – leading the non-aligned movement in demonstrating a third way of economic development – an equally chimeric architectural language emerged informed by architectural language of both East and West. It is therefore unfortunate that the country’s enduring legacy is that of its brutal disintegration – collateral damage of the fall of socialism and a march towards competitive neoliberalism – masking its exclusive contribution to twentieth century modernism. This photographic essay offers a glimpse into a forgotten world of social equity and aspiration, made flesh in a carefully considered concrete composition.

Considered to be the highest quality mass-produced invention, the single-family apartment remains one of the most valued legacies of Yugoslavia. In order to respond to a chronic – and enduring housing shortage, schools of architecture across the federation experimented with prefabrication and user-centred design. This is most evident in the striking superblocks of New Belgrade2, a city built from scratch at the confluence of the Sava and Danube rivers, which had long defined the boundaries of colonial empires that dominated the Balkans. Envisaged as a new capital, the plan for New Belgrade was never fully actualised, not unlike the vision of a self-managed market socialism. Technical innovation was exported across the developing world – knowledge transfer was enabled through the network of the non-aligned movement, of which Yugoslavia was a founding member. A common language developed across the region – yet with local accents and dialects in the architecture influenced by the cultural vernacular of individual states – reminiscent of the common language in the region, still referred to as naš jezik, or our language. Civic buildings are recognisable by common elements such as expressed columns (reminiscent of Ottoman buildings) and prefabricated buttressing – each building appearing as an assemblage or kit of parts. These pieces remind us of the kit of parts that formed the federation itself – each with its own place and value – the sum of which contributes to a powerful whole. As Western gazes drift back to Yugoslavia, architects like political scientists are slowly beginning to uncover a society, and spatial production that emphasised the social in its search for sustainable strategies for development. Admittedly imperfect and ultimately constrained by external forces, it would be a facile understanding that sites Yugoslavia and its architecture as a halfway house between East and West. The rush of the successor states to throw the proverbial baby out with the bathwater following the chaps of dissolution, leaves enormous gaps in knowledge for both academics and admirers. These images, however, are evidence of an enduring and somewhat unusual contribution to the built environment, which in their originality offer an insight into alternate models of societal arrangement. 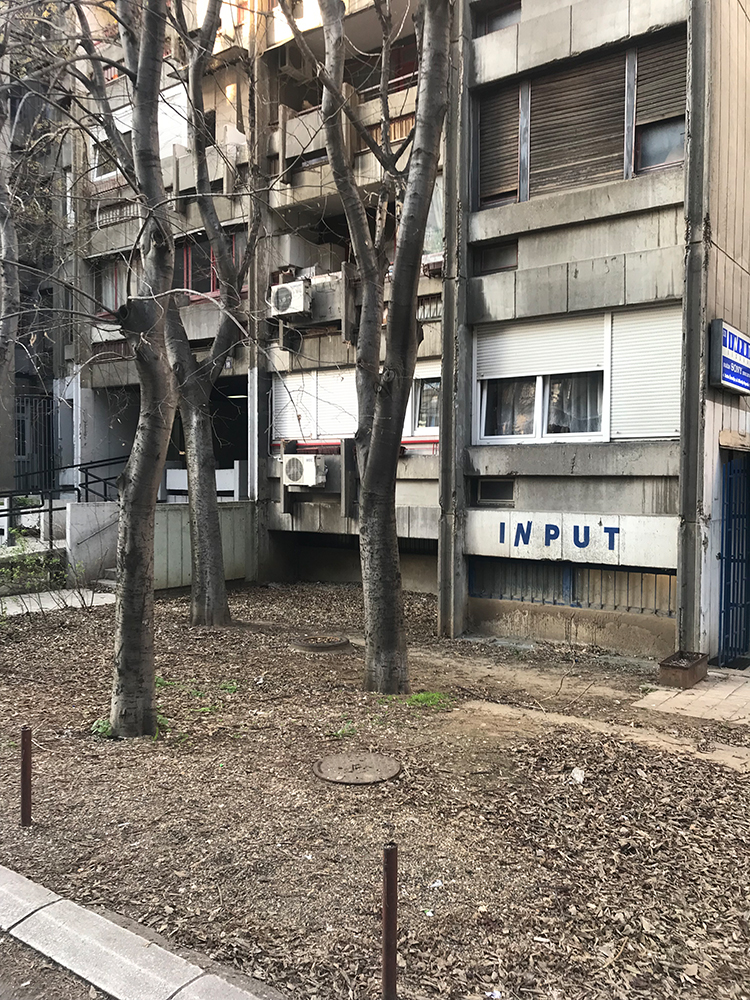 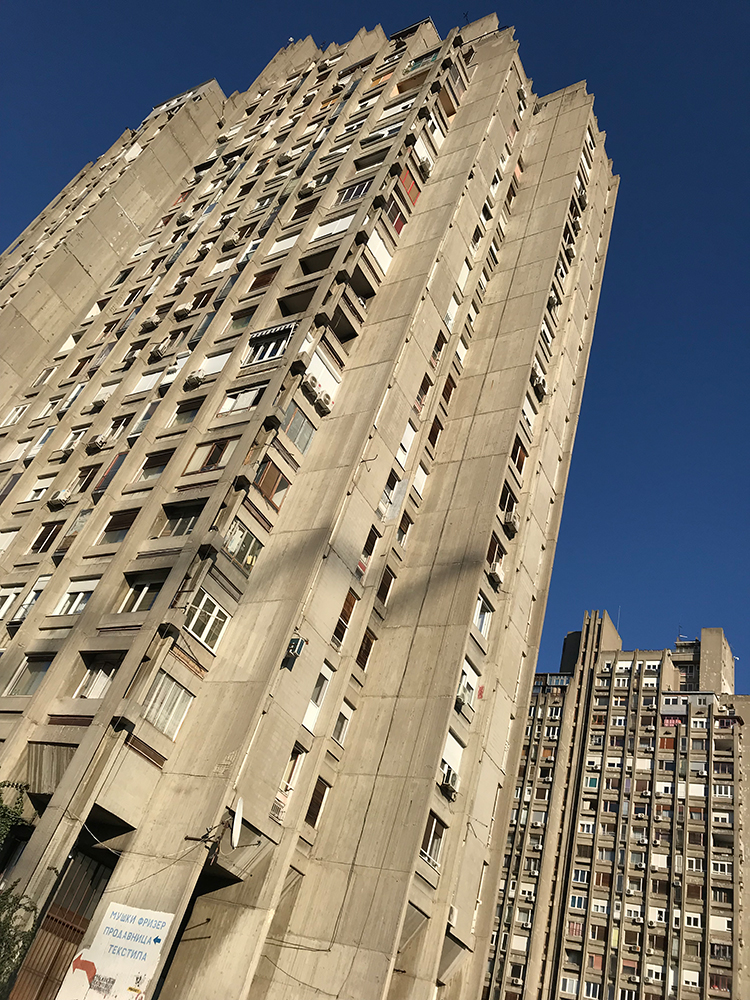 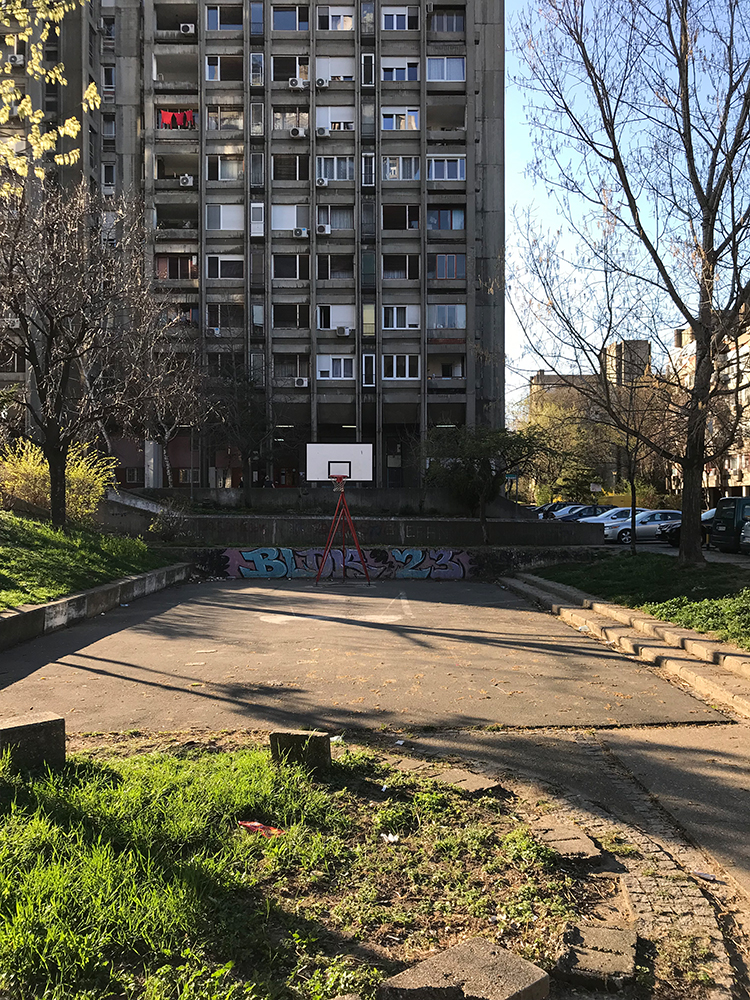 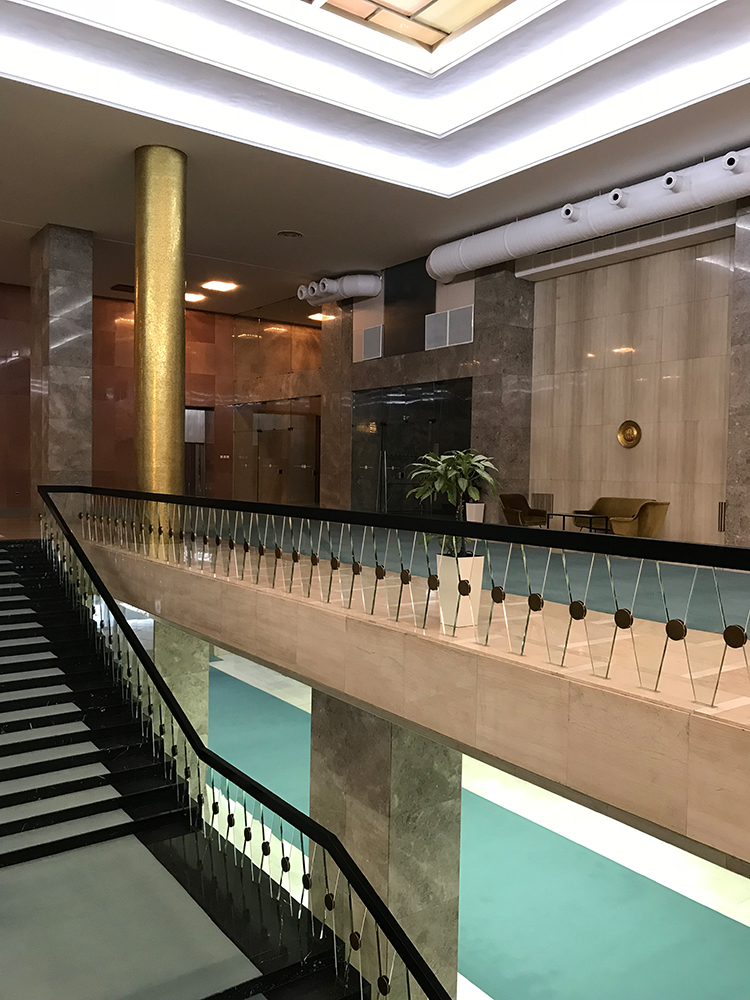 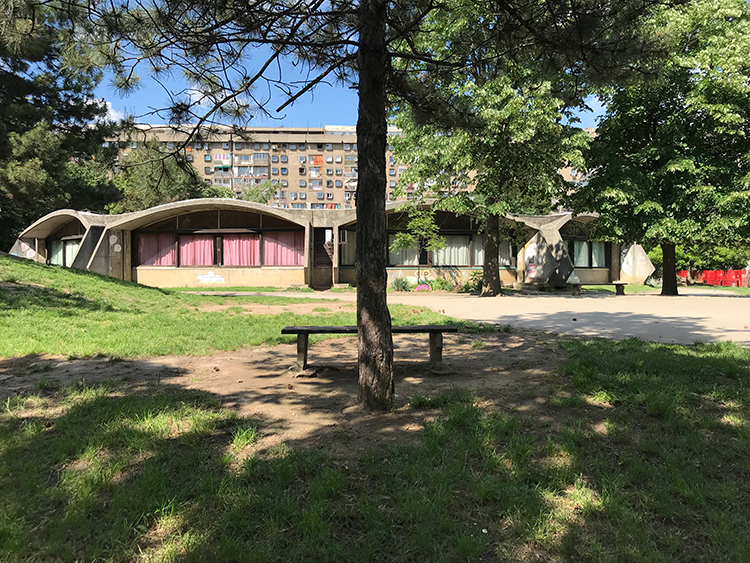 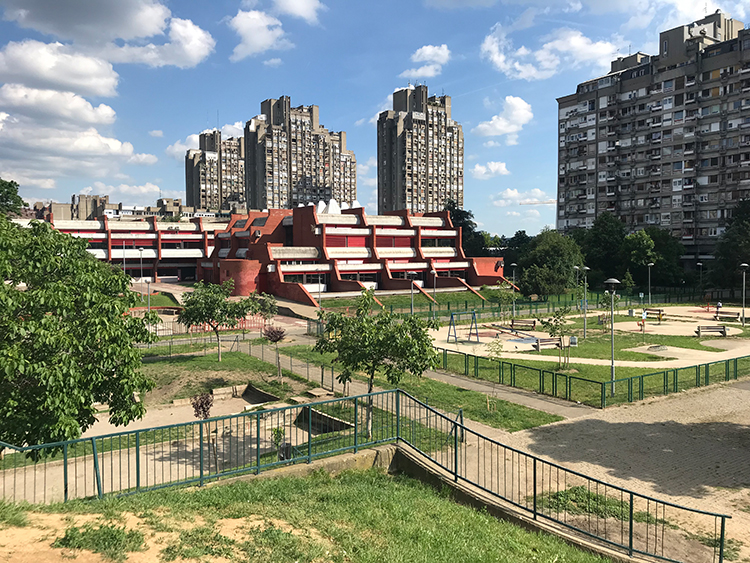 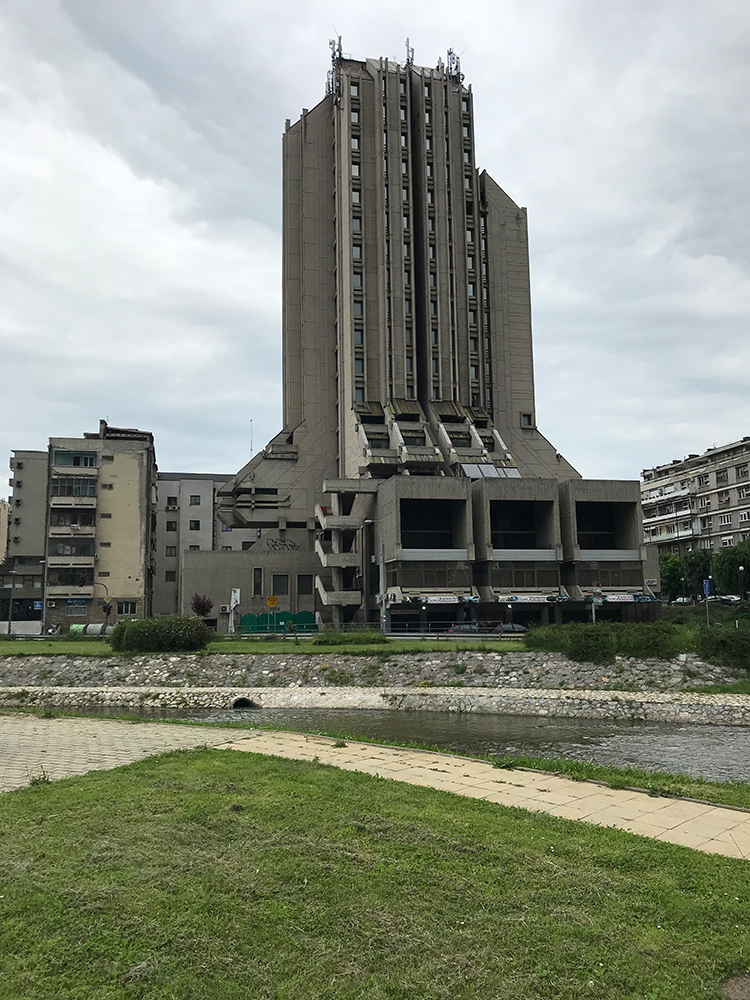 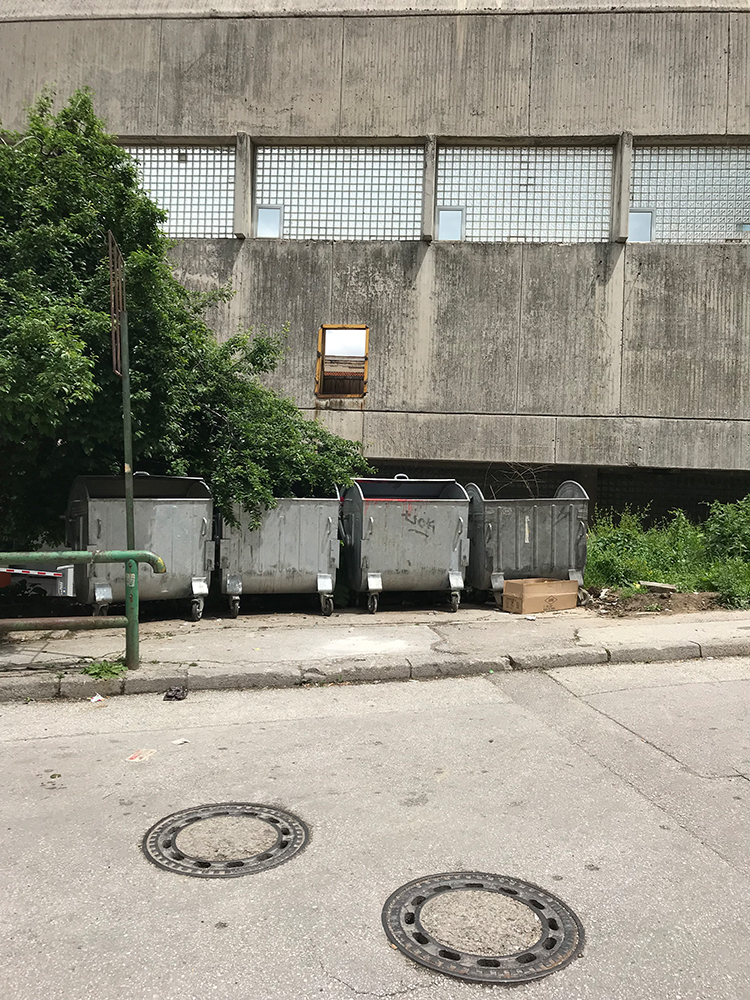 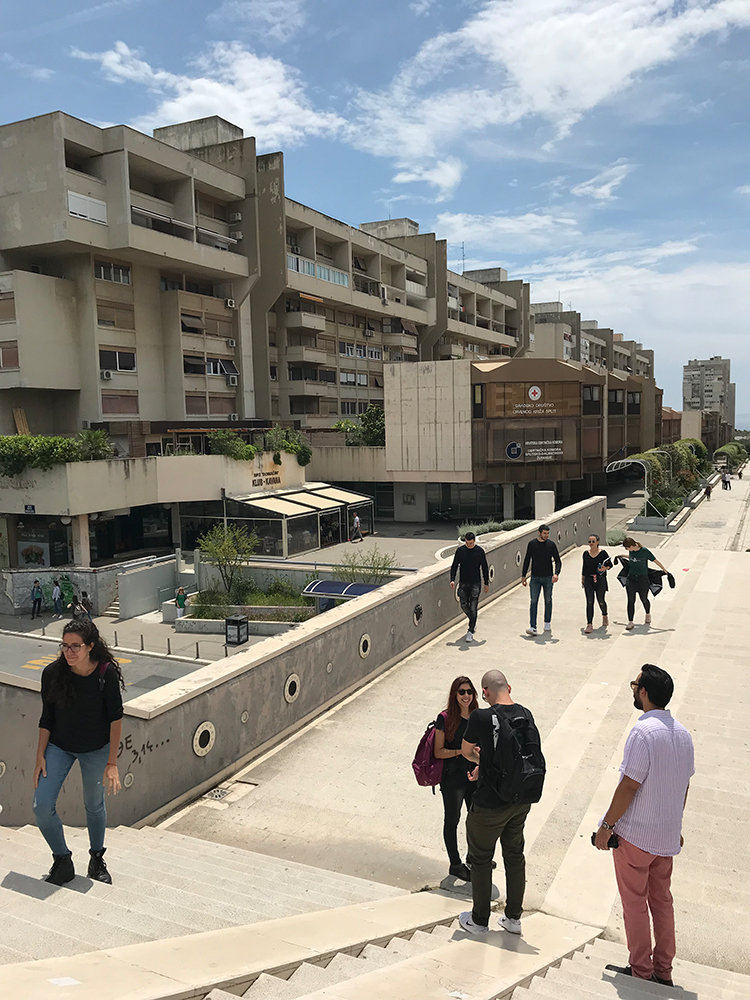 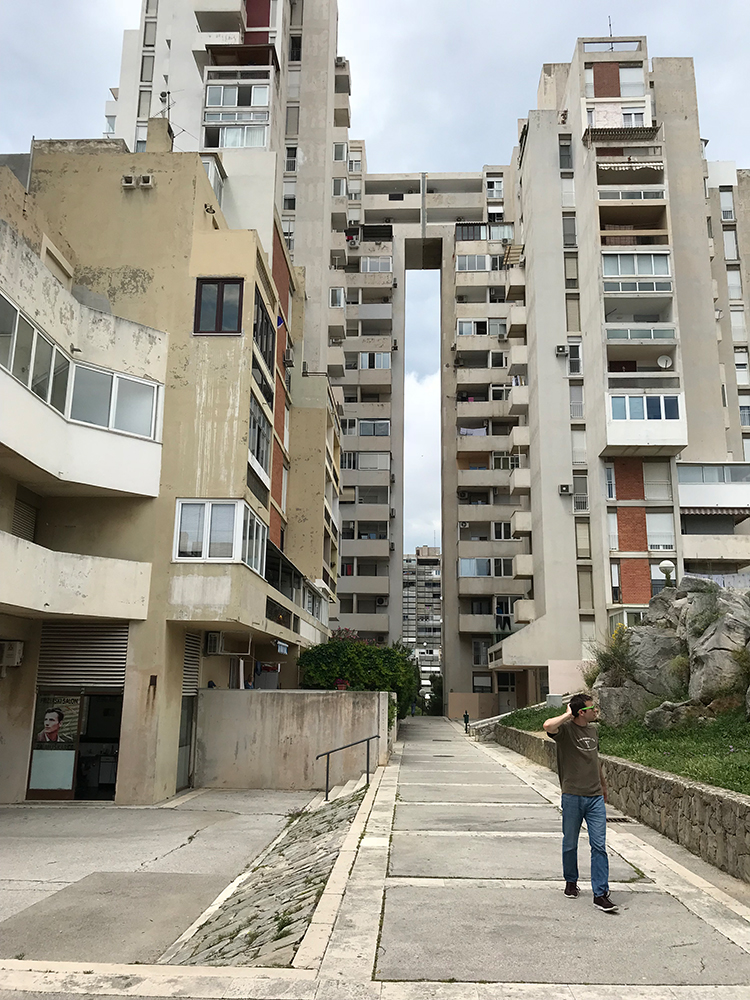 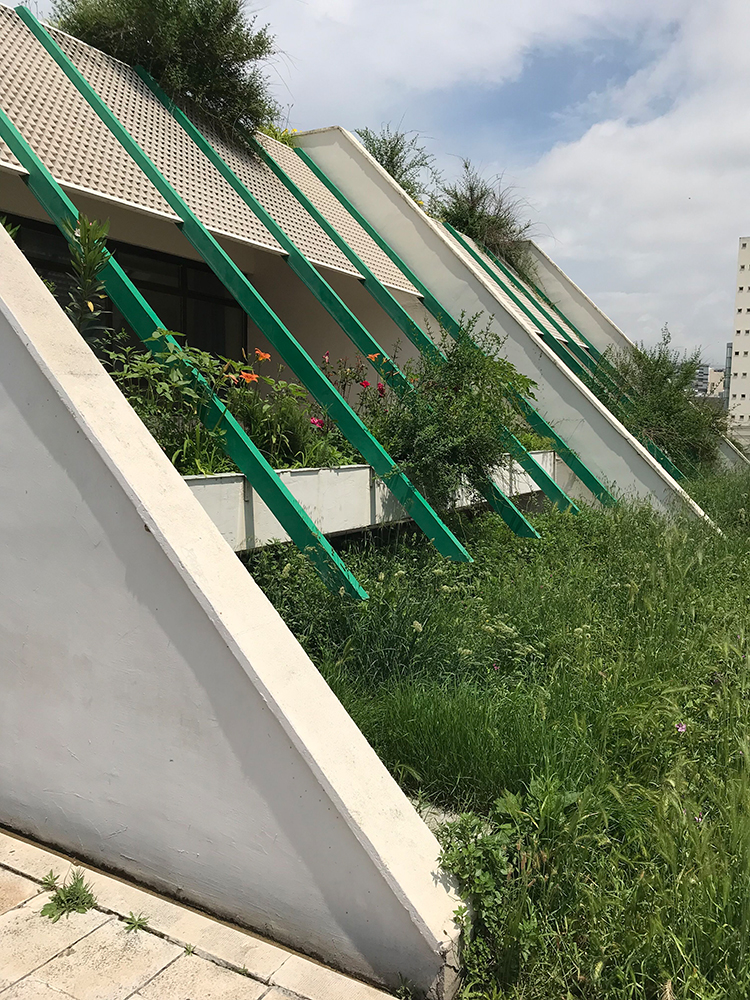 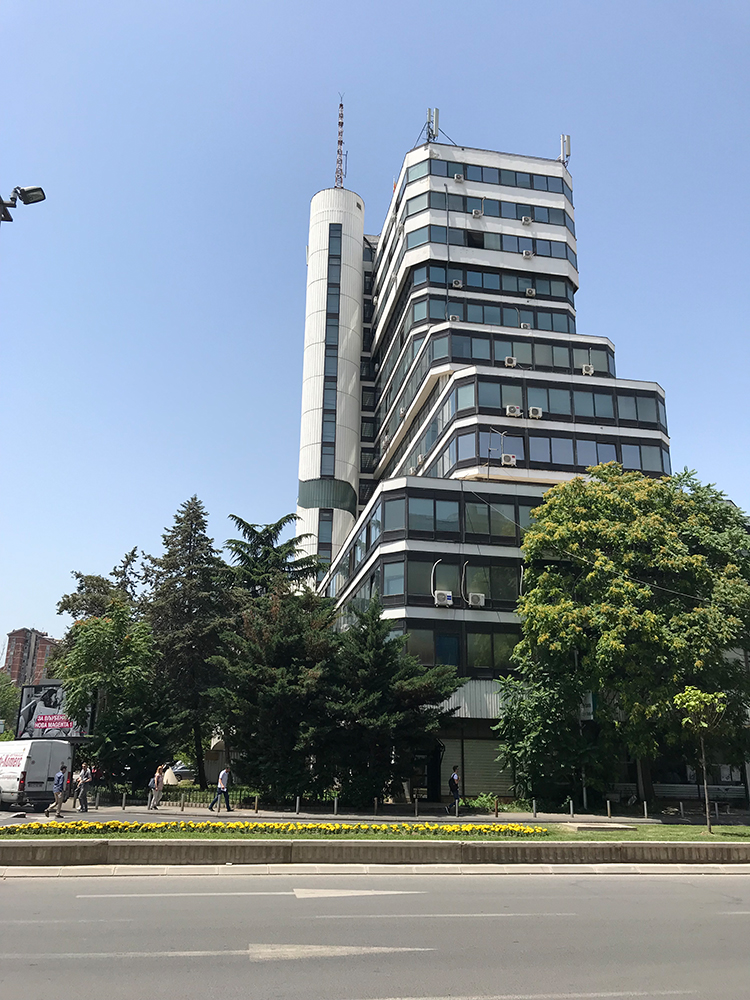 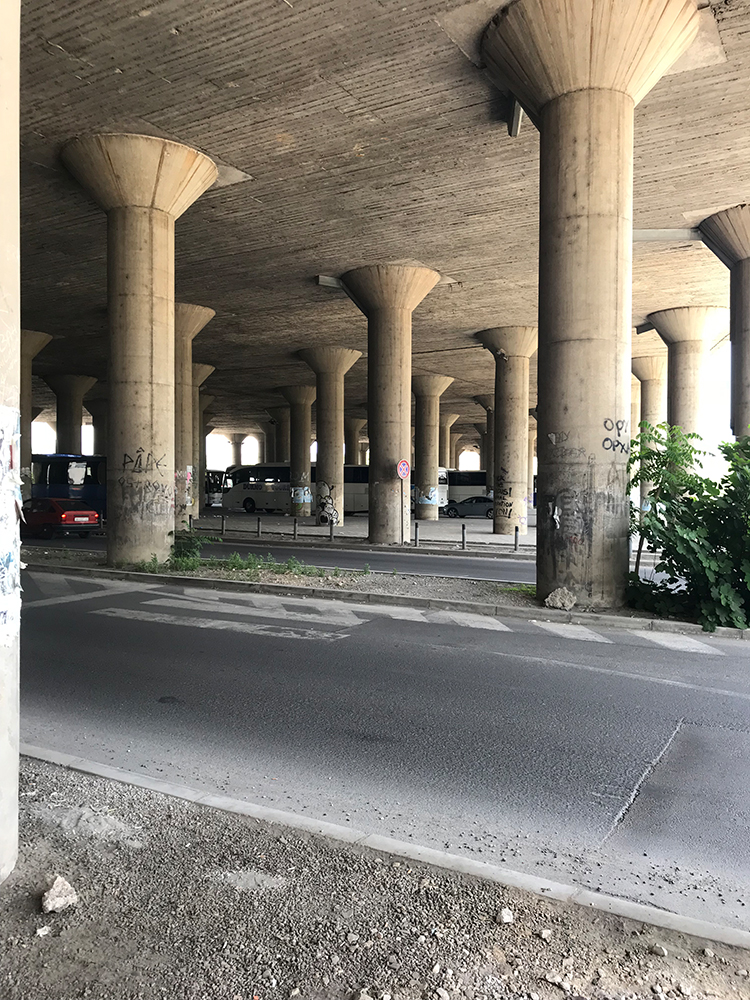 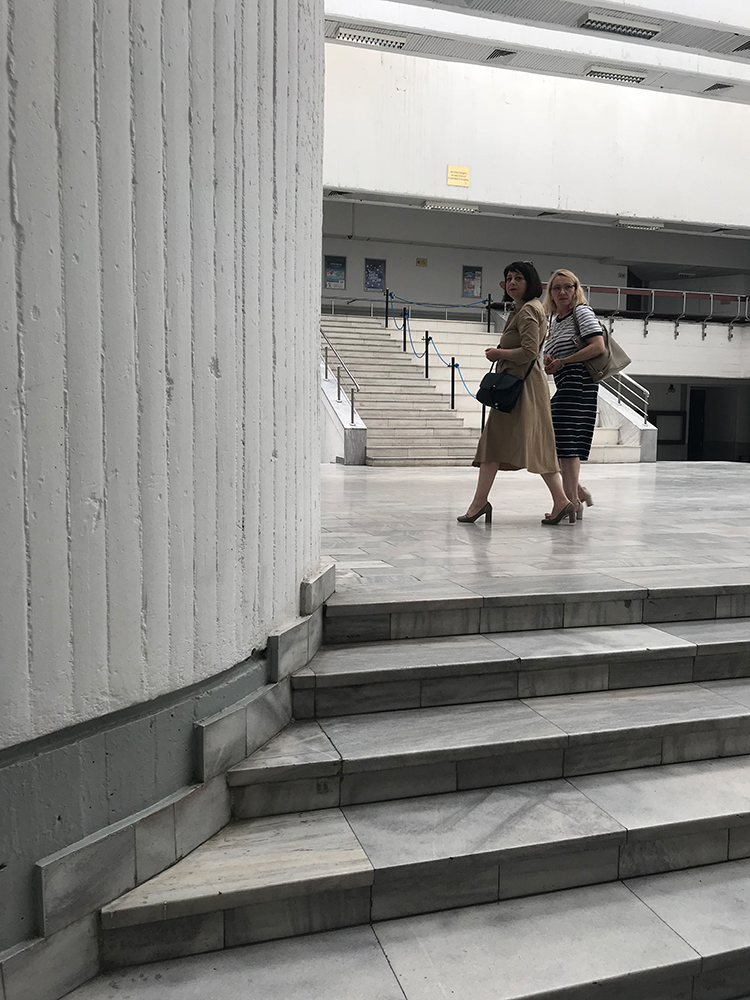 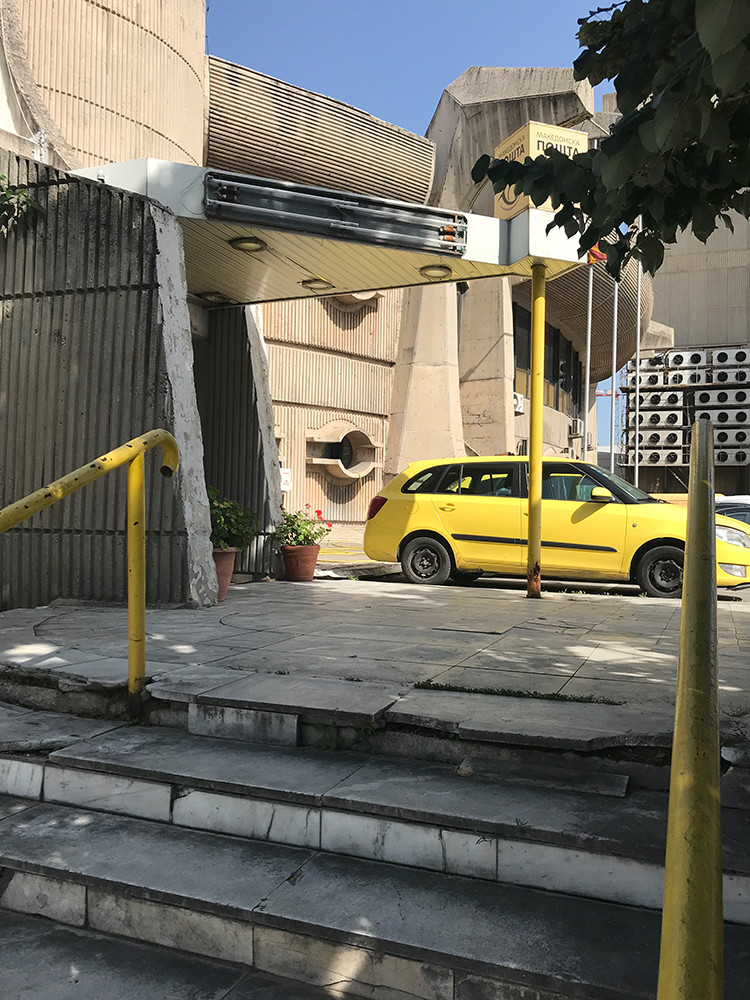 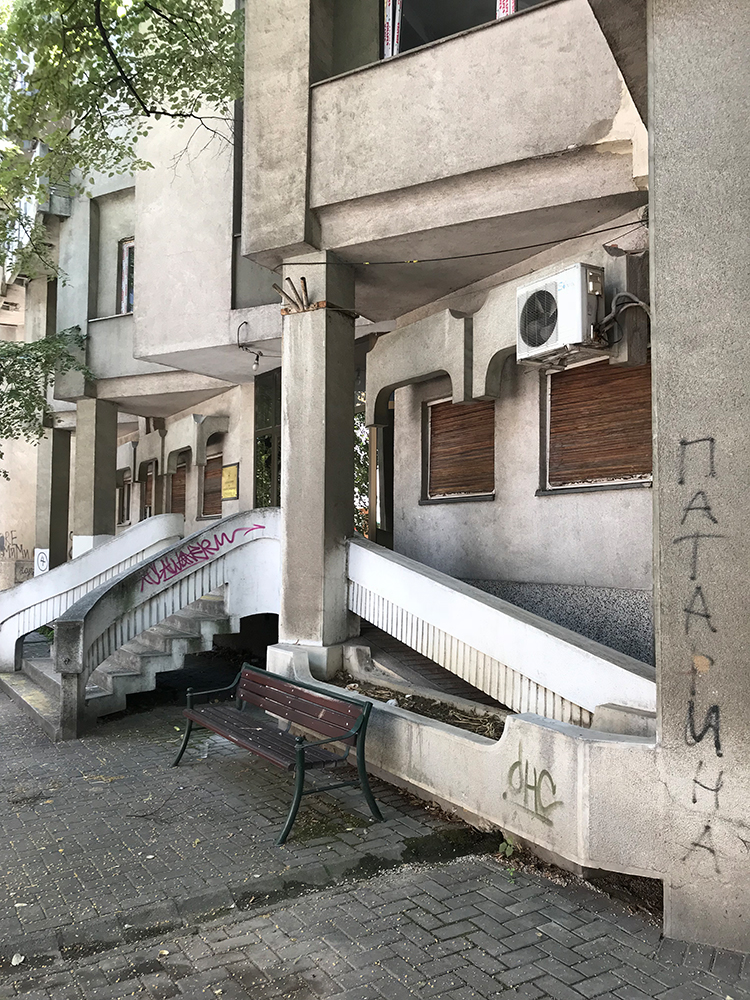 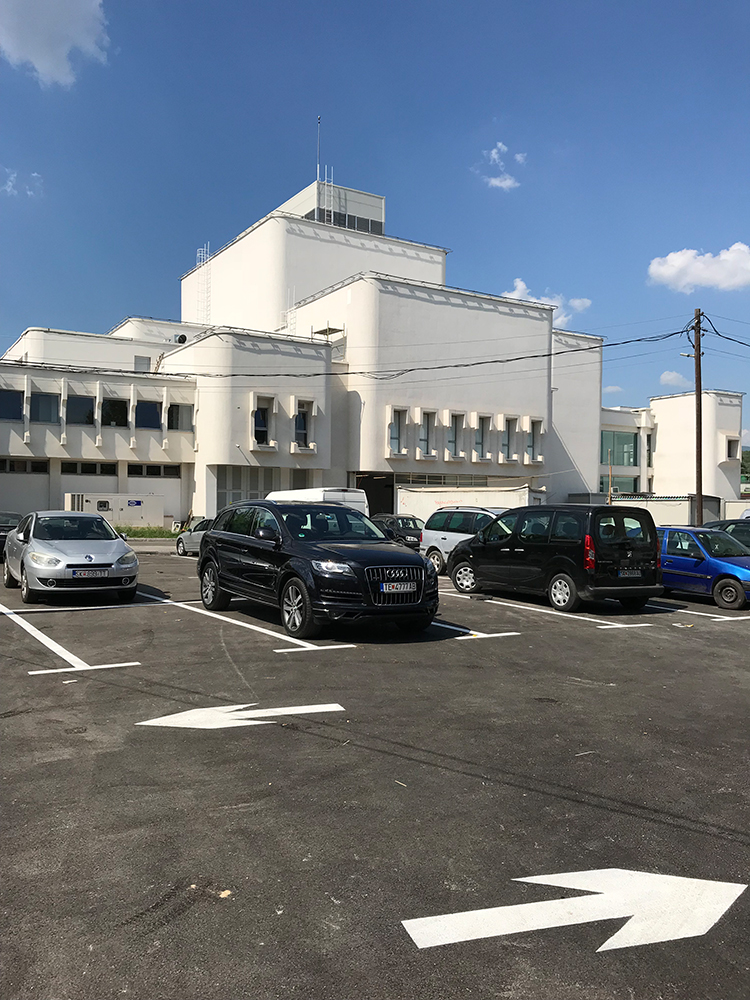 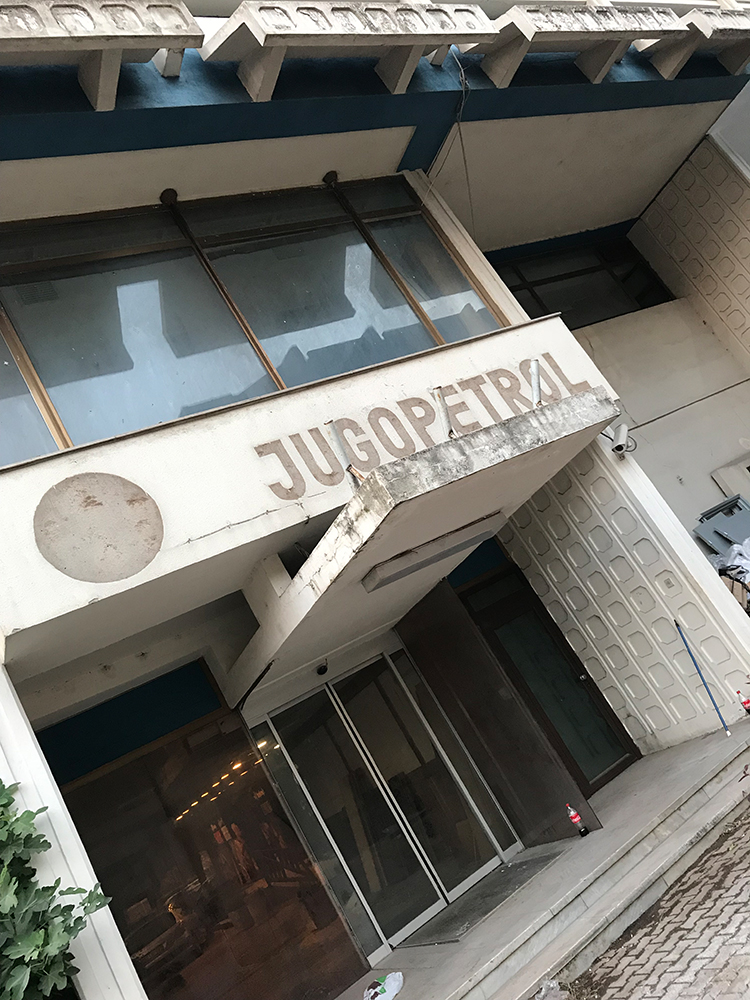 In the aftermath of the fall of Yugoslavia, the countries of the Western Balkans have struggled to attain a quality of life to rival that of the socialist federation. Varying degrees of economic shock therapy saw many of the new states taking a laissez-fare approach to planning and spatial policy, resulting in a mixture of rampant illegal construction and poor-quality speculative development. Much of the social property and civic buildings – not in use by states in public administration have fallen into disrepair through vacancy, and neglect. The privatisation of housing raises questions about the maintenance of communal areas and spatial assets. Leisure buildings such as the Hotel Zlatibor3 await funding for renovation, new programmes and users. Others on the Adriatic coast languish due to lack of financing in some cases, along with their role in the debasement of the conflicts of the nineties. While a respectful pride in Yugoslav architecture seen in confident Slovenia, is emerging in Croatia, other countries in the region have left their modernist heritage decay into a state of neglect. For many, this architecture serves as a painful reminder of a time where Brotherhood and Unity brought Yugolavs together in pursuit of a better and more equitable society. The humane brutalism characteristic of Yugoslav architecture hints at another world, another way reminiscent of the utopian visions of Kubrick and contemporaries. Stierli and Kulic’s recent exhibition at MoMa has opened up the country’s spatial production to a new and broader audience. This stimulates the imaginations of those of who us who can envisage a third way, where social development is favoured in advance of financial gain. While the Yugoslav system was far from perfect, it offers a renewed value in an era where unfettered growth continues to fuel social, economic and environmental conflict. The anthropogenic context makes it even more poignant that we will never see what Yugoslavia could have become, as a model of an alternative. We will never see how its built environment might have evolved, and what aesthetic expression it would have employed to communicate its ideas to the wider world.

Donagh Horgan is an academic at the Department of Architecture, University of Strathclyde, where he is completing doctoral research focused on social innovation systems for building resilient communities. His is a global study comprising a set of international case studies from New Zealand to Brazil, part-funded by the Building Research Establishment (BRE). The study is an attempt to bring knew knowledge from socially innovative practice from other disciplines to bear on planning, policy and placemaking. In this regard he has spent a large part of the last year conducting on-the-ground research on Yugoslav housing systems. While focusing on New Belgrade, the investigation has brought him to all corners of the Western Balkans where he also works as a legacy expert on a housing project for those displaced following the wars in the nineties. His multidisciplinary practice sits at the crossroads of design, technology and social change, based on an understanding that community and spatial planning could not be done in isolation. As architects we need to engage in a collaborative dialogue with other sectors, stakeholders and citizens in order to develop responses to societal challenges. Donagh consults for Strathclyde’s Institute for Future Cities, leading projects on Smart Cities, Circular Economy and Jobs and Skills; and is a founding member of the recently established Socially Progressive Innovation and Entrepreneurship (SPIE) research cluster.