The urbanization trend in modern Kathmandu1, Nepal, as in other developing Asian cities, is broadly scrutinized as the result of an aftermath of uncoordinated and atomistic planning interventions. Observing the present trend of the ongoing modernization whim in Kathmandu valley, it seems that in developing Kathmandu today, a variety of issues are rising for children2 growing up here, such as an infringement of the child’s right to play outdoors. Increasing traffic, pollution, encroachment of communal open space and a lack of child friendly modern playgrounds have all contributed to limiting children’s access to the outdoors.

In the traditional medieval cities in the Kathmandu valley, like the core cities of Patan, Bhaktapur, and Kathmandu3, compact settlements of mixed-use, built around networks of narrow streets and community open spaces such as toles, bahas, chowks, etc. are the major urban fabric. Born and raised in the traditional urban core of Patan City, in Kathmandu Valley, I still remember those days of my childhood when as a child, I grew up playing outdoors, mostly in open spaces known as “toles”, corresponding to one of the various typologies of community open spaces in medieval city planning in Kathmandu Valley. The “tole” is a religious, social, communal place for the residents and inhabitants to perform various communal, social and religious activities. As a social open space, for adults, it was place to chitchat with neighbors and friends, sharing their stories, while for kids, it was a playground where they could play, run, cycle, make new friends and the list goes on. The tole as an open communal space thus helped creating an intangible bonding with residents, hence, its significance goes beyond the mere physical space and it’s an integral part of the social domain of the traditional planning system in the valley. We observe many such chowks, bahas, toles, and squares as having multipurpose dimensions of social and public life in our medieval cities in Kathmandu Valley.

After exploring some of the developed European and Middle Eastern cities in the world, it becomes evident that, how my city, emerging to be modern, lags behind in recognizing children as city dwellers while gearing up for more cars, buildings and economic development. Being one of the developing countries in South Asia, in many parts of the country in Nepal, people still suffer from the lack of basic human rights, such as the right to education, sanitation, health and shelter. Therefore, discussing children from a city planning perspective sounds like a farsighted issue in Nepal. However, given the fact that country is rapidly urbanizing, and there is significant disparity between the urban and rural scenario, in terms of development and accessibility to basic necessities, this is an issue worth discussing, as we find more globalized and complex social dynamism in the urbanizing Kathmandu Valley.

According to the United Nations Convention on the Rights of the Child, the age groups between 0-17 years are considered to be children and by 2030, 60% of all urban dwellers will be under this age4. Hence the policy makers should consider the fact that children make up the larger percentage of the population in the urbanization process. According to the national census of Nepal, 40% of total population was below 15 years in 2001 and 34.6% in 2011 (CBS, 2001; CBS, 2011), where (before the federal system was implemented) the central and more developed regions, including the capital, Kathmandu Valley, have the highest share of the child population: 33.7%. (CBS, 2001). This figure suggests the importance of their role in planning the city. Children cannot voice their needs and claim their rights, and policy makers and the decision makers seem to neglect their role and needs in shaping the city in which they live. As any other citizen of the country, children do have the right to live in a city that best meets their needs. In present-day Nepal, we hear of discourses about smart cities and inclusive cities, in drafting our modern city plans, while in common understanding, inclusive cities aim to include the participation of all forms of human beings regardless of their age, gender, ethnicity or ability. In this regard, cities equally belong to the children as they belong to any adult capable of making their own decisions and speaking out for her or his rights. 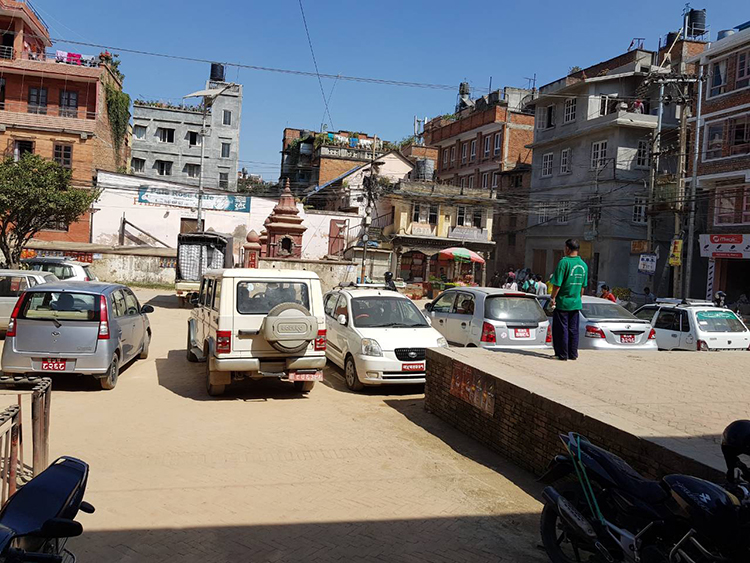 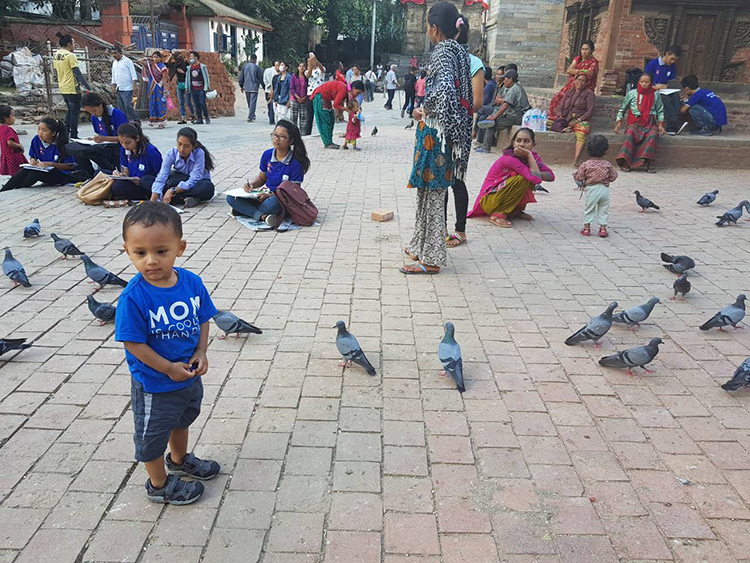 Scientific research has proved that children in many aspects are affected by the living conditions they grew up in5. The International Child Friendly Cities Initiative, was launched in 1996 and according to UN conventions, “a child friendly city is defined as any local system of governance, urban or rural, large or small, committed to fulfilling children’s rights. The UN conference on human settlements declared that well-being of children is the ultimate indicator of a healthy habitat, a democratic society and good governance” (Unicef). In cities of developed countries we can sense the adoption of modern city planning ideas with regards to child friendly strategies. Community play areas, greener open space, availability of safer pedestrian footpaths and safer neighbourhood street networks and ramps for children to move safely are some of the implemented city planning interventions I recognised while roaming around in those cities. Even for new moms, comfortable breastfeeding space, and diaper changing rooms were part of space planning in public buildings, which made parents more comfortable taking their babies out, encouraging mobility in new parents as well. Most of the public spaces were integrated with child friendly amenities like play areas, ramps, public toilets, public transport and a cleaner environment. Similarly, the city of Empoli in Italy is one of the innovative examples of city planning approaches where an attempt has been made to integrate the role of children. Their issues, needs and rights were incorporated in city planning to convert the city into a child friendly, greener and sustainable place. (Francis and Lorenzo, 2002). Likewise, Copenhagen, with collaborations with stakeholders like the Department of Sustainable Development, and the Child and Youth Administration among others, have operated various projects that mark the involvement of children. For example, conducting workshops with children for redevelopment of their neighborhood. During the workshops, children were involved in analysing their neighborhoods, and developing ideas, collages and prototypes of future development. These ideas were then exhibited in the city hall of Copenhagen and later planned and design by NORD architects. (UNICA, 2010).

Nepal, at present, is in the sensitive phase of development with the amendment of the new constitution and the complete restructuring of the country into federal systems to safeguard the rights and role of citizens in the country6. In our national context, children, as a development concern, were included for the first time in the Seventh Plan (1985-90) (CBS, 2001). The issues of children are addressed under the role of the Ministry of Women, Children and Social Welfare, which mainly concentrates on broader aspects, providing basic human rights and addressing UN millennium development goals. While the policy makers are rapidly bracing their role in paving new motorways for cars and vehicles, and strongly advocating the need of economic development, children’s requirements and needs in the cities are significantly ignored. It is sad to learn that even in the national report published by the Government of Nepal (2016) for the 3rd United Nations Conference on Housing and Sustainable Urban Development, the role of children and their right to the city have been significantly disregarded. Our children’s role and rights are as significant as gender disparity and senior citizens’ role, which were addressed as part of a socially sustainable urban development. 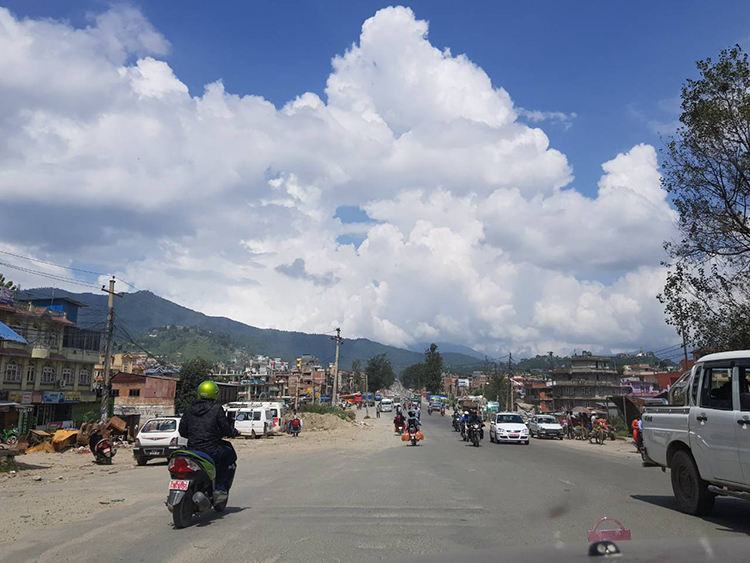 Among the various realms of children’s participation in city planning (Francis and Lorenzo 2002) and designing, in the developing South Asian cities like Kathmandu, the social acceptance for children as powerful and responsible citizens, faces a major challenge, as the social structure of urban family in Nepal is still focused on the conventional school of thought that perpetuates a patronizing attitude. For example, if the children argue or voice their opinions to the elders, in most of the cases it is taken as matter of disrespect. With these old social conventions still existing, the role and importance of children in decision-making is challenging and questionable, right from the family kinship of society. This social reality is well reflected in the bigger picture of urban governance.

Living in a social realm still determined by these discourses, as an educated urban mom I keep on wondering: When will my city have streets and public spaces where my child can walk and play safely? When will I visit the public space which my child would enjoy and feel it is the place for him as well? While I ask myself these questions I genuinely yearn for my traditional open spaces to be revived back to their original social role: belonging to humans and unchained from a generic, reductive and invasive modern urban development.


Notes
1. Kathmandu is the capital city of Nepal. It is one of the historic and cultural cities of Nepal. Being the capital city, it is also the economic and administrative hub of the country.
2. A child means every human being below the age of 18 years unless, under the law applicable to the child, majority is attained earlier.” United Nations CRC Article 1.
3. Patan, Bhaktapur and Kathmandu are the three major core medieval cities inside the Kathmandu valley.
4. ARUP Report, 2017. Cities Alive, Designing for Urban Childhoods.
5.UNICEF Report, 2016, highlights the significance of development of childhood that can affect the future earnings. (UNICEF, 2016)
The research study by Harvard University suggests, early experiences affect the development of brain architecture, which provides the foundation for all future learning, behavior, and health. (accessed through: www.developingchild.harvard.edu.)
6. “Nepal embarks on journey towards federal destiny”, The Himalayan Times 21st of Septemeber 2015 (Khanal, K., 2015).

+
The initial version of the article was initially published on the following website: www.urbanwritings.com

Brinda Shrestha is an architect and urban planner from Nepal and currently practicing architectural and planning works in Nepal. Brinda has gained her working experiences in different private consultancies and academic and government institutions during her decade long career starting in 2007.