It is a five-hour hike from the peak of Mount Vesuvius to the Roman ruins of Pompeii, following the flow of the lava that burned its way to the ancient settlement many decades ago. The land between is an indeterminate space. It is bleached out by the strong presence of the two landmarks, but is still a vital part of greater Naples. It is neither urban nor rural, existing in a state between nature reserve, landfill and farmland.

Following the path of the ancient lava flow, past the surveillance cameras on the slope of the volcano, one finds landscapes and architecture in different states of informality. An unfinished yet disused hiking path marks the first bit of the path downhill, past overgrown benches and blank signposts until a tarmac street begins, winding further downwards.

Many of the hotels on this side of the mountain closed when the main street to the peak was moved to the other side. Some are still operating, others are abandoned and in various states of decay. The peak and the slopes of Vesuvius, with its frozen lava stream, is a nature reserve. Officially, no permanent structures are permitted in this area, and yet one finds gardens, ruins and unregulated housing wedged between strips of vineyards and farmland.

Further down past a quarry and a guard dog the nature reserve merges into the outskirts of Naples and its social housing developments. The faceless blocks exist next to fenced-in Roman ruins, excavated with the intent of funding the construction of more affordable living space. Few people come here; locals don’t want to pay the entrance fee and tourists don’t want to dive too deep into the suburbs with famous Pompeii so close.

Campania Felix, the lucky soil, the fertile land for the Romans is today known as La Terra dei Fuochi, the Land of Pyres, as Roberto Saviano calls it in his work with the telling title Gomorrah. Here, the toxic waste from all over Europe was dumped, and then burned once it started overflowing, disrupting the scenery.

Moving on, passing molten switch boxes and religious altars the fence protecting the conserved ruins of Pompeii emerges from behind rows of houses. It sticks out between the urban sprawl with its informal structures and mix of people – from the hotel owner to the bar keeper, to the policeman, the catholic sexton and the tourists. Everybody can find their place in this land between the volcano and its creation. 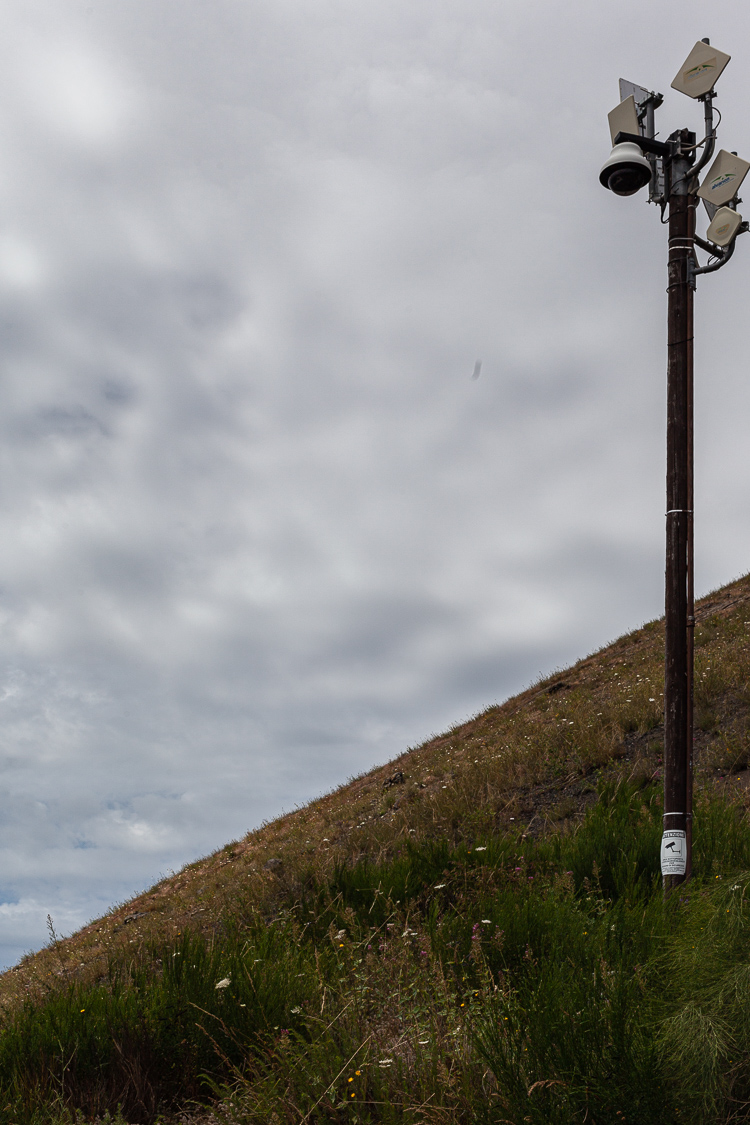 Image 1. CCTV Cameras on the peak of Vesuvius. 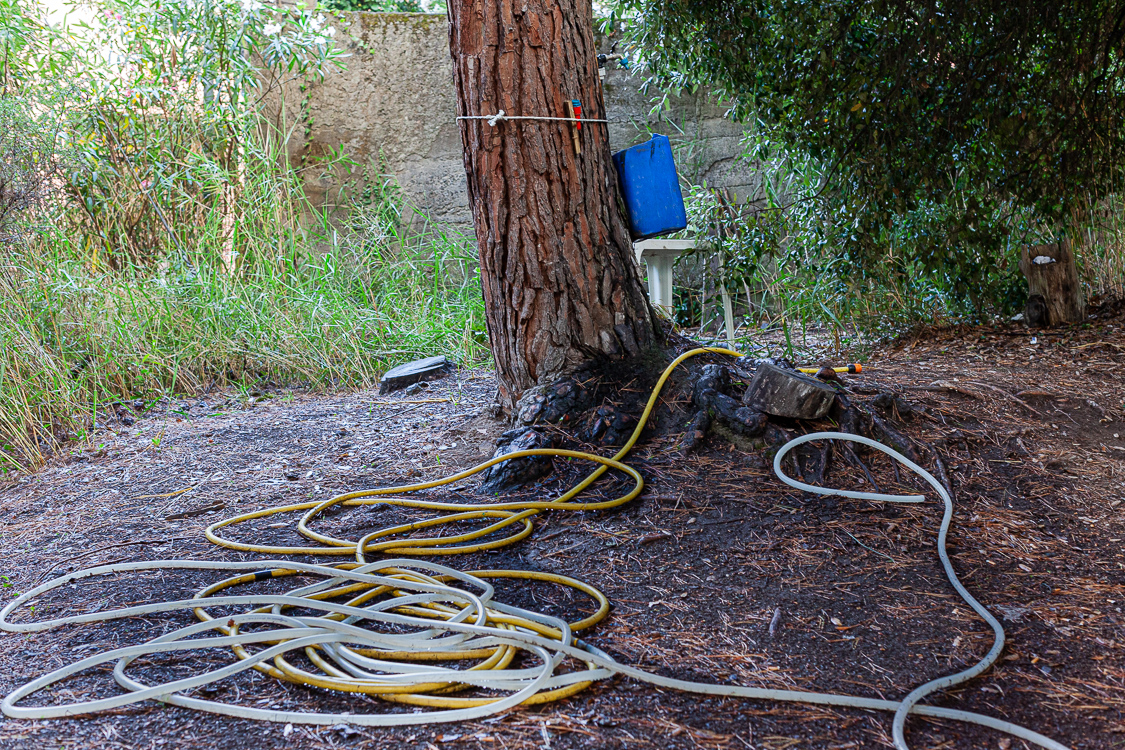 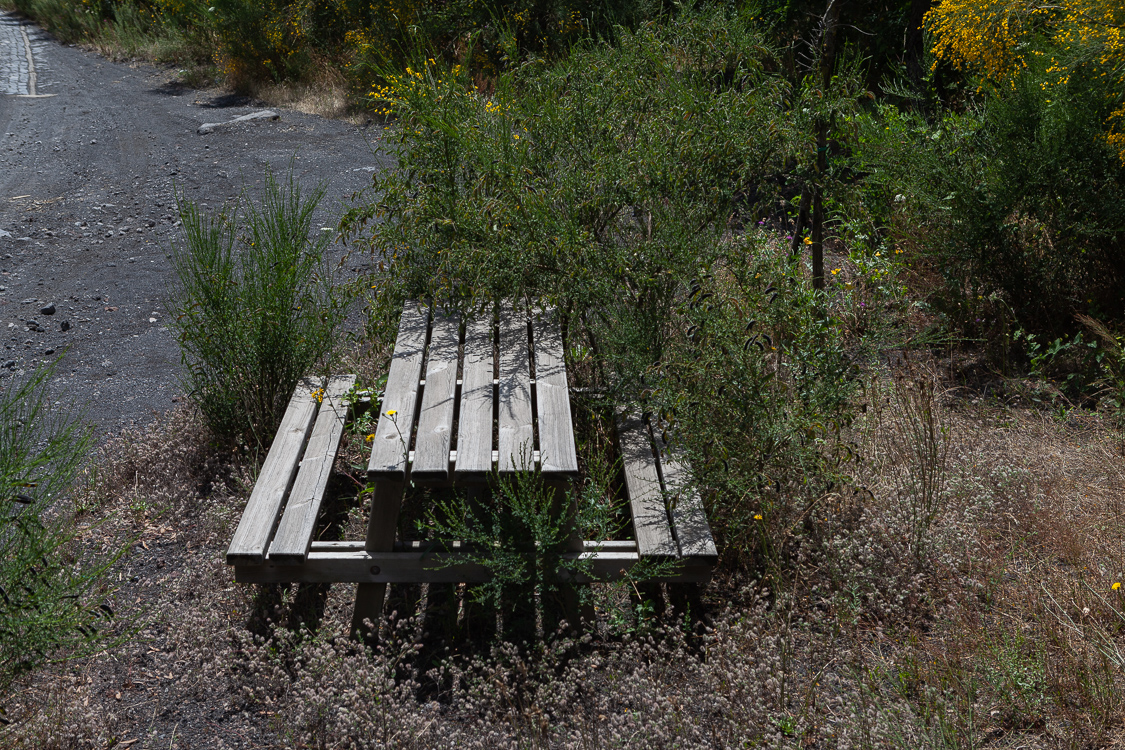 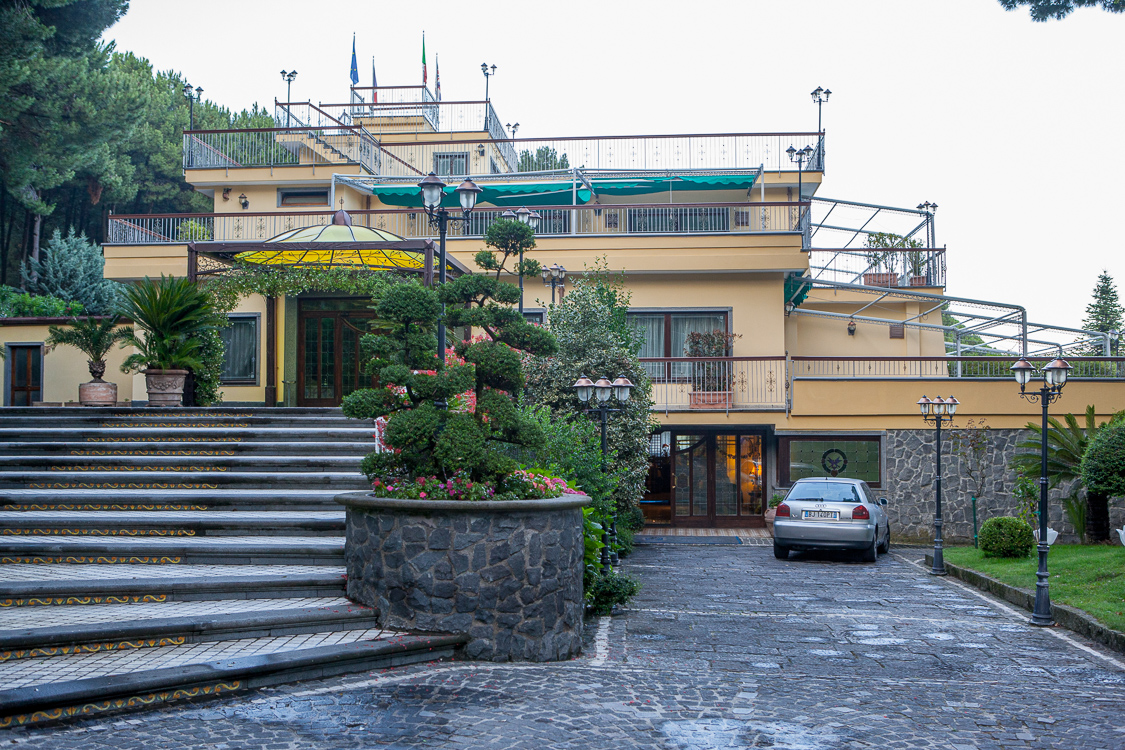 Image 4. Hotel on the slope of Vesuvius. 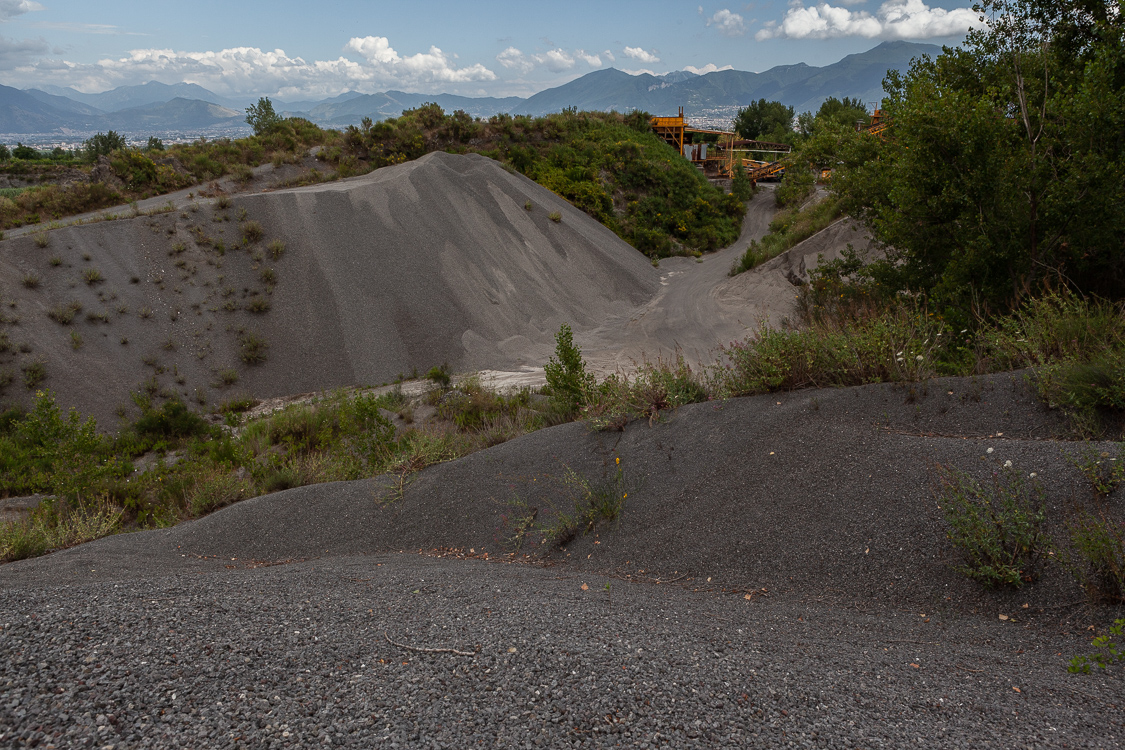 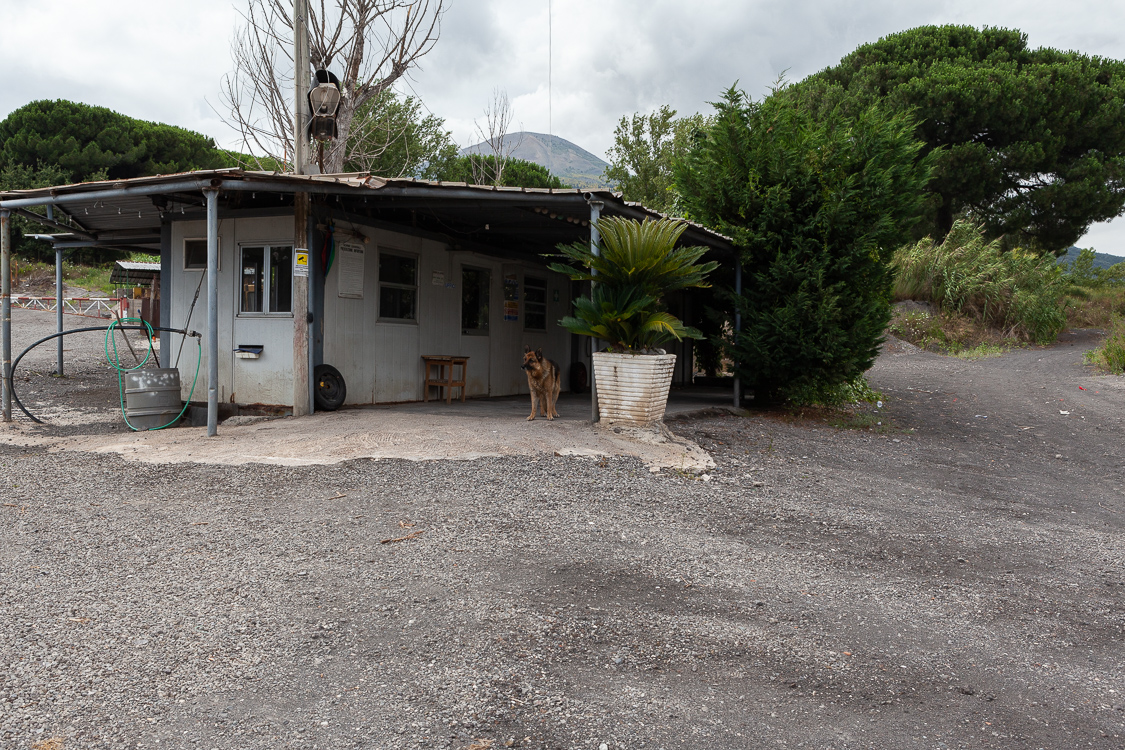 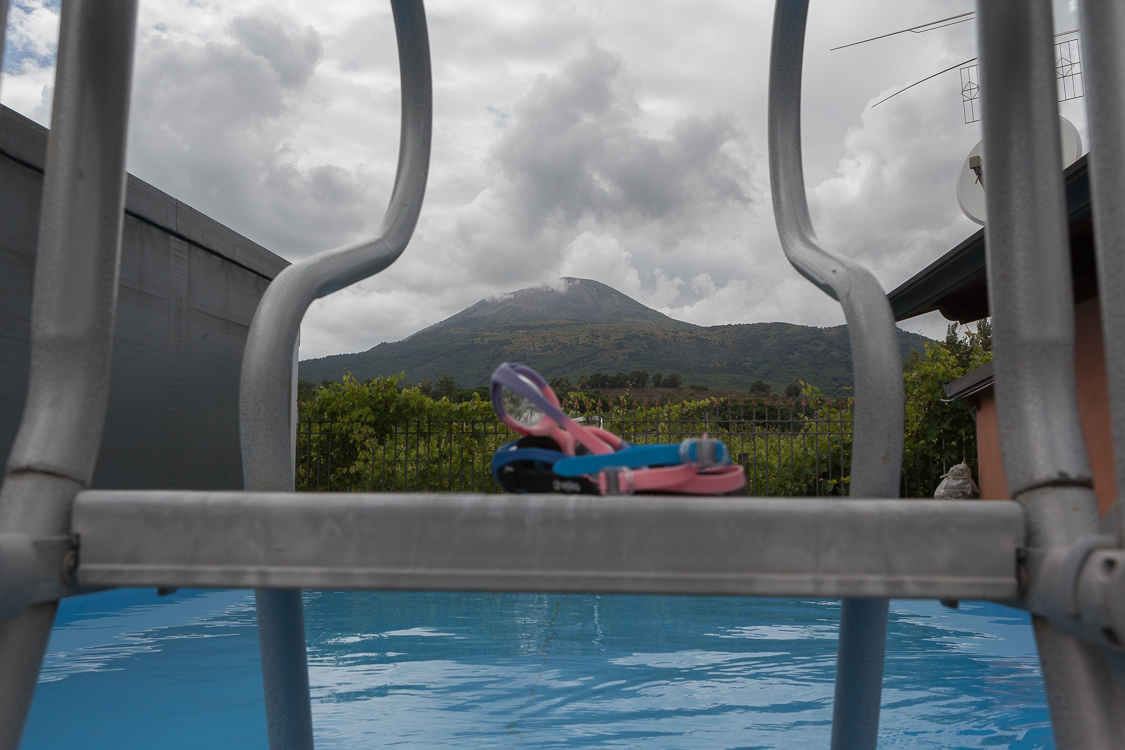 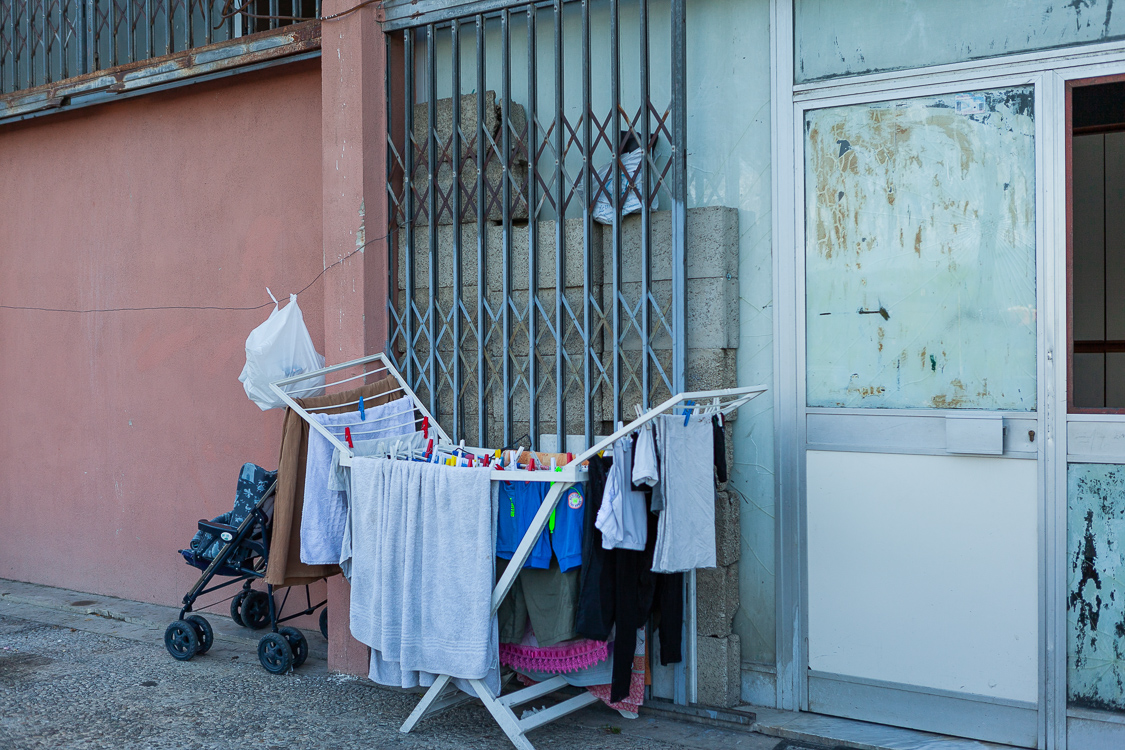 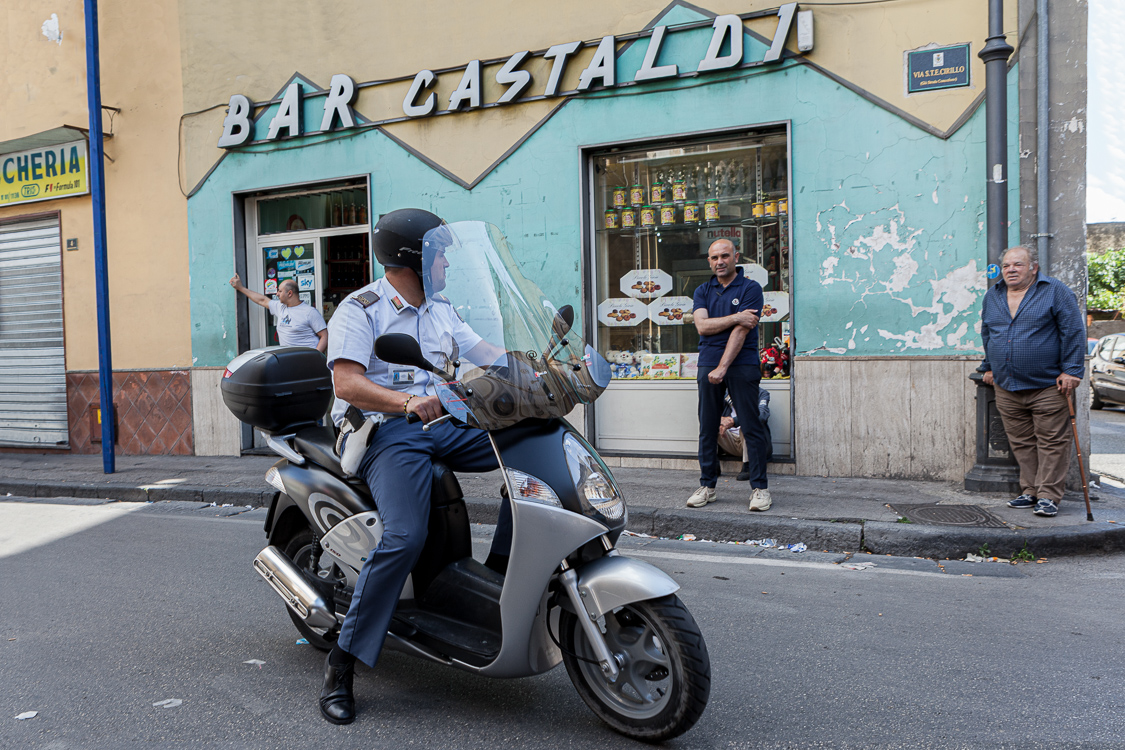 Image 9. Street scene in the suburbs of Pompeii. 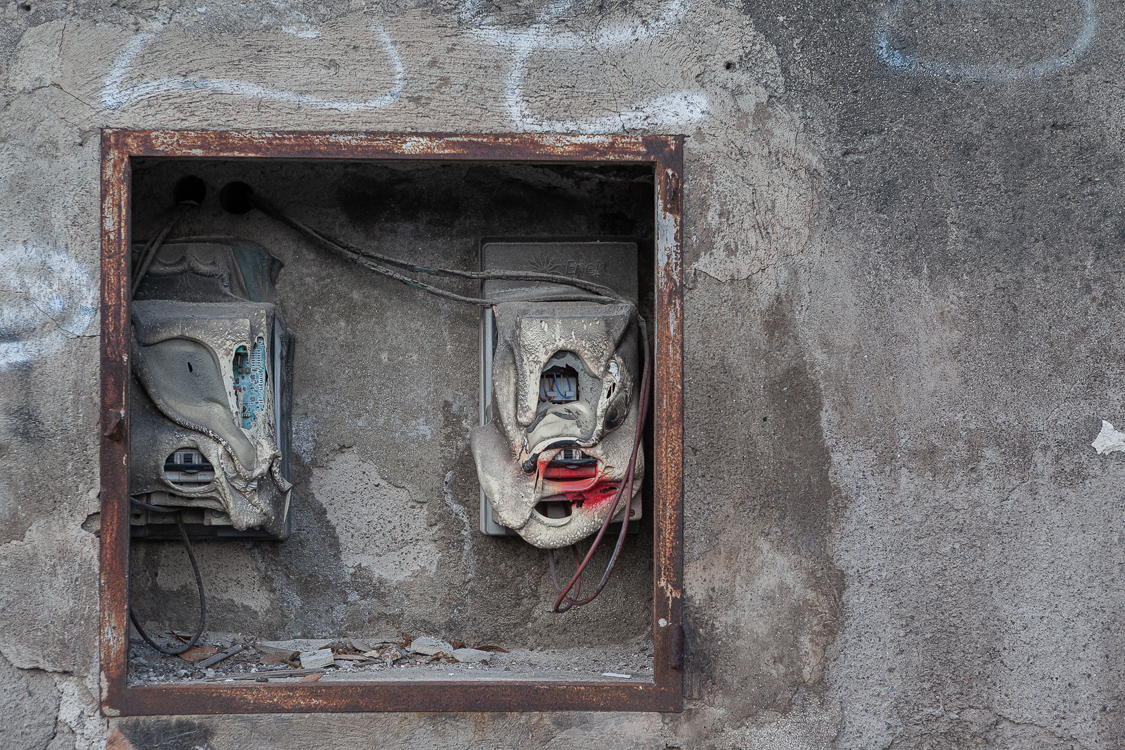 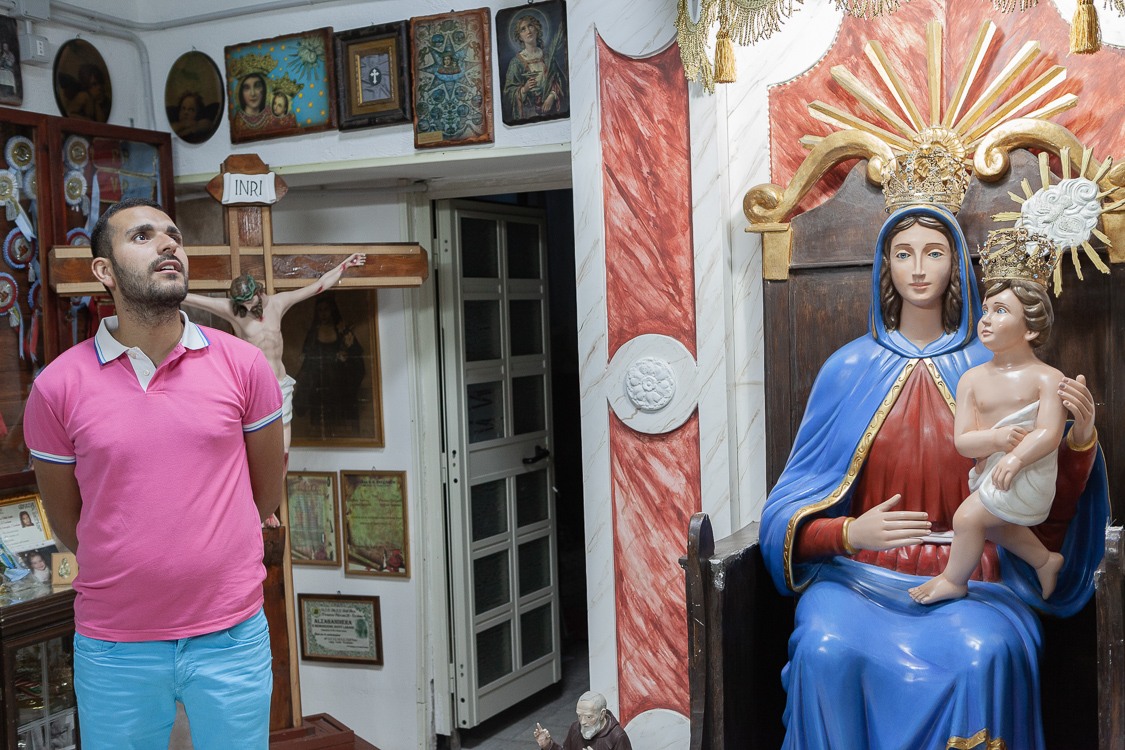 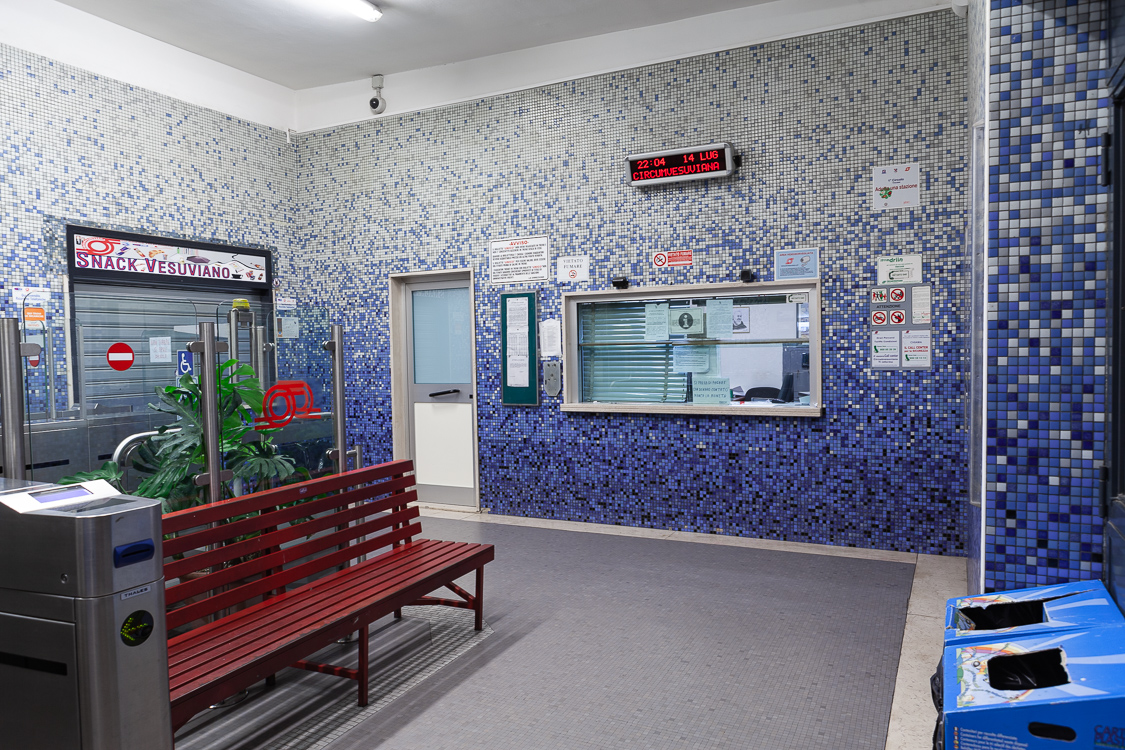 +
This work is outcome of the walk and work with the Stalker collective and their urban research using participative tools, specifically the method of collective walking.

Klemens Czurda has a background in the studies of Sociology and Media Arts and works as a filmmaker and photographer.

Lucija Matić has a background in Cultural Studies and currently develops her PhD thesis in Heritage Studies.