The present work follows the connections between the marginality seen in urban policy and the historical precedents of territorial fixation and stigmatization, using as a case study the informal settlement Segundo Torrão, in Portugal. The informal settlement Segundo Torrão is located on the riverside of the Tagus, where the river empties into the Atlantic Ocean. Spontaneously created by Lisbon’s residents in the 1950s and densely inhabited by immigrants, mainly after the liberation of the Portuguese colonies in Africa in 1974, this piece of land is suffering from environmental issues and its 3,500 residents live under the threat of the water level rise. The situation was publicly claimed as urgent and the authorities proceeded to implement special measures, which had the effect of destabilizing and further marginalizing its residents; in 2019 the evacuation was announced, even though there was no clear plan for the relocation and the rehabilitation of the displaced families. The ensuing procedures are still ongoing.

In the 16th century, Lisbon was one of the most important ports of Europe and the land across the river, which now is called Trafaria, while barren, served well as the city’s lazaretto. In 1565, the Cardinal D. Henriques officially declared it as a place for quarantine, where infected people and goods were isolated from the wave of commerce. During the 18th century the former lazaretto was still a place for the exiled as well as a dumping ground for the waste of Lisbon. Between Trafaria and Costa da Caparica lay a heavily polluted area, where the stagnant sea water attracted mosquitoes that were spreading fever and death. In 1882 a forest was planted in the spot offering a solution for the drainage of the stagnant water. More than a century later, in the context of the general urban development and land investment, the land around the forest was sold, passing through the hands of different owners. None of them managed to get permission to build there, due to environmental restrictions, and the area remained unused. In the meantime, Trafaria was known as a fishing village and an ideal weekend destination for the residents of the popular neighborhoods of Lisbon. During the dictatorship of Salazar, between 1954 and 1974, some of its visitors gradually built wooden houses on the riverside, for which they received an informal license from the port of Lisbon. Eventually they decided to move there, mainly due to their financial challenges of affording a house in the city. After the liberation of the Portuguese colonies in Africa in 1974, African families from Angola, Cape Verde and Guinea appeared in the same area looking for an alternative to the high cost of living in Lisbon. Using temporary materials, they built their settlements in the spot closer to the forest which was not occupied. Independent Roma families also inhabited the area. Due to its location, Segundo Torrão was not immediately noticed by the authorities. But, as the neighborhood continued to grow, its residents–with little institutional support–proceeded to enter negotiations with the State, demanding secure land tenure and legal infrastructure. Regularization barely seemed feasible and in 2019 the municipality of Almada announced the relocation of the inhabitants, as part of the risk management strategy for the coastline. Despite the fact that a small number of families already received some support and moved to social housing, as yet there is neither a structured plan nor a concrete timeline for the relocation and rehabilitation of the rest of the population.

People don’t occupy hostile land willingly. Their choices, as time goes by, take on specific meanings, too important to be ignored. The main part of Segundo Torrão’s population chose to inhabit the area informally before there was a plan or any infrastructure, because life in the city was not affordable. Alongside this, the city’s very specific and controlled identity is a factor that contributes to the exclusion of those of different cultural backgrounds or of those that were used to living in a less urban landscape. The land of Segundo Torrão on the outskirts of the city could be a real, viable option for many people. Technical support structures could alleviate the erosion and help mitigate the immediate threat of the water level rise. Participatory decision-making systems, focusing on the self-determination of the residents, could aim to alter the specific connotations attributed to the area–which long practiced conventions have established as marginalized. The precarious land tenure of Segundo Torrão’s inhabitants doesn’t come exclusively as a result of the land’s environmental conditions. It also comes as a result of the former use of the land as the city’s lazaretto and dumping ground. The policies that generated that use in the first place are based on the idea of isolating whatever is associated with (or considered as) disease (i.e. from toxic waste to people), as a means of reinforcing the city’s economy. These practices are still dominant worldwide, sustaining an uneven distribution of resources in different territories, which causes exclusions and various kinds of dysfunctions. Thus, a question is posed about whether or not it is useful to understand cities as spatial territories that can be approached as separate or independent, namely without being considered in their constituent relations as systems within broader systems. In such a consideration, their long-term engagement with their surrounding areas is crucial. I argue that in this context, it is essential to discuss the principle of territorial fixation, in order to be able to enable assemblage thinking practices (heterogeneous and multiple processes) over the dominant practices. This approach brings in the perspective of social and broadly territorial equality. 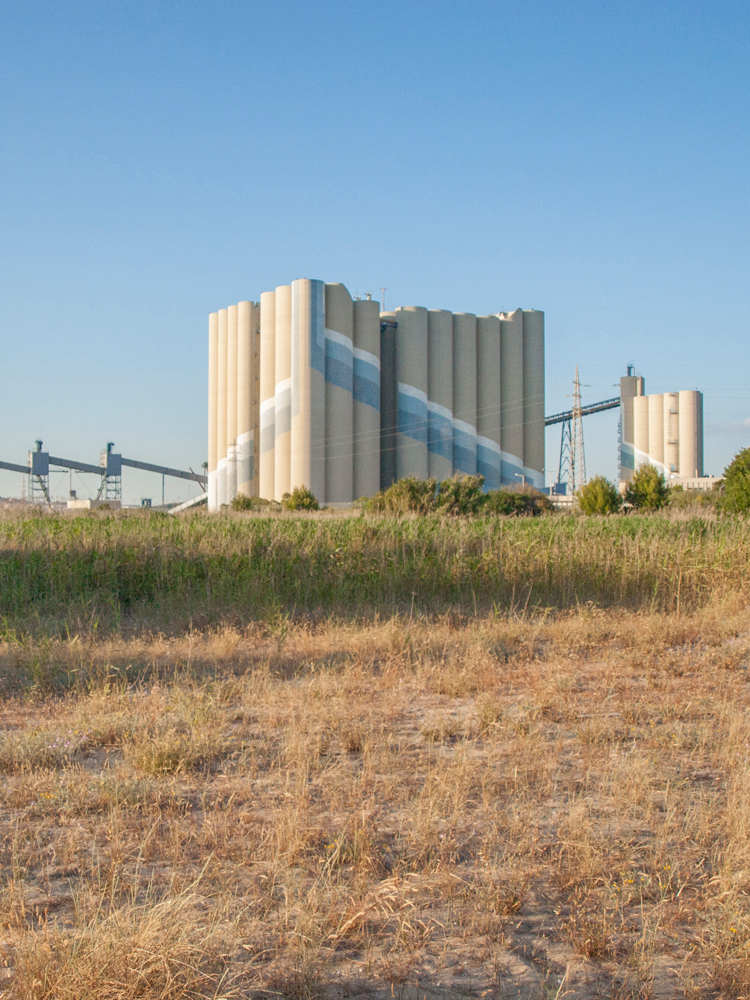 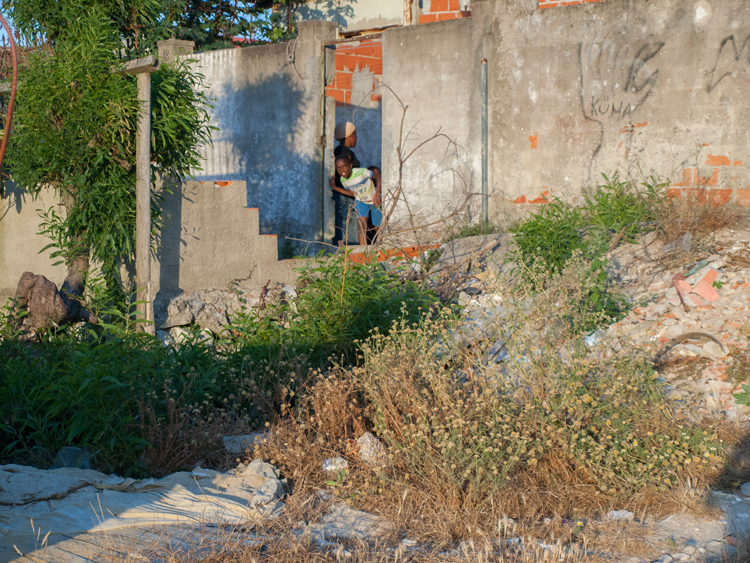 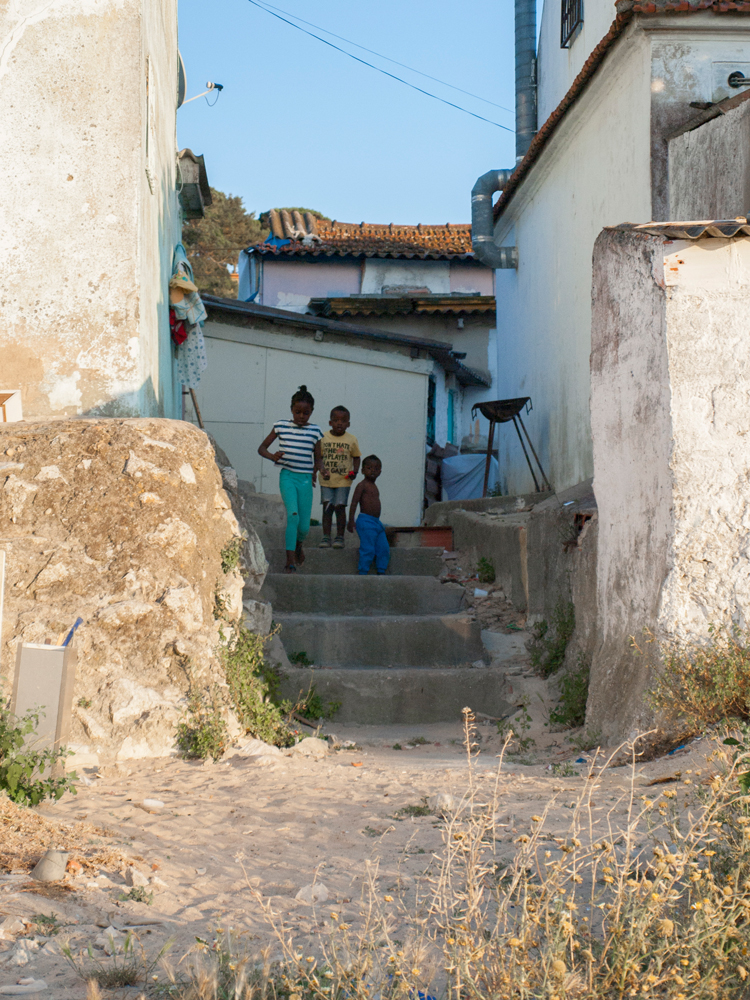 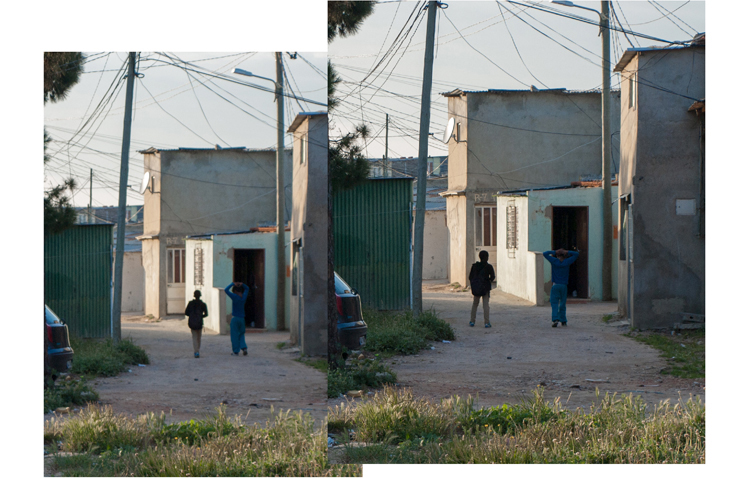 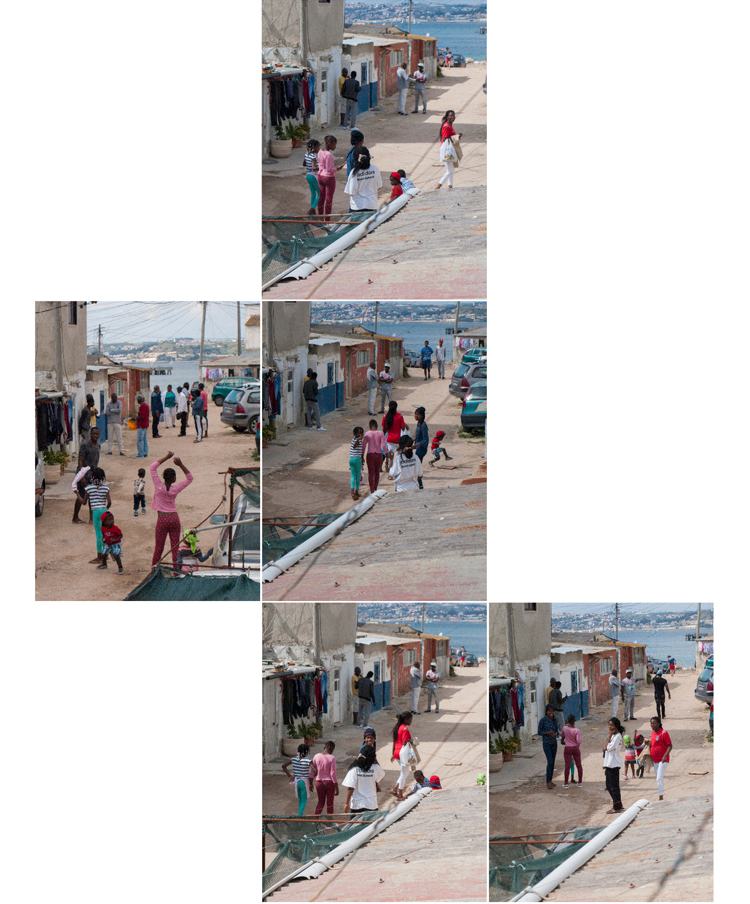 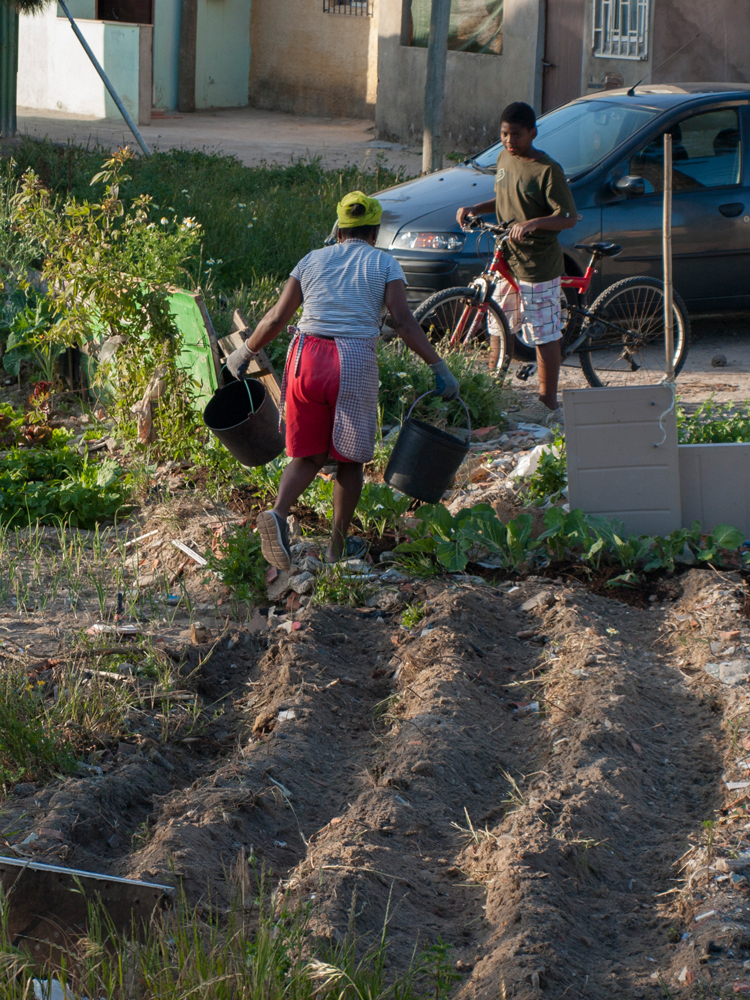 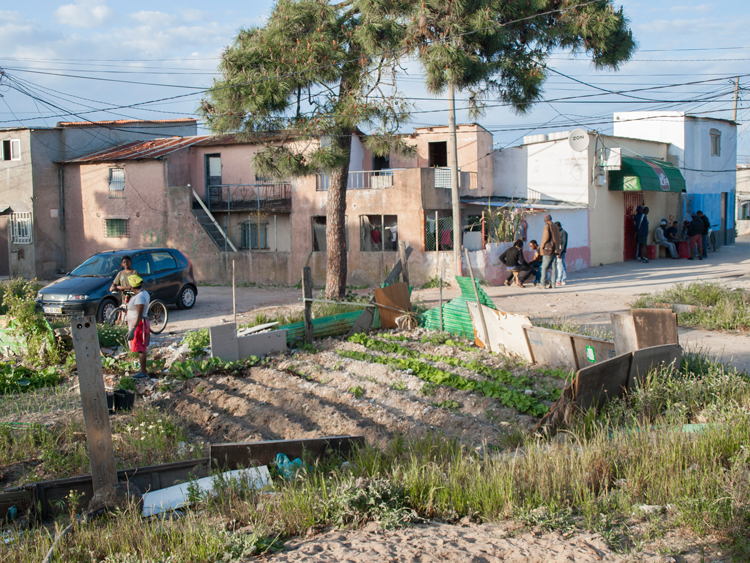 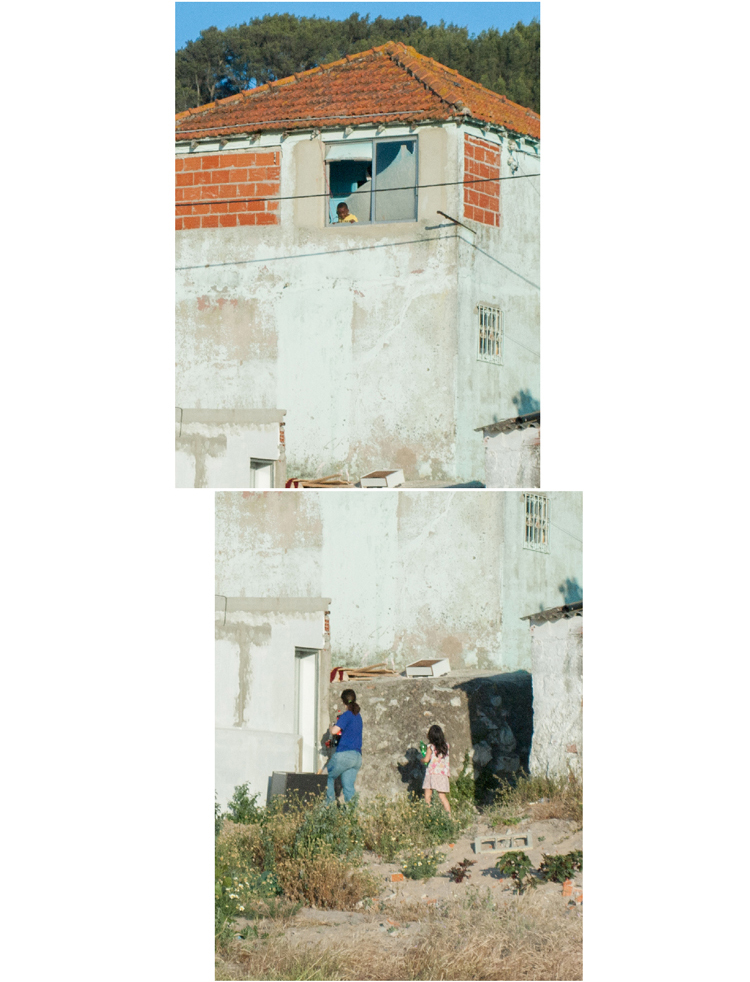 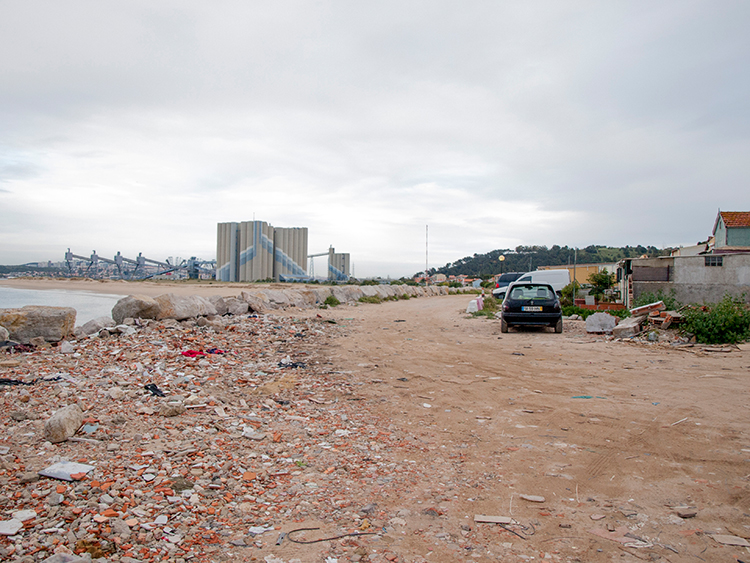 Loukia Batsi is a Brussels-based photographer and location scout. Holding a diploma in Product and Systems Design Engineering, she is further interested in the interrelationships between people, place, and environment, following systems theory approaches.